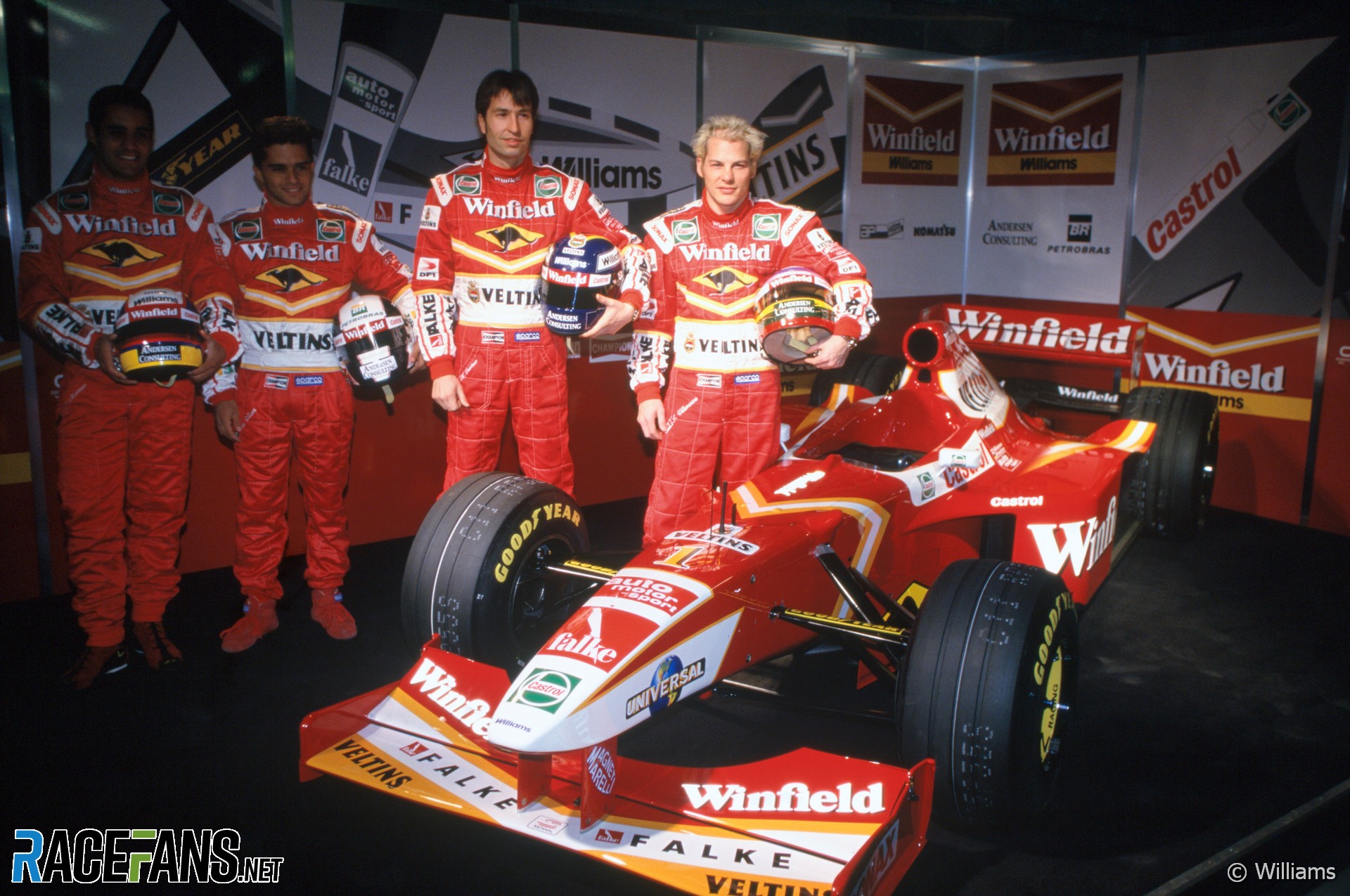 The Williams FW20, which contested the 1998 Formula 1 world championship, marked a major decline in competitiveness for the team.

For the first time in 10 years the team ended the season without winning a single race. They never looked like keeping McLaren from taking the constructors’ championship it had won in five of the previous six seasons, and drivers Jacques Villeneuve and Heinz-Harald Frentzen never figured in the championship fight, reaching the podium just three times between them.

Williams faced multiple blows to their once-dominant status. Engine suppliers Renault had been sated by years of dominance and, with nothing left to prove in the sport, pulled out. That left the team using customer Mechachrome engines developed from their previous power plants.

Star designer Adrian Newey, frustrated at a series of driver changes in which he had not been consulted including the firing of Damon Hill in 1996, had joined McLaren the previous year. That deprived the team of a coveted asset as teams grappled with a radical change in aerodynamic and tyre regulations which made the cars 200mm narrower (reduced to 1,800mm) and introduced grooved tyres for dry-weather running, both in a bid to curb cornering speeds.

Adding to the unfamiliarity of Williams’ loss of performance was a total change in colour scheme as its primary backing shifted from one tobacco sponsor to another, Winfield replacing Rothmans. But the strange sight of Williams racing in red only lasted two seasons.