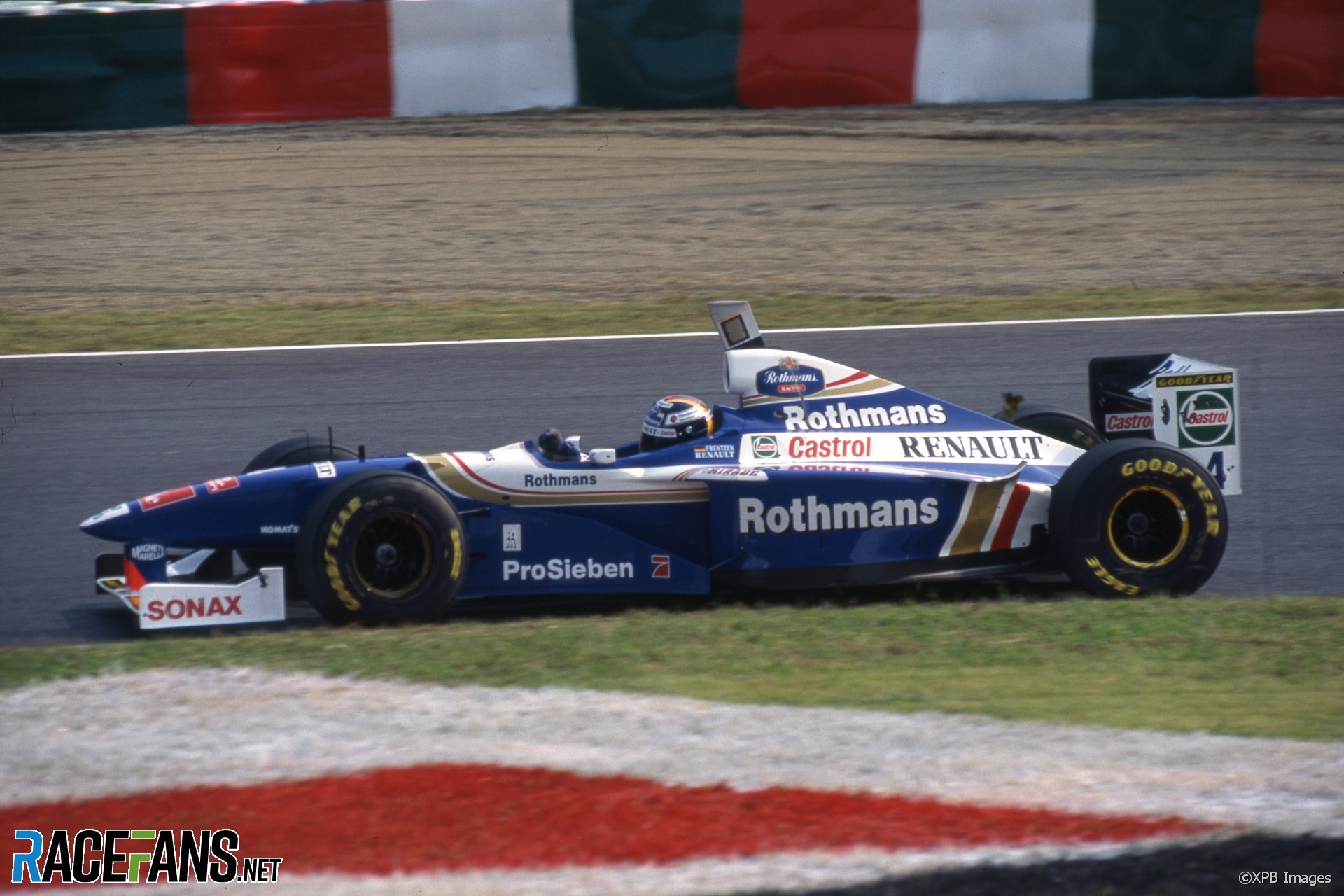 The FW19 holds the honour of being Frank Williams’s ninth and final championship winning car – a fact that would have been unfathomable to anyone you may have told back in the late nineties.

Williams had enjoyed by far their most successful period in the nineties and the 1996 season proved their most dominant, with 12 victories out of 16 races with the pairing of Damon Hill and rookie Jacques Villeneuve who the team had brought over from the CART IndyCar series.

After controversially cutting ties with Hill for 1997 in favour of Heinz-Harald Frentzen, Williams faced heavy competition from Ferrari and Michael Schumacher throughout the season.

Designed once more by the powerful combination of designer Adrian Newey and technical director Patrick Head with the ultra-powerful Renault V10 engine in the back, the FW19 was immediately the class of the field once again.

Villeneuve looked ominously quick from the opening qualifying session in Melbourne, taking pole by over 1.7 seconds from team mate Frentzen, but a first corner accident when Eddie Irvine put paid to any chances of taking ten points from the opening race.

Williams responded by winning the next three races, with Frentzen taking his first grand prix victory at Imola. But despite the FW19 often being a faster package than Ferrari and Schumacher, some self inflicted mishaps did not help their cause. Villeneuve crashed out of second place on the opening lap of his home race in Canada, crashed out of a wet Monaco Grand Prix and spun out of the German Grand Prix chasing Mika Hakkinen. Meanwhile, Schumacher poached wins whenever he could, especially whenever the rain fell.

Eventually, the championship came down to a final race shootout between Villeneuve and Schumacher at the European Grand Prix at Jerez. Schumacher led the early stages, but Villeneuve mounted an attack after their second stops and dived up the inside of the Ferrari into a corner. Schumacher turned into the Williams, knowing Villeneuve failing to finish would make him champion. But while he skidded into the gravel and out of the race, Villeneuve continued with a wounded car, eventually allowing the two McLarens of Hakkinen and David Coulthard by so he could safely finish third and secure the world championship.

It proved to be the end of an era for Williams as Renault departed the sport and Adrian Newey departed the team for McLaren ahead of the major rules changes for 1998. The successor to the FW19 lacked all the superiority of the 1997 car and Williams never enjoyed a season as successful as that again.