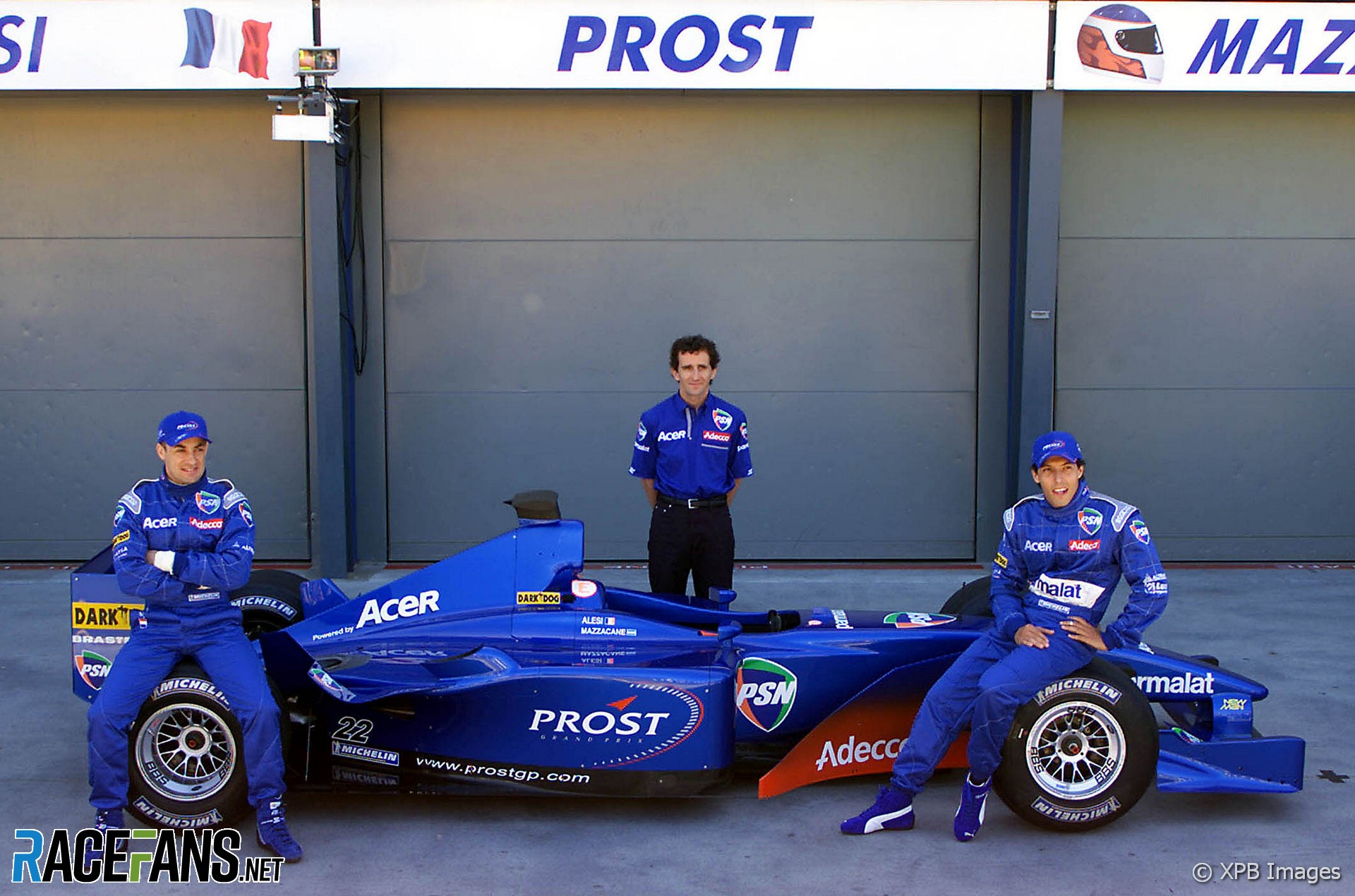 Alain Prost’s team went into its fifth season in facing an uphill struggle following the departures of a raft of sponsors.

However the decision to swap Peugeot power for Ferrari – plus the world champions’ gearbox and rear suspension – promised to transform the performance and reliability of the car. The AP04 duly set eye-catching times in pre-season testing, when it ran with an almost blank livery, amid rumours the team was running it very low on fuel in a bid to court sponsors.

When the season began, the team soon discovered it was not as quick as the testing times promised. A fundamental problem lay in the fact Ferrari’s suspension had been configured around Bridgestone tyres, but Prost were using rubber from returnees Michelin.

Nonetheless Alesi dragged the car to sixth place for the final point in Monaco, and went one better with fifth in Canada. Two races later the team brought a major upgrade package for the AP04 but Alesi was distinctly unhappy with it, and said as much to the media. After scoring the team’s final point in Hockenheim he was dropped in favour of Heinz-Harald Frentzen, who had simultaneously been shown the door by Jordan.

Frentzen discovered new peaks to the car’s performance, putting it a sensational fourth on the grid at Spa. Points eluded him however, and while Alesi’s efforts had done enough to earn them ninth in the championship, Prost’s team folded in the off-season.