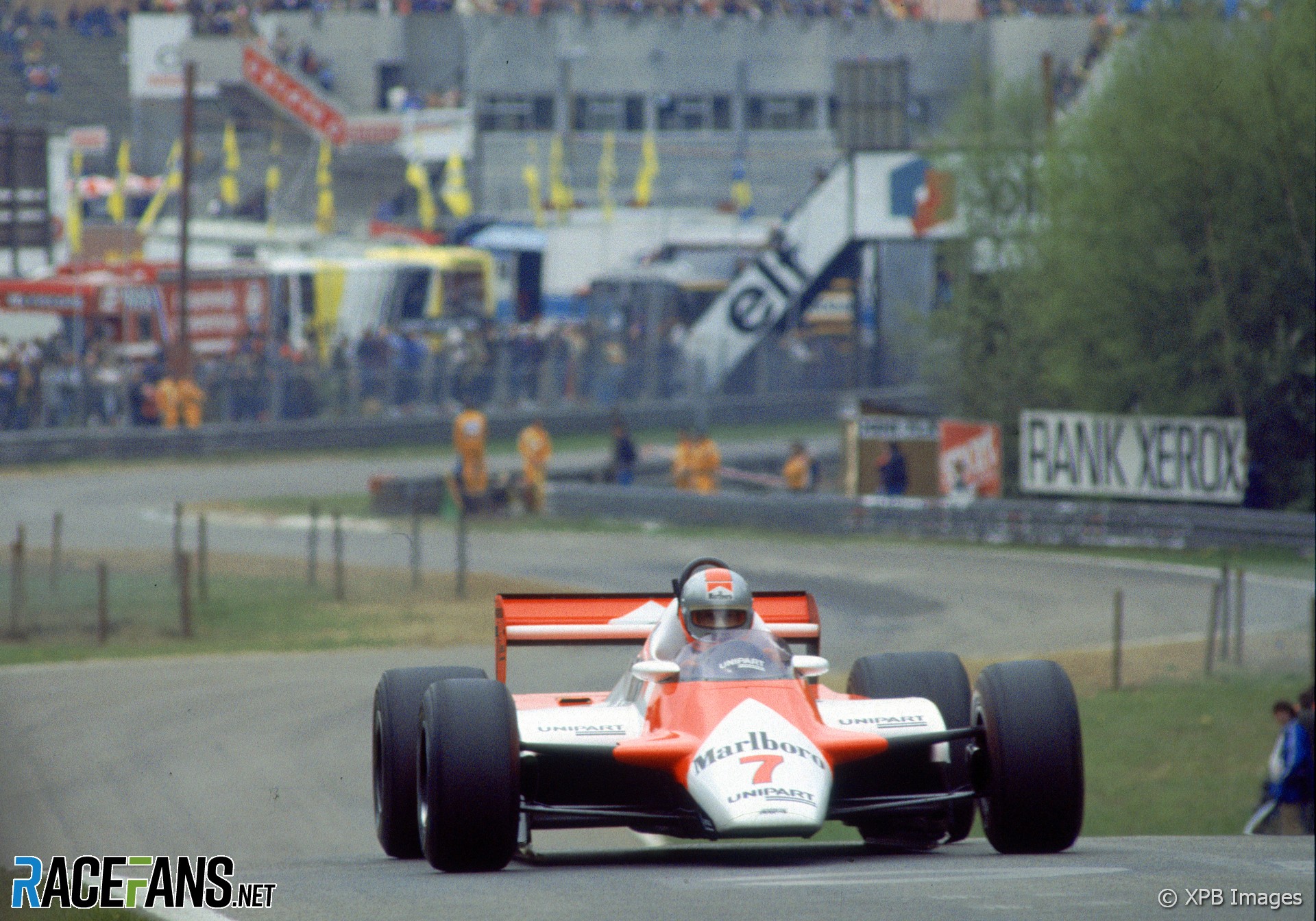 The McLaren MP4 (later called the MP4-1) was the first car with a carbon fibre chassis to race in Formula 1.

It was designed by John Barnard and was the first new car produced by McLaren following its takeover by Ron Dennis. It was therefore given a new chassis designation, ‘MP4’, for ‘McLaren Project 4’.

John Watson gave the Cosworth-powered car its grand prix debut at Buenos Aires in 1981. Team mate Andrea de Cesaris continued to use the M29F, an evolution of an earlier car after the team gave up on the M30.

The first version of the car won the British Grand Prix in 1981, and subsequent derivatives MP4-1B, C and E were used by McLaren in the next two seasons. By the end of its life the car had won six races.

The MP4-1’s groundbreaking design pointed the way forward for F1 car design. Significantly, sceptics who doubted how well the car would perform in a crash were won over when Watson survived a huge shunt at Monza during the Italian Grand Prix.

Read more about the car here: