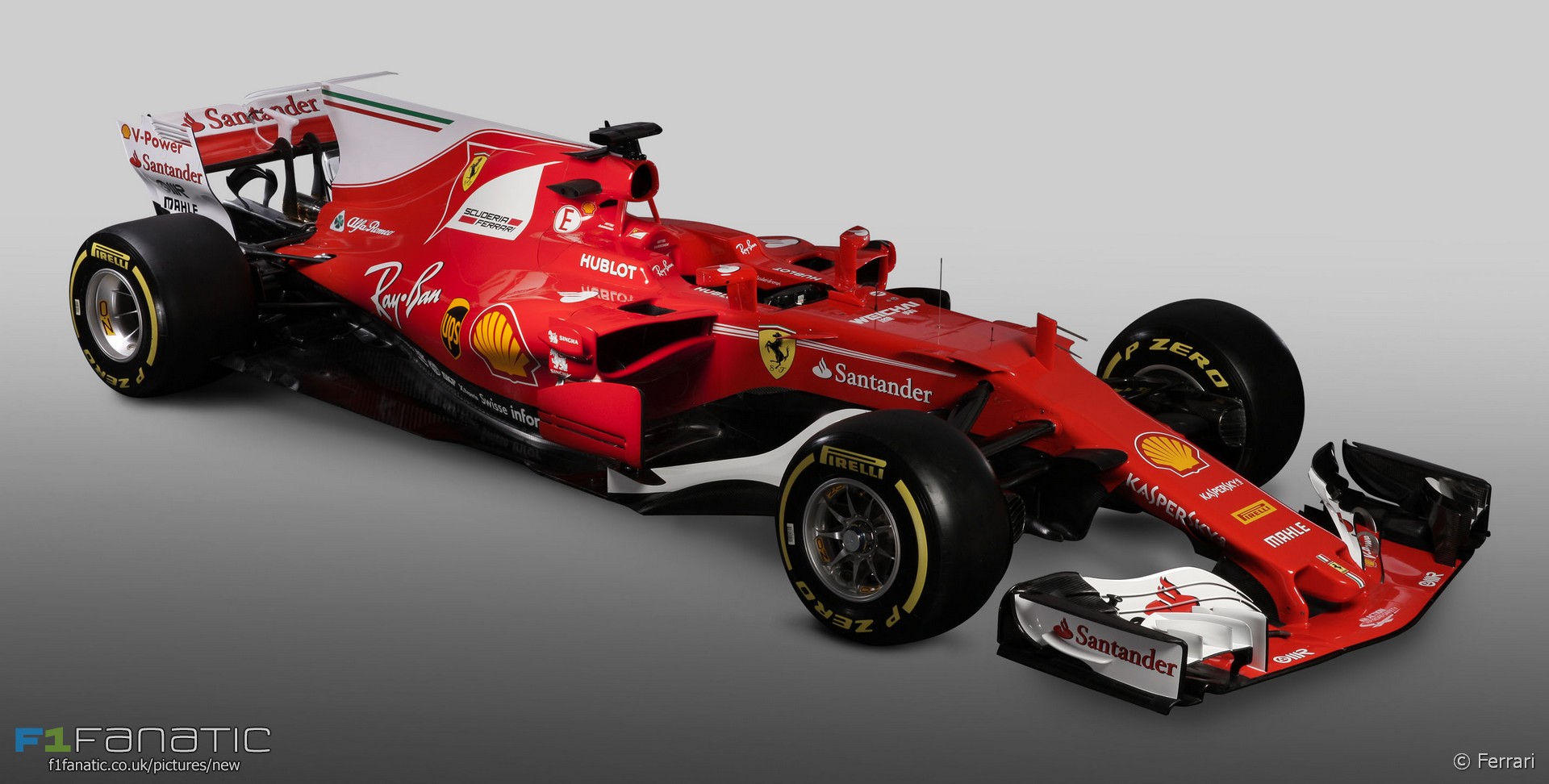 The car was Ferrari’s fourth design built to the V6 hybrid turbo regulations introduced in 2014. However for 2017 new rules allowed for cars to increase in width from 1,800mm to 2,000mm. Front and rear wings were widened, and the height of the latter was reduced.

Ferrari went into the new season following a period of upheaval in its technical department. Technical director James Allison had left the team in mid-2016 having been with them for less than three years. Dirk de Beer, another senior aerodynamicist, also departed.

Team principal Maurizio Arrivabene promoted Mattia Binotto to take charge of the technical team. Binotto had joined the team in 1995 and risen to the position of power unit director.

Ferrari began the 2017 championship with the same driver line-up of the previous two seasons: Sebastian Vettel alongside Kimi Raikkonen. However in 2016 they had failed to build on the three victories scored in their previous season, posting their second win-less campaign in three years.