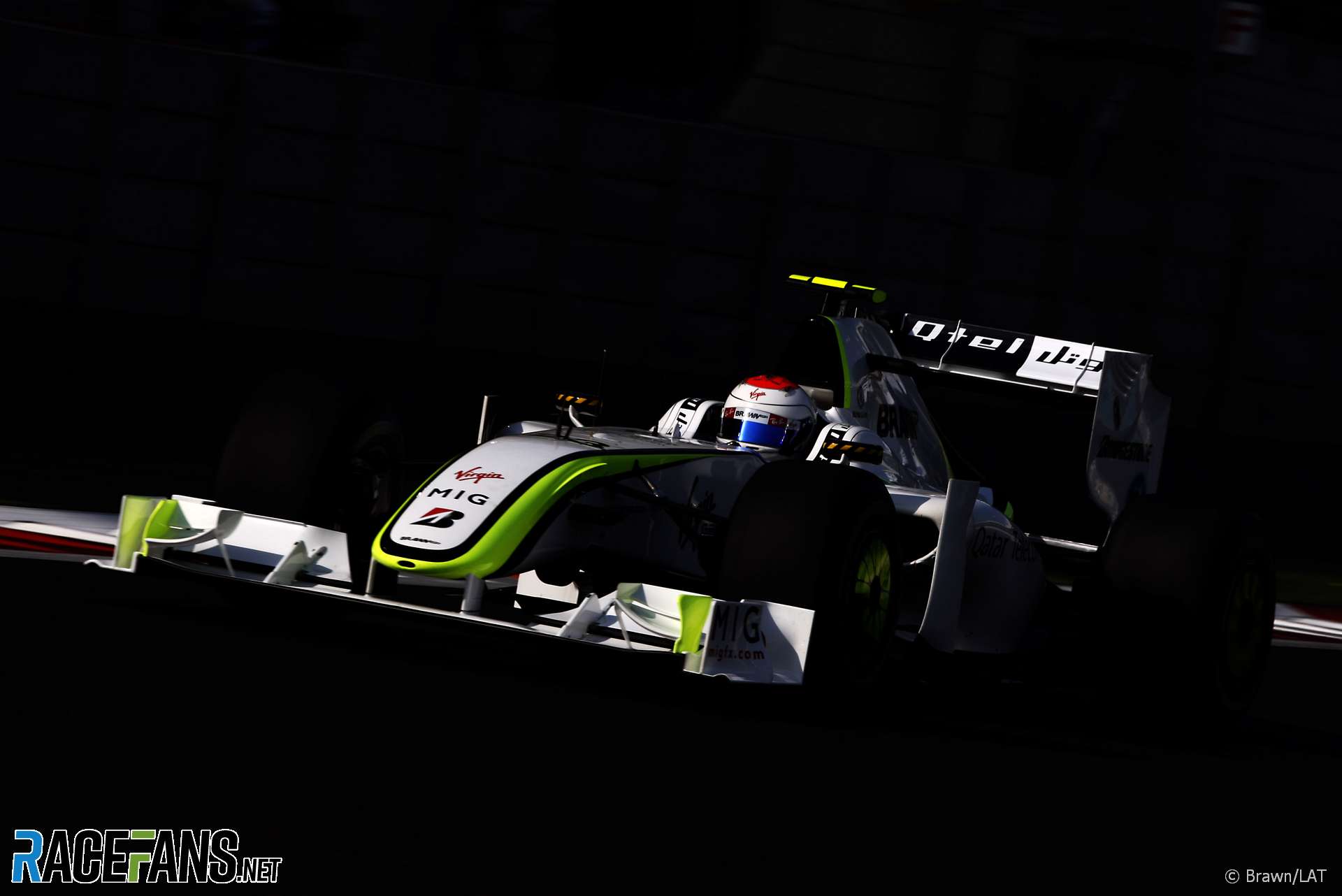 The Brawn BGP-001, which contested the 2009 Formula 1 world championship, produced a fairytale result for a team which had almost disappeared a few months earlier.

Following the end of the 2008 championship Honda unexpectedly announced it was withdrawing its team from the sport. The Brackley-based outfit was eventually saved by a management take-over led by Ross Brawn and Nick Fry, which led to the team re-entering the championship as Brawn GP. In place of its Honda engines a supply of Mercedes V8s was sourced for the team’s new car.

Although Honda had struggled in the previous two seasons, Brawn had laid extensive preparations to take advantage of new regulations coming into force for 2009, including an overhaul of the aerodynamic regulations. The team was one of three, along with Toyota and Williams, to exploit a loophole in the rules to increase the power of its diffuser by using holes in its surface to create what became known as a ‘double diffuser’.

The car demonstrated its potential from the first race of the season, where Jenson Button led Rubens Barrichello in a one-two for the team. A string of further wins for Button put him on course for the world championship, even though Brawn GP’s limited budget meant they were quickly caught by the likes of Red Bull.