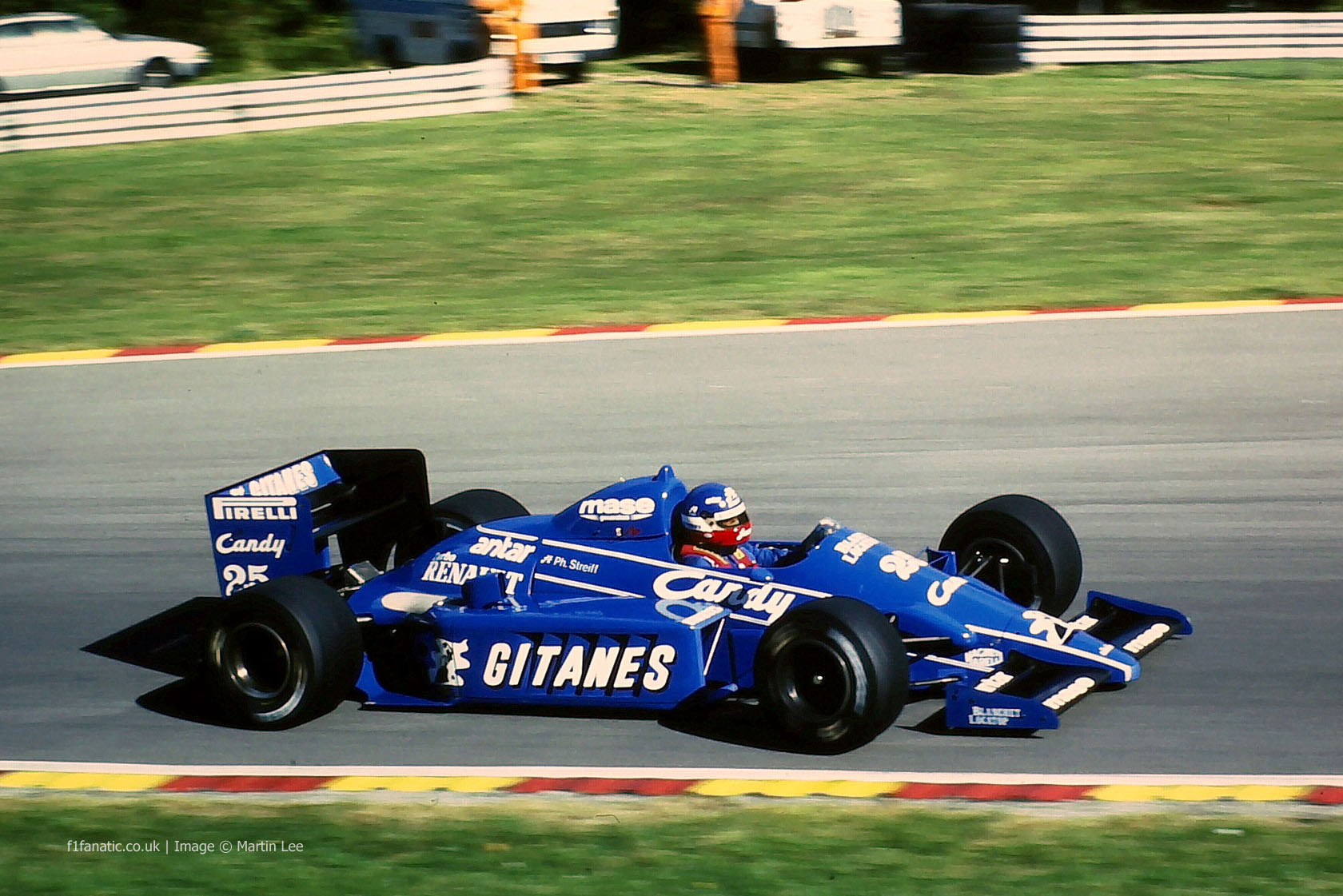 Philippe Streiff achieved a podium finish in only his sixth Formula One race. However after years of persevering with uncompetitive cars his racing career was ended by an accident which left him with spinal injuries and paralysis.

Streiff campaigned an AGS in Formula Two and got his break in F1 courtesy of another French team, Renault, who ran a third cars for him in the 1984 season finale at Estoril in Portugal.

The following year he had another chance with Ligier, who brought him in for four races after the crash-prone Andrea de Cesaris was shown the door. Streiff followed team mate Jacques Laffite home for third place at Adelaide.

However there was no place for Streiff at the team the following year as Rene Arnoux joined them for Ferrari. He joined Tyrrell instead, managing a handful of points finishes over the following two seasons. In 1987 he finished second to team mate Jonathan Palmer in a one-off championship class for drivers of normally aspirated cars called the Jim Clark Cup.

He returned to his former team AGS in 1988, driving their sole car in their second year of F1, but ended the year pointless. Then while testing for the 1989 season at the Jacarepagua circuit in Rio de Janeiro, Streiff suffered a huge high-speed accident.

The damage to his back left Streiff with tetraplegia. However he remained close to the sport, organising the Masters Kart race in Paris which attracted the participation of several F1 drivers. He has also commentated on F1 for French television network Canal+.