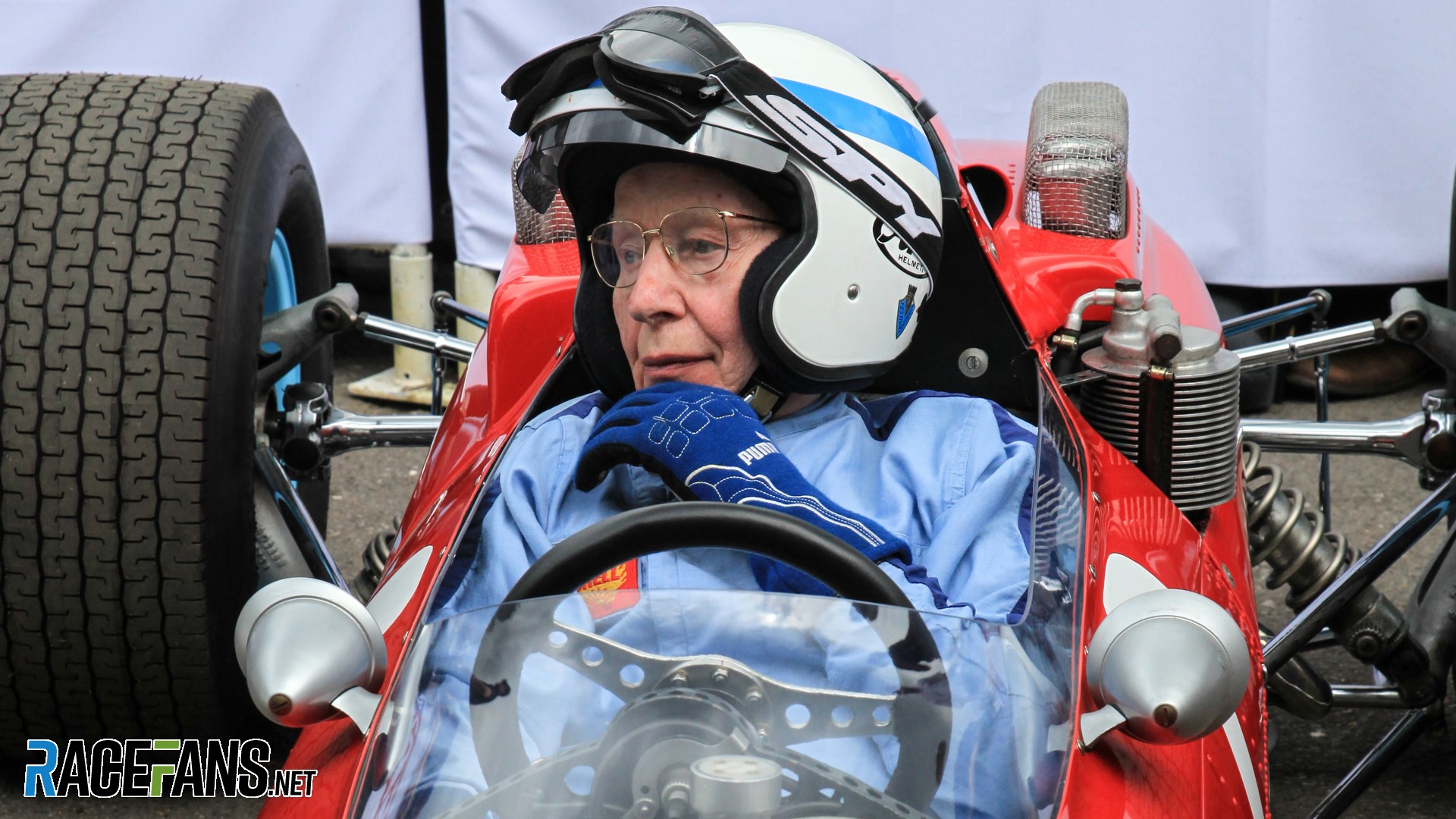 John Surtees is the only driver to have won world championships both on bikes and in cars. The 1964 F1 champion’s career spanned 13 seasons of grand prix racing, after which he briefly ran his own team.

His world motorcycle championship wins came before his 1960 F1 debut at Monaco with Lotus. His transmission failed in his first race, but he finished second at his second attempt, at his home event.

Surtees then left Lotus, not wanting to be number two to Jim Clark, and campaigned a Yeoman Credit-run Cooper. It wasn’t until he moved to Ferrari in 1963 that he found success, claiming his first victory at the Nurburgring as the team returned to form.

The 1964 season didn’t start well for Surtees – his Ferrari 158 failed to finish three of the first four rounds and he sat eighth in the championship. But with only the best six results counting towards the championship he posted six podium finishes – two wins, three seconds and a third – to amass 40 points.

The proved enough to beat Graham Hill, who had scored 41 points but had to drop two. A collision between Hill and Surtees’ team mate Lorenzo Bandini in the season finale in Mexico also helped swing the title to the Ferrari driver.

A dreadful crash at Mosport in 1965 spoiled Surtees’ championship defence and complications arising from it would hinder his racing career from then on. He split from Ferrari in 1966 after a falling out with team manager Eugenio Dragoni.

In 1967 he drove for Honda’s fledgling grand prix team, using a Lola chassis adapted to take their V12 engine. In Monza, after the Lotuses of Clark and Hill retired, Surtees took a superb, opportunistic win, beating Jack Brabham to the finishing line by a nose.

It was has final victory. As the Honda project faltered Surtees spent an unrewarding year with BRM, which yielded a single podium finish. That led him to enter his own team, running a McLaren M7C chassis initially while his own car was prepared. He eventually stepped back from driving in 1972, but his team remained in competition for six more years, giving future race winners such as John Watson, Rene Arnoux and 1980 world champion Alan Jones a start in F1.

Surtees later guided the motor racing career of son Henry but in 2009 the 18-year-old was killed when he was struck by a flying wheel during a Formula 2 race at Brands Hatch. Eight years later Surtees himself passed away, at the age of 83.