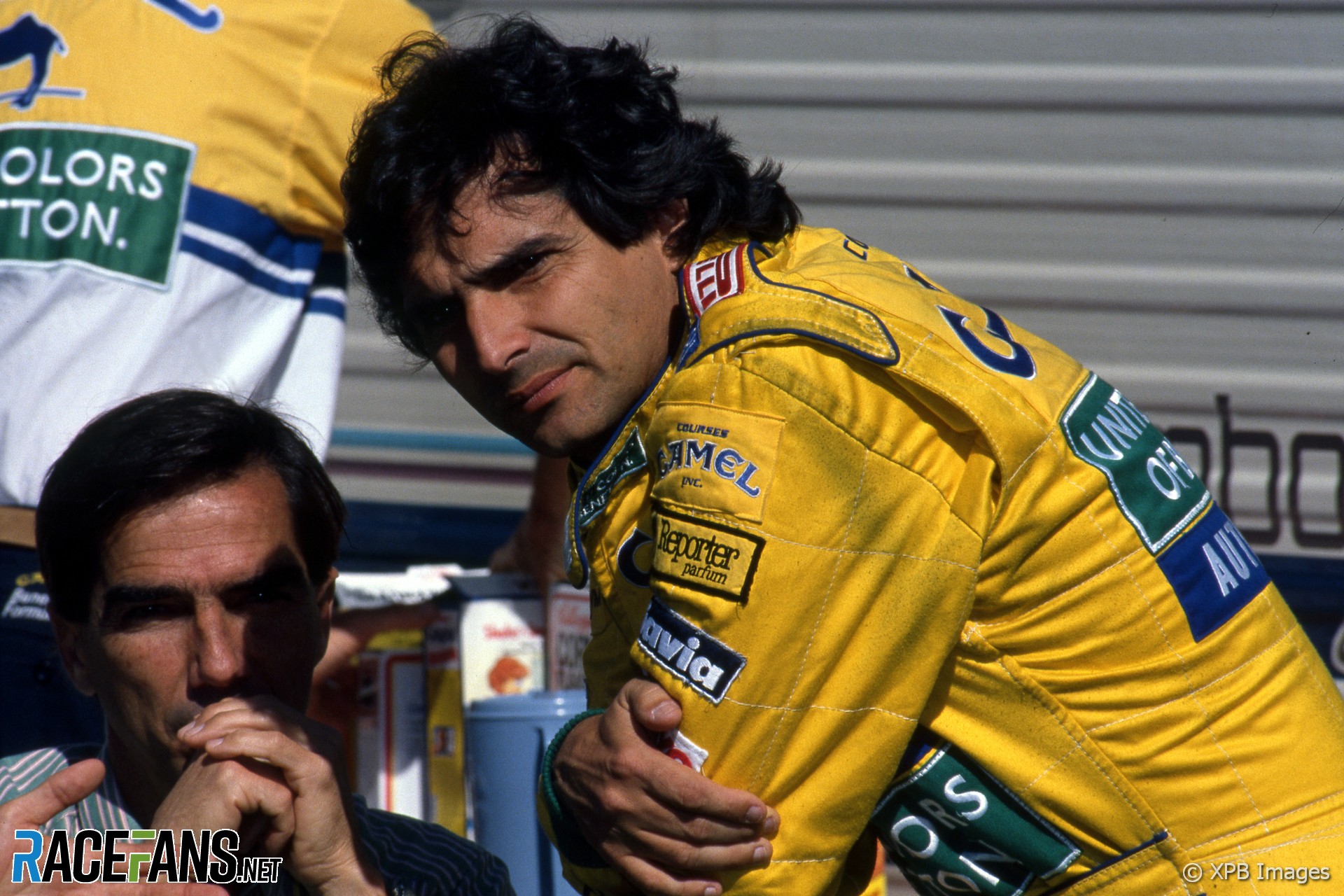 Nelson Piquet’s star climbed rapidly after making his Formula 1 debut in the late seventies. As a timely replacement at Brabham for Niki Lauda he came close to winning the world championship in 1980.

The following year Piquet wielded Gordon Murray’s cunning development of the successful BT49 to brilliant effect. A pair of early-season wins put him in the hunt for the championship, but he went into the final race at Las Vegas behind points leader Carlos Reutemann. But when the Williams driver struggled in Nevada, fifth place for Piquet secured the title by a point.

The 1982 season was an often frustrating affair by comparison. Piquet did much of the leg-work developing BMW’s fragile but promising turbo engine, and even failed to qualify at Detroit. The pay-off came soon after, however, as he took the engine’s first win in Canada.

Brabham was well-placed for 1983 with a powerful engine and a chassis which exploited a radical overhaul in the aerodynamic rules. Again Piquet came from behind in the latter races, heaping pressure on Renault’s Alain Prost, the pair even colliding at Zandvoort. But Prost’s retirement at the season finale allowed Piquet the luxury of cruising home in third place to bag another title.

In the following years Brabham struggled to replicate their previous form against the growing might of McLaren and Williams. Piquet saw the writing on the wall and joined the latter for 1986. The new partnership got off to an ideal start – Piquet won on his debut at home in Rio de Janeiro. But there was trouble ahead.

Nigel Mansell proved a much more competitive team mate than Piquet anticipated, sparking a bitter rivalry between the pair. Either could have won the 1986 title, but in a stunning finale tyre problems put Mansell out of the race and sent Piquet into the pits, opening the door for Prost to pinch the crown.

Piquet made amends the following year but only after a brutal crash at Imola following which, he later admitted, he was never quite the same driver he had been. Mansell pressed him hard all season but bore the brunt of Williams’ reliability problems. Consistent points-scoring put Piquet in a strong position with two races to go, and when Mansell suffered a major crash at Suzuka which ended his season, Piquet became champion for a third time.

Unwilling to continue sharing a team with Mansell, Piquet took the prized Honda engines away with him to Lotus in 1988. It proved a disastrous mis-step. The team had lurched into decline and he left after two years having failed to win a race with them.

He ended his career with two seasons at Benetton where he won three more races. He took great delight in snatching a final victory from Mansell in the 1991 Canadian Grand Prix, when the Williams driver retired on the final lap.

Having announced his retirement from F1 at the beginning of 1992 Piquet went on to compete in IndyCar racing. He suffered another major crash at the Indianapolis 500 later that year, but returned to compete again in 1993, and then moved into sports car racing.

Piquet helped his son, Nelson Piquet Jnr, rise through the junior ranks and gain a promotion to Formula One in 2008. However he was dropped by Renault after a year and a half and later implicated in the Crashgate scandal, which came to light after his father revealed details of it to FIA president Max Mosley.

In 2022 Piquet was widely criticised for using a racist term to describe seven-times world champion Lewis Hamilton in an interview conducted the previous November.