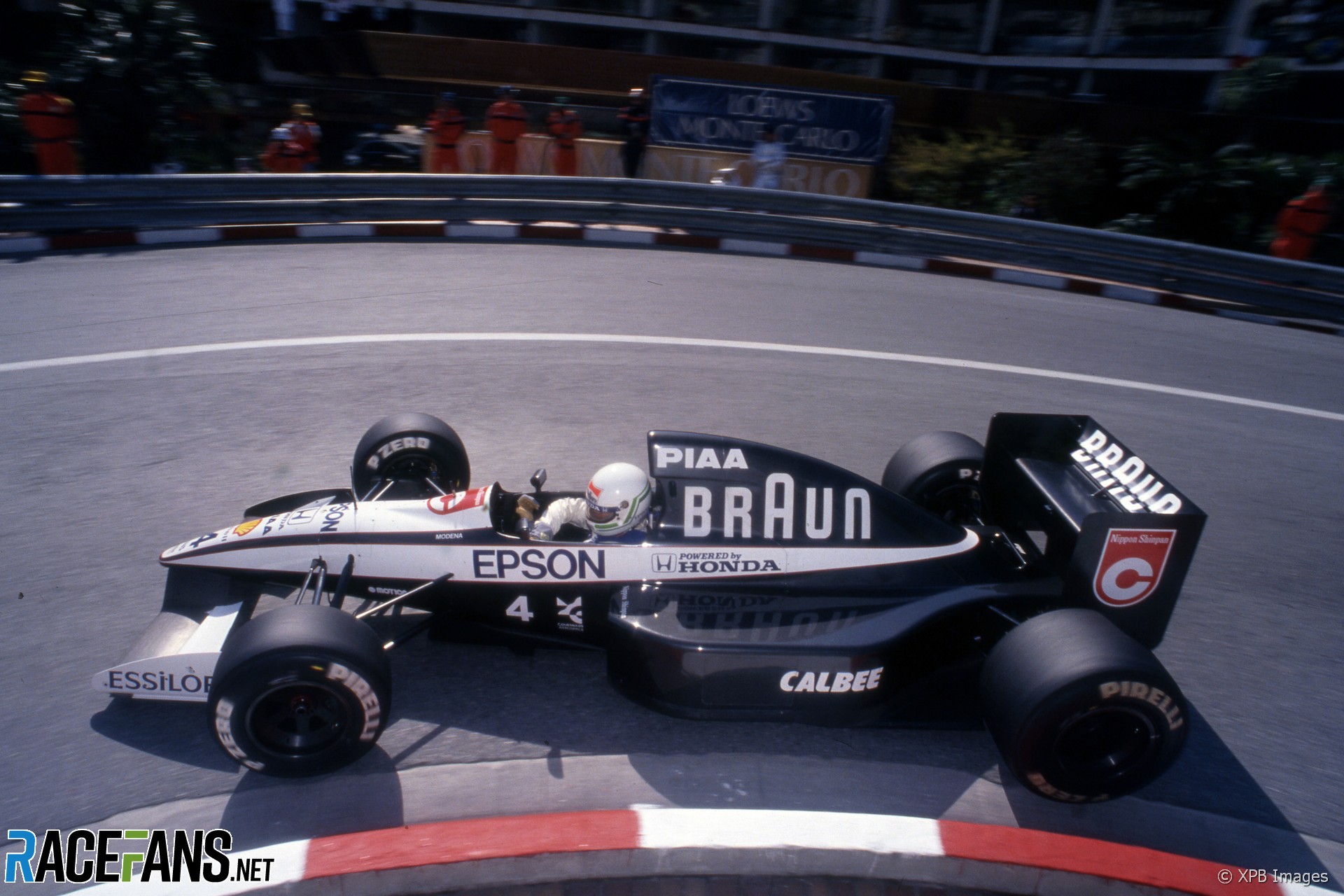 In the run up to the 1991 championship Stefano Modena and his Tyrrell team were being tipped as title contenders. Ken Tyrrell had landed a supply of Honda engines and Modena was one of the first drivers to shoulder the ‘next Ayrton Senna‘ reputation.

He had made his first Formula One start with Brabham at the end of 1987 after winning the Formula 3000 title. But when the team quit Formula One he was stuck with the hopeless EuroBrun for 1988.

Back with the re-formed Brabham outfit in 1989 the Italian was a strong match for Martin Brundle and picked up many of the better results, sometimes by dint of having the more reliable car. Brabham went backwards the next year so Ken Tyrrell scooped the promising Modena as a replacement for Jean Alesi.

For various reasons the results never came, and when it looked like they would (such as at Monaco) the car let him down. For 1992 he moved to Jordan who were mired in second year blues with dire Yamaha engines. It was his last year in Formula One.

His seemingly unbelievable levels of superstition ranged from the mundane (wearing odd boots and a glove inside out, insisting on strapping himself into the cockpit) to the frankly bizarre (asking to swap sides of the garage with his team mate). But his inability to get through a race distance, at times retiring due to tiredness, did not endear himself so well to potential team bosses.

After F1 Modena raced touring cars until 2000, when he retired.