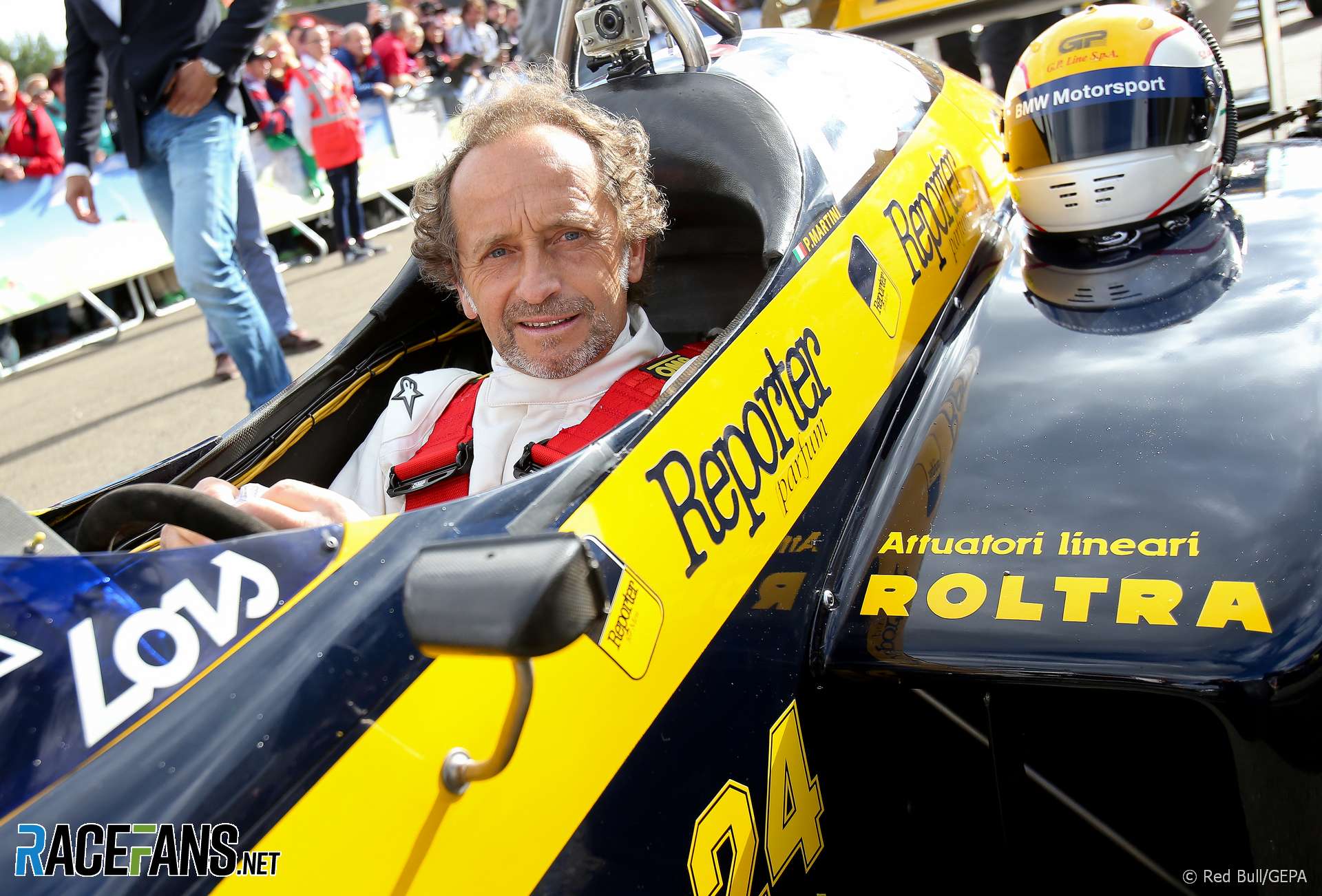 Pierluigi Martini spent almost every season of a Formula 1 career which spanned more than a decade driving for tail-end team Minardi. This rarely afforded him the opportunity to demonstrate his potential, which he eventually did at the wheel of the 1999 Le Mans 24 Hours-winning BMW V12 LMR.

[retrompuminardi01]Having won the 1983 European Formula Three championship thanks to a late surge which moved him ahead of rival John Nielsen, Martini moved into Formula 2 with Minardi the following year. He also made a one-off F1 appearance for Toleman at the Italian Grand Prix, partly due to the team’s decision to suspend Ayrton Senna for one race, but failed to qualify.

The following year he took the ambitious step of piloting Minardi’s single-car entry in its first F1 season. The combination of an underdeveloped and unreliable car, and a rookie driver prone to some errors, made for a point-less season.

Martini dropped back down a category to what was now called Formula 3000, and came close to winning the championship. He won the season finale at Jarama in controversial circumstances – he was initially disqualified for a technical infringement, then reinstated – but fourth place for Ivan Capelli saw the title go his rival’s way.

Martini plugged away in F3000 until the chance to return to F1 came in 1988. He seized it in superb fashion, scoring his and Minardi’s first point with sixth place on his return at Detroit. They didn’t trouble the scorers for the rest of the season.

In 1989, equipped with the Aldo Costa-designed, Ford Cosworth-powered Minardi M189, Martini cemented his place in the lore of the plucky little team by achieving some of its most notable performances. This included, at the Portuguese Grand Prix, becoming the only driver ever to lead a race in one of their cars. Unfortunately he injured himself at the next race – not in the car, but by falling down the steps of the team’s motorhome – and had to sit out the Japanese Grand Prix.

He began 1990 with another giant-killing feat, joining Gerhard Berger’s pole-sitting McLaren on the front row at Phoenix. But reliability problems with the team’s new car contributed to a point-less season for Martini. The next year was an even greater disappointed as a deal to use Ferrari power failed to deliver the anticipated step forward.

The 1992 season saw Martini swap the black and yellow of Minardi for the dark red of Scuderia Italia, where he continued to use Ferrari power and picked up a couple of points with it. His decision to leave the team at the end of the season proved well-judged – they swapped Dallara chassis for a hopeless Lola – and by the middle of 1993 he was back in a Minardi. However after collecting a couple of fifth place finishes in 1994, Martini was dropped in the middle of the following season for Pedro Lamy.

Martini first attempted the Le Mans 24 Hours in 1984, and return in 1996 in one of Joest’s WSC95. The sister car of Manuel Reuter, Davy Jones and Alexander Wurz won the race, while Martini spun the car he shared with Didier Theys and Michele Alboreto, and they were later halted by a driveshaft failure.

He reunited with Scuderia Italia in another Porsche the following year, finishing eighth, before joining BMW for 1998. His race was over after just 43 laps, but his return the following year was more successful. The V12 LMR of Martini, Yannick Dalmas and Joachim Winkelhock was not the quickest car in the race, but it avoided the huge crashes which eliminated Peter Dumbreck’s Mercedes (and prompted the team to withdraw from the race) and Thierry Boutsen’s Toyota. When JJ Lehto crashed out in the other BMW, following an anti-roll-bar failure, Martini and his team mates clinched the victory.