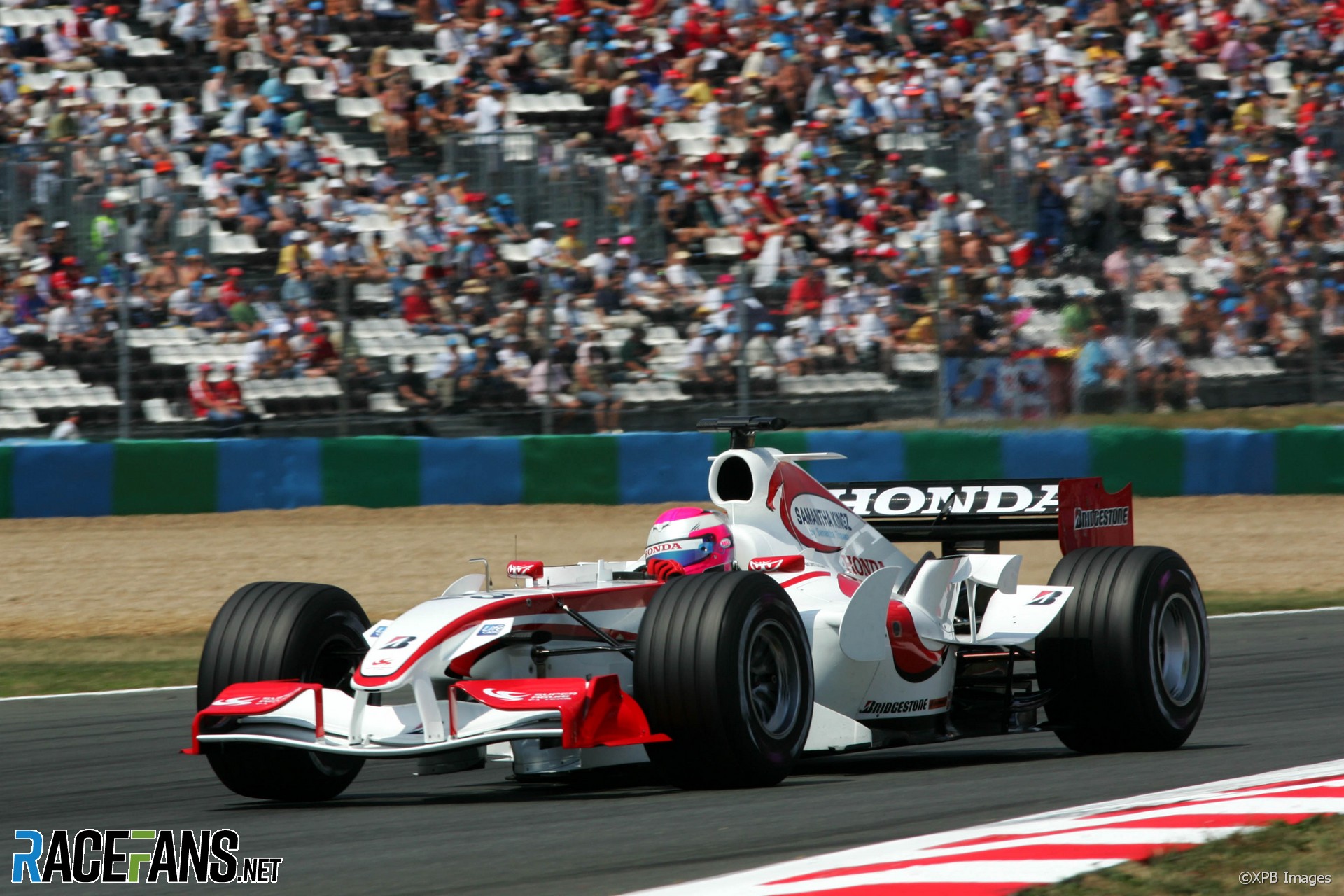 After testing for Minardi in 2002 Montagny became a test driver for Renault. He remained with the team until the end of 2005 but never got a chance at a race seat. However, four races into the 2006 F1 season Montagny got a break when Super Aguri driver Yuji Ide’s superlicence was revoked and the team found itself in need of a driver.

Montagny performed as consistently well as the uncompetitive car would allow him. But he was dropped before he had the chance to race their new SA06 as a Japanese driver, Sakon Yamamoto, was put in the car to please the team’s sponsors.

Montagny then signed to be the test driver for Toyota from 2007, but never returned to competition in F1. He later raced sportscars and in Champ Car, before a one-off outing in IndyCar in the Indianapolis Grand Prix with Andretti, but retired after half distance in an accident.

Later that year he joined the Andretti squad for the newly-formed Formula E championship. A last-lap collision between the two leading drivers in the season-opening race in Beijing allowed him to claim second place. A drive-through penalty at the second race in Malaysia left him 15th, but this was only the beginning of his troubles.

Following the race at the Putrajaya circuit Montagny tested positive for a cocaine derivative. As well as being disqualified from the race he was handed a two-year ban from motorsport.

Montagny effectively retired from racing following his ban and never raced competitively again. He currently works as a television analyst, bringing a high-energy and eccentric flavour of punditry to Canal+’s F1 coverage in France.