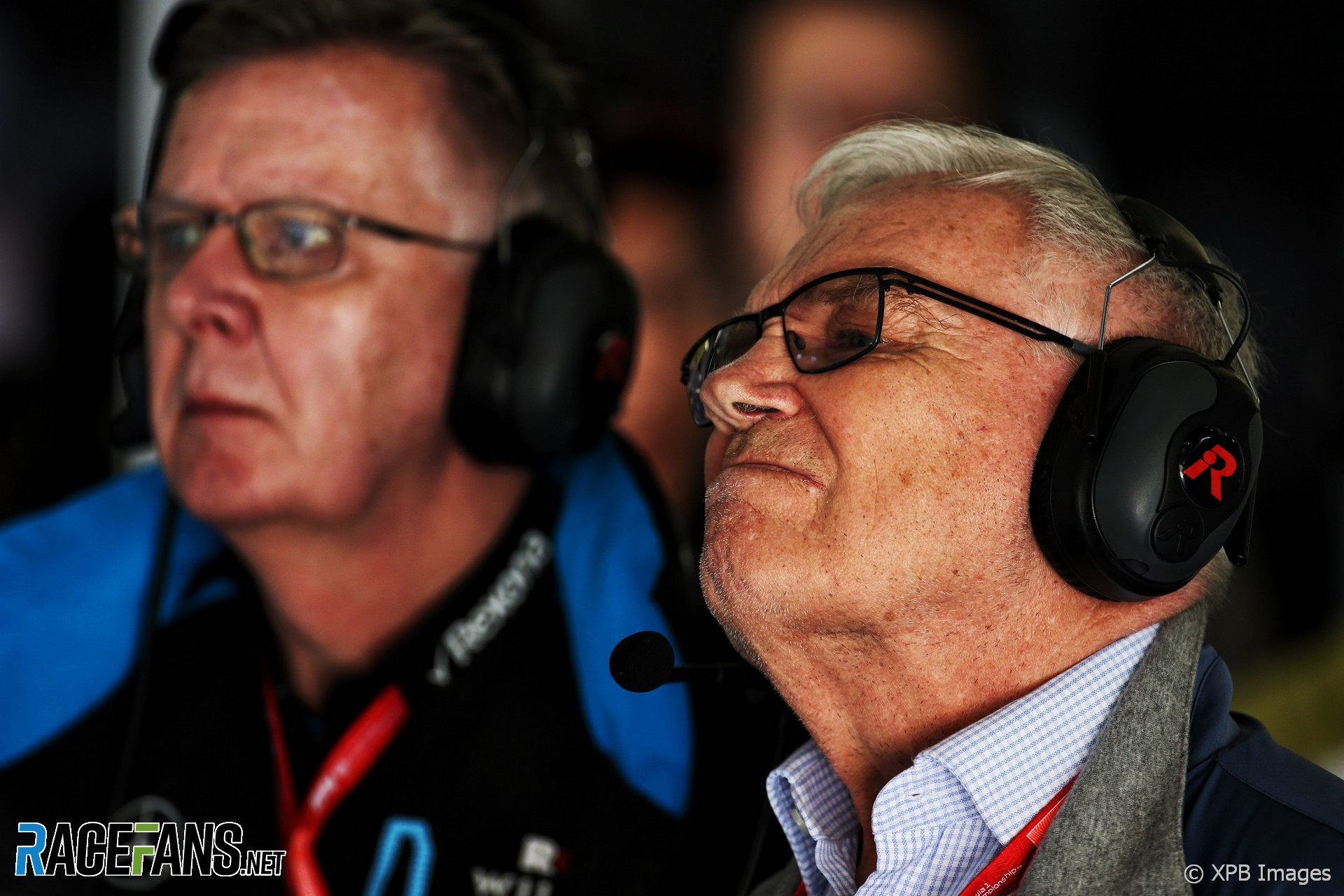 Having discovered from a period serving with the Royal Navy that a career with the military was not his calling, Patrick Head left to study at university, graduating with a degree in mechanical engineering in 1970.

Partly inspired by his sportscar racing father, he initially found employment with chassis manufacturer Lola, prior to a period spent building boats.

However it was not long before Frank Williams was able to lure him back to the realms of motor racing as a partner in his cash-strapped fledgling F1 team in 1977. His first design hit the track in 1978, and astonishingly, the following year his cars were already winning Grands Prix, taking five victories.

Demonstrating an advanced understanding of the principles of ground effect, and benefiting from its relatively diminutive size and resultant light weight, the FW07 would have been a championship contender were it not for early-season reliability problems.

In 1980 the team cleaned up, taking the constructors’ championship while Alan Jones claimed the drivers’ title. Head’s cars had taken over from ground effect pioneers’ Lotus as the benchmark in F1. A clear indication of this came when Head found that the car actually ran more efficiently without its front wing, which proved unnecessary for much of the campaign.

The FW07 (and subsequent incarnations) was such a success that it was used across four seasons, adding a second constructors’ title for Williams in 1981. It served the team in the opening races of 1982 before being superseded by the FW08, which Keke Rosberg won the drivers’ title with.

This set the tone for a wildly successful period covering the next two decades. Head was elevated to technical director and assumed responsibility for the entire operation while Frank Williams was in convalescence following a road accident which paralysed him in 1986.

Despite this, the team still took the constructor’s championship that year. Famously, Nigel Mansell lost the drivers’ title to Alain Prost in the final round after his tyre blew in Adelaide.

Following Mansell’s blowout, Head took the tough decision to bring in the other Williams of Nelson Piquet for a precautionary tyre change. While the decision arguably cost Piquet the title, it was one which Head rightly defended unequivocally on the grounds of driver safety.

This mid decade peak was made possible by a combination of the super-powerful Honda engine and the excellent chassis design of the FW11, making the Williams the class of the field in 1986 and 1987. It was also during this period that Head began harnessing the use of active suspension, acquiring the knowledge and expertise that would lead to their absolute dominance at the beginning of the following decade.

The partnership of Patrick Head with new recruit Adrian Newey started midway through the 1990 season, and was to prove the driving force behind the team’s golden period. Delivering constructors’ championships in five seasons between 1992 and 1997. It was a relationship that played to the pair’s respective strengths Newey in aerodynamics, Head in engineering.

“Generally speaking Patrick gave me a pretty free reign on the design,” said Newey. “Obviously he was involved, particularly on the gearbox, but on the aerodynamics and general layout of the front end of the car I had a free reign.”

The pairing produced the most sophisticated cars on the grid in the early nineties, leading the way in the use of high-tech electronics to optimise car performance. Throughout 1992 and 1993 the team’s cars were entire seconds faster than their rivals in qualifying. The 1993 FW15C featured a semi-automatic gearbox and transmission, active suspension, traction control and even anti-lock brakes.

The departure of Newey and resurgence of Ferrari lead to Head moving across to the role of head of engineering in 2004, in an effort to play to his strengths. However by this stage, the Williams team had begun a slow decline from the very front of the F1 grid. He left the racing side of the operation in 2011 but remained involved with the company’s other activities. In 2019 he returned to the F1 operation in a consultancy role.