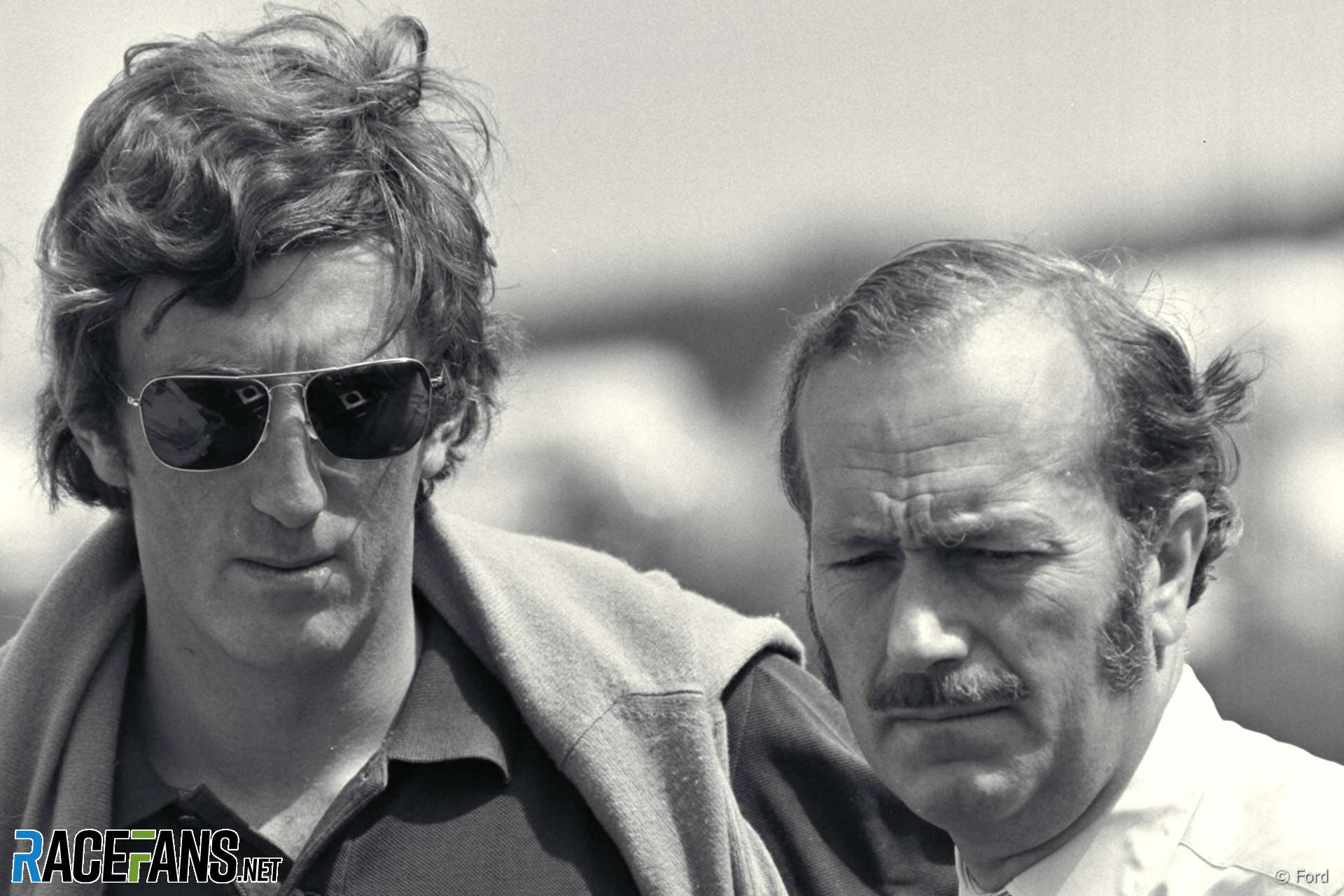 Colin Chapman (pictured with Jochen Rindt) ran the original incarnation of Lotus, and oversaw one of the most consistently successful periods for any team in the history of Formula 1.

Having qualified with a degree in civil engineering, Chapman spent a period as an officer in the RAF. An interest in cars led at first to him modifying and building them, before ultimately driving his own creations in competitions.

Success at trials level served only to fuel the desire and led to progression into sports car racing. Already empowered by a minimalist philosophy of design, victories were not long coming, leading to rapid growth and an entry into Formula 1 for the 1958 season. Incredibly, despite being up against the might of established manufacturers such as Ferrari and Cooper, Chapman’s team claimed the constructors’ championship and Jim Clark the drivers’ title within five years of top level competition.

Chapman was both team boss and the principle brains behind the design direction of the cars. Ever keen to follow his own path, Chapman’s ethos was elegantly expressed as simplify the design and reduce weight.

It was a basis that was to prove devastatingly effective, resulting in three constructors’ championships in the 1960s, and four in the 1970s, as well as drivers’ titles for the likes of Jim Clark, Graham Hill, Jochen Rindt, Emerson Fittipaldi, Jackie Stewart and Mario Andretti.

This is to oversimplify his brilliance though, for Chapman was an innovator, ceaselessly striving for an idea that would give him an edge over the competition. And he often found it too, from the monocoque chassis, use of aluminium materials, numerous aerodynamic principles, inboard brakes, suspension struts, side (rather than front) mounted radiators, ‘stressed chassis member’ engines, active suspension and perhaps most importantly, ground effect, all in the relentless pursuit of the ideal combination of speed and handling.

Many of these concepts remain fundamental to modern day top level motor racing, which is its own testament to the importance of his ideas.

He was also one of the sport’s main commercial pioneers – recognising the business opportunities that came from growing interest in the sport. Traditional notions of car colour relating to constructor nationality were ditched entirely in favour of wholeheartedly embracing the notion of the racing car as a mobile, but extremely glamorous, piece of advertising.

The resultant Gold Leaf and John Player Special Lotuses are as much a visual icon of the sport as any vehicle before or since. Chapman’s influence on design crossed the boundary from mechanical and aerodynamic performance to commercial marketing and aesthetics.

Of course, Chapman’s career overlapped with a time when motorsport was fundamentally dangerous, and he was not without his critics. Many felt his pursuit of lightweight materials meant that he was too quick to sacrifice structural integrity for lap time. That view all too easily overlooks Chapman’s devastation at the tragic loss of his great friend Clark, with whom he’d scored so many of his greatest Formula 1 triumphs, but also with whom he had a bond unlike that of any other of his drivers.

It was an opinion shared by Jochen Rindt, yet it says much about the mindset of a grand prix driver that he still chose to drive for Chapman – a decision which delivered him the championship he coveted, yet also ultimately led to his death.

It is hard to overstate Colin Chapman’s influence on Formula One car design, and it is as a quite brilliant designer, interpreter of ideas and innovator of Grand Prix winning cars, that he is most remembered.