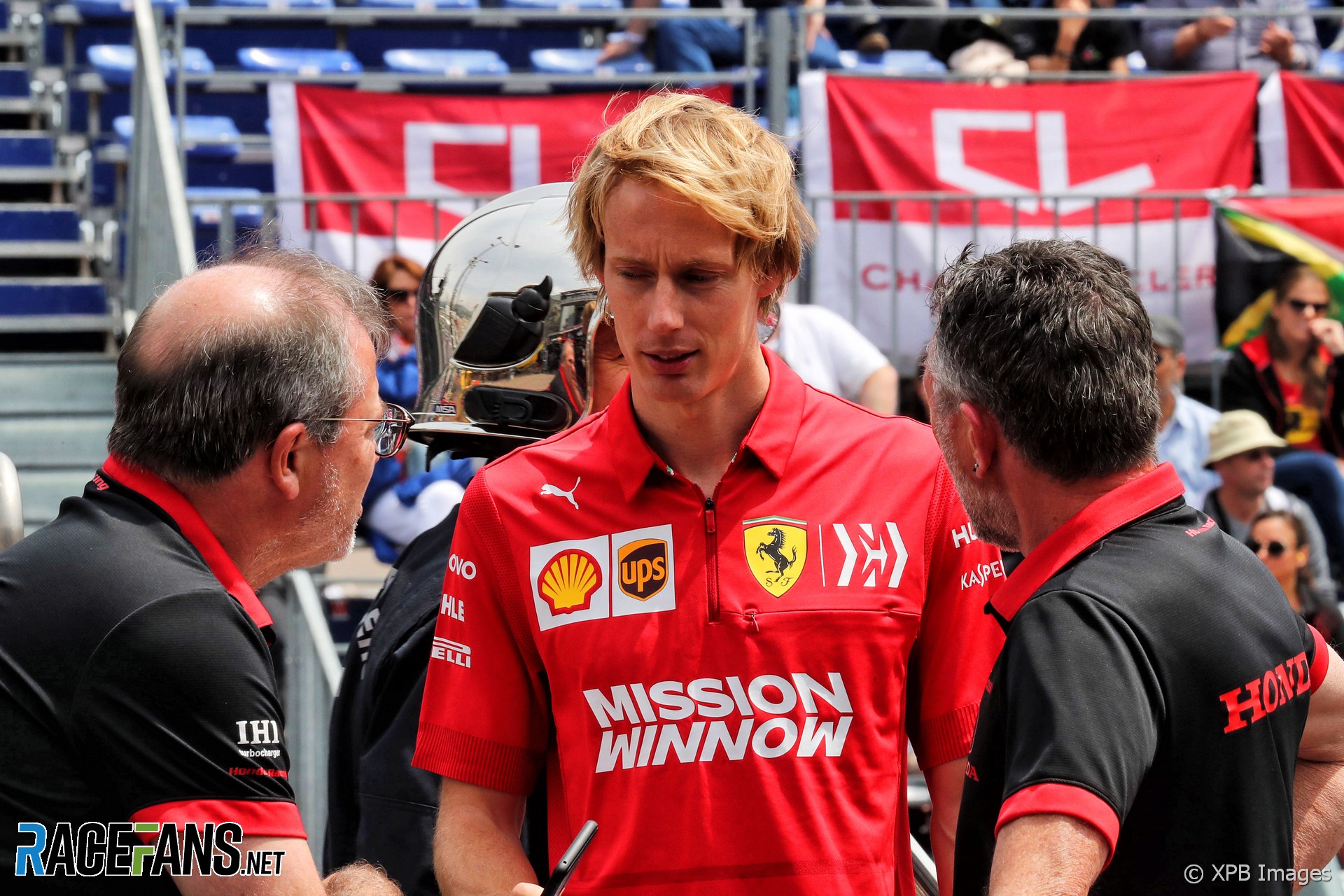 Brendon Hartley was handed a surprise debut in Formula 1 with Toro Rosso in 2017. He landed a place at Red Bull’s junior team despite having been dropped from their young driver programme seven years previously.

Hartley comes from a family or racing drivers and high performance engine tuners. His father Bryan raced in various disciplines and Hartley’s brother Nelson – named after Nelson Piquet – also took to the track. Hartley started racing in his native New Zealand and won the winter Formula Ford series in 2003.

This soon prompted a move to Europe to continue his climb up the single-seater ladder. Red Bull put the 16-year old on their Junior Team in 2006 and he the following year Hartley won the competitive Formula Renault 2.0 Eurocup.

He found himself up against a roster of future F1 drivers on Red Bull’s young driveer programme including Jaime Alguersuari and Jean-Eric Vergne. The latter beat him to the 2008 British Formula Three title in a close season-long battle between the pair and Oliver Turvey, who took second.

Hartley’s progress stalled when he arrived in the Formula Renault 3.5 series. He failed to win a race and was dropped by Red Bull at the end of 2010.

“I have no hard feelings towards Red Bull,” Hartley said three years later. “They looked after me for five seasons and I’m here today because of them. Without them, there would be no way I’d still be racing. They gave me a big chance, and it was a real chance, but it didn’t happen for a number of reasons.”

Hartley had already tested for Toro Rosso and Red Bull, and in 2012 had the chance to drive for Mercedes in a young driver test at Magny-Cours. But it seemed an F1 chance has passed him by. A few appearances in GP2 did nothing to propel him towards the top flight.

He switched focus to sports car racing and ended a four-year win drought with an inherited victory at Road America in a 2003 Grand-Am race, sharing a Riley-BMW shared with Scott Mayer. But it was in the European scene where he really impressed.

Hartley joined Murphy’s LMP2 squad and demonstrated his speed in a wet race at Silverstone before crashing out of the lead. He produced another eye-catching performance in the season finale at Paul Ricard, winning the race despite struggling with a heavily used set of tyres.

His drive was noticed by Porsche, who were preparing for their return to top-flight sportscar racing in 2014. Hartley was appointed to share their LMP1 car with Mark Webber and Timo Bernhard. The trio took a somewhat fortuitous podium finish on their debut at Silverstone. But steady progress over the rest of the year left them in good shape for 2015.

Porsche made a step forward with the 919 Hybrid during the off-season. At Spa Hartley led early on but went off at the chicane and was penalised. They were in the hunt at Le Mans as well but their ‘third car’ of Nico Hulkenberg, Nick Tandy and Earl Bamber took the victory after Hartley picked up a penalty for a pit lane infringement.

From there on Hartley, Webber and Bernhard were the team to beat in WEC. They won emphatically at the Nurburgring and again at COTA. A third win came at Fuji after Porsche imposed team orders to favour their car which was now the team’s strongest bet in the championship. A fourth win in Shanghai meant even the mechanical throttle actuator troubles they suffered in Bahrain couldn’t stop the trio from becoming world champions, thanks in part to Hartley’s superb effort in their hobbled car.

Hartley began 2016 by sharing fifth place in the Daytona 24 Hours in a Ganassi-run Riley shared with Alexander Wurz, Lance Stroll and Andy Priaulx. But his third year in the WEC proved a frustrating affair.

He had himself to blame at Silverstone where, while leading by 40 seconds, he crashed as he lapped GT driver Michael Wainwright. Persistent water system trouble on their car at Le Mans not only cost them a shot at the championship’s blue riband race: the failure to capitalise on the double points round seriously injured their chances of holding onto their title.

This was despite a much stronger second half of their campaign including wins at the Nurburgring, Mexico City, Circuit of the Americas and Shanghai. They added third places at Fuji and Bahrain and were consistently ahead of the team’s other car, belonging to 24 Hour winners Neel Jani, Romain Dumas and Marc Lieb took the title. The sister car duly took the title but at the end of the year Porsche chose to drop champions Lieb and Dumas while keep Hartley and his team mates.

In 2017 Webber stepped down from racing and his place alongside Hartley and Bernhard was taken by Bamber, Hartley’s childhood rival and friend. The trio took victory at Le Mans – Hartley’s first – in dramatic circumstances after all the other LMP1 runners hit trouble. Despite their continuing success, Porsche announced it would leave the World Endurance Championship at the end of the season.

Hartley put in a call to Red Bull, which was now faced with a dwindling stock of F1-ready talent for junior team Toro Rosso. Carlos Sainz Jnr has been loaned to Renault and Daniil Kvyat had under-performed following his 2016 demotion from the top team.

And as new driver Pierre Gasly had a clashing commitment in Japanese Super Formula during the United States Grand Prix weekend, Red Bull took the decision to recall Hartley.

Meanwhile Red Bull found they had run out of young drivers for their junior F1 team. With the United States Grand Prix approaching, Sainz off to Renault and Pierre Gasly busy racing in the Japanese Super Formula, Hartley was given the chance to make his F1 debut alongside Kvyat.

That was followed by a full year at Toro Rosso in 2018, and by round four Hartley had picked up his first point, in Baku. He crashed heavily during practice for the next race in Spain, however and went out in a first-lap collision with Lance Stroll in Canada.

Team mate Pierre Gasly claimed the lion’s share of Toro Rosso’s points, and secured promotion to Red Bull. Hartley’s season went less well, featuring just two more points finishes. He was also less than impressed with his team mate’s unwillingness to respond to the same instructions Hartley was called to obey on multiple occasions. On the day after the season finale in Abu Dhabi, Toro Rosso confirmed Alexander Albon would replace him in 2019.

Hartley took up a role with Ferrari as one of their simulator drivers. He also raced in Formula E and returned to the World Endurance Championship, where he won Le Mans again with Toyota in 2020.