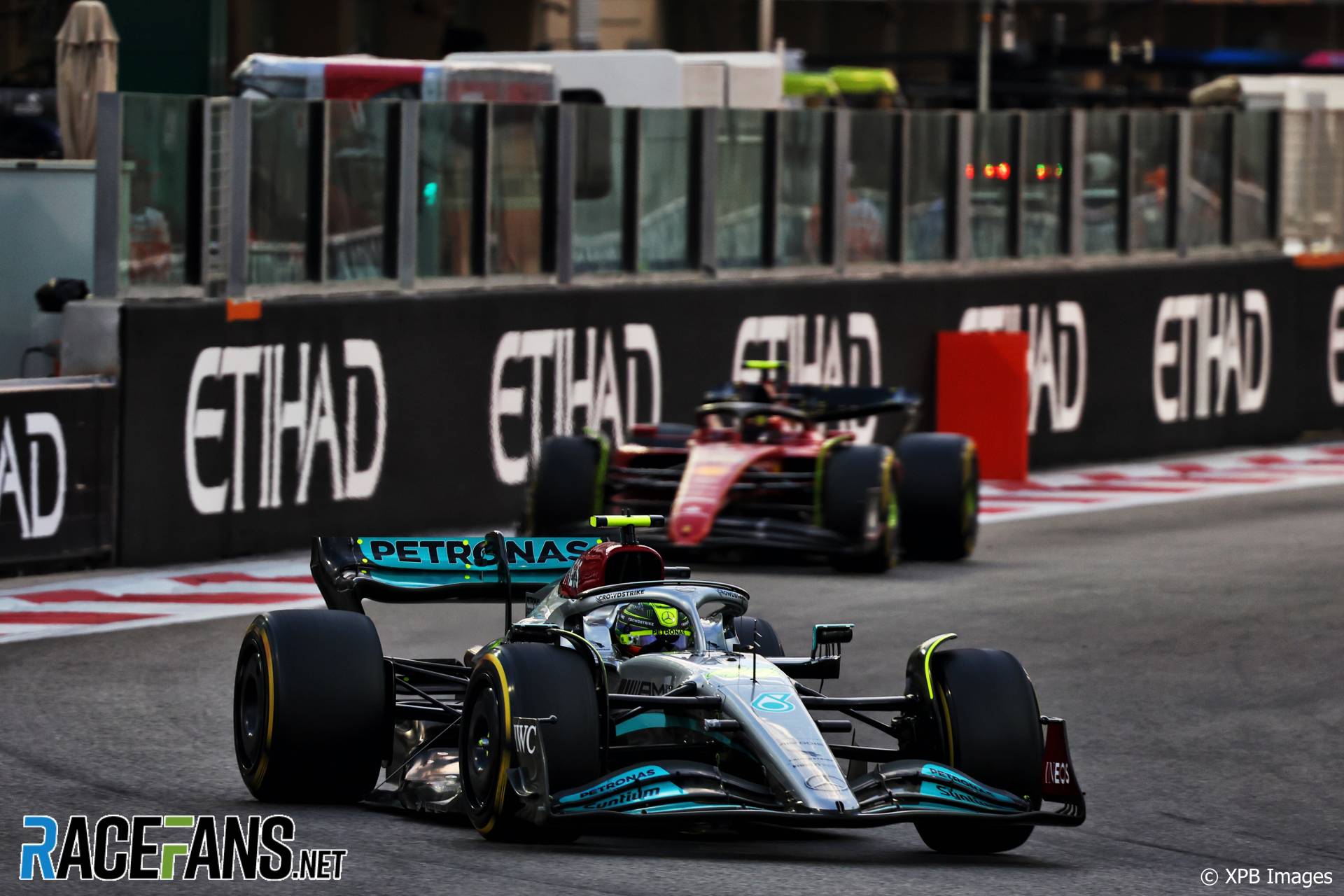 Carlos Sainz Jnr accused Lewis Hamilton of “cheeky” driving when he was told to hand a position to Ferrari driver during their tussle over the opening laps in the Abu Dhabi Grand Prix.

The FIA told Mercedes that Hamilton should relinquish fourth place to Sainz after he cut the turn six chicane and stayed ahead of the Ferrari on lap one. Hamilton duly backed off at turns 10 and 11 on lap four, allowing his rival to pass.

However Hamilton re-passed the Ferrari on the next lap as they approached turn nine. Sainz said Hamilton deliberately chose a place to give up the position which would allow him to re-pass the Ferrari at the next DRS zone.

“Lewis jumped the chicane and he let me by, but he let me by in a cheeky way to then get my DRS and passed me again,” said Sainz.

The Ferrari driver later passed Hamilton again, but said he took more life out of his tyres and compromised his race strategy by doing so.

However Sainz admitted he has exploited the ambiguity around how drivers should hand positions back to rivals on-track in the past.

“I’ve used that rule or that lack of clarity before, you know, so I’m not going to criticise at all Lewis for that because I would have done something similar,” said the Ferrari driver. “It’s just how it goes.

“You get the position at the start with a great move on the inside into turn six, the driver decides to cut the chicane and your race is compromised from there on because you know you’re fighting a car that you probably should have been ahead from lap one. But it’s how it goes.”

Despite his frustration, Sainz said “we have to be happy” with yesterday’s result. “In the end we achieved second in the constructors, second in the championship for Charles [Leclerc] which was the main target this race.”

“Overall good pace, good weekend in terms of pace, unfortunate about the start,” he added.