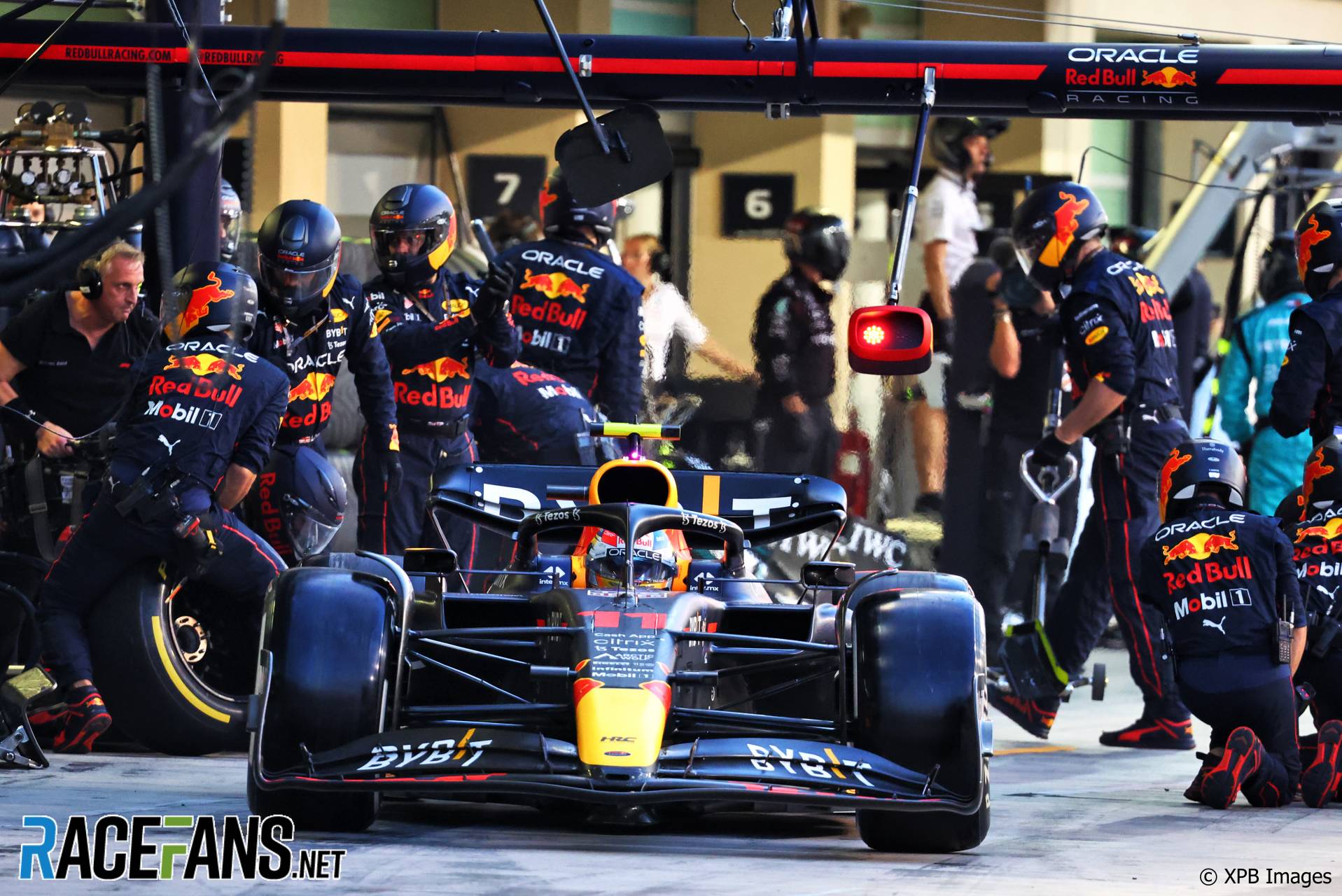 Leclerc jumped ahead of his rival to finish second in the race – and clinched the same position in the championship – by making one fewer pit stop than his rival. Binotto says Ferrari prompted Red Bull’s second pit stop by making as if they were preparing to bring Leclerc in.

Perez was running in second place ahead of Leclerc when he made his first pit stop on lap 15. Leclerc extended his first stint six laps longer, and was closing on Perez again as the race passed the half-distance mark.

At that point Ferrari sent their crew into the pit lane and told Leclerc to “box opposite Perez” – i.e., only come into the pits if he does not. Perez did come in, and so Leclerc stayed out.

Leclerc never made a second pit stop. Perez closed on him in the final laps but fell 1.3 seconds short of catching the Ferrari driver.

Ferrari’s pit strategies have been criticised earlier in the season, and Binotto praised the work done by the team in Abu Dhabi. “Certainly we did the proper job,” he told media including RaceFans on Sunday.

“A dummy pit stop on Red Bull was the right call and I think that overall we made it right,” he said. “So I’m happy for them, happy for the team.

“I think that when Ferrari is making mistakes there is always a lot of criticism but as well I know that these guys can do very well.”

It was a close call whether one or two pit stops was the best strategy for the race, said Binotto. While Leclerc pitted once, Carlos Sainz Jnr made two stops.

“Pushing too hard on the first laps, the risk was to destroy the tyres. So in order to manage it well through the entire stint you have to be very careful at the start. Not only [that], you needed a very good balance of the car itself.

“If I look at ourselves, what we did is during the weekend, starting from Friday, to put some more effort, some more laps on high-fuel runs, on the race simulations, to make sure that we had the right balance for today. And I think that then today, later in the race, the balance of the car, the drivers’ capability has made the difference overall in terms of stint pace and overall race distance speed.

“So well done to Charles because he did very well. Carlos had a bit more difficulty as we obviously debrief with him later on, I think it’s more down to the car balance itself, but something we need to understand with him as well.”

Ferrari remained “flexible” with the strategies for their two drivers “because we knew it would have been in between the one and the two,” said Binotto. “And the difference would have been the capacity of saving tyres or not, depending on how much you would have been under pressure and the drivers themselves in terms of driving.

“Charles had a bit more margin on the cars behind and could save more the tyres which gave him the benefit to go for the one-stop, while Carlos had been under pressure at the very start of the race with the Mercedes and we had to switch to the two [stop].

“So it was great to see that the team was very flexible, choosing one on one driver, two on the second, to optimise the race result. And I think that certainly the dummy call on the Red Bull was a fantastic call from the pit.”

However Red Bull team principal Christian Horner said Perez was always going to have to make a second tyre change, and coming in when he did covered off Leclerc attacking him with an early pit stop for fresher rubber.

“It was all about the front right tyres just graining and opening up and at that point was dying. You saw then Charles closing and so basically they called to pit to do the opposite to Checo.

“We banked the stop, but that then exposed him massively at the end of the stint. So we felt that, as I say, rather than sort of die at the end of it and be a sitting duck, we’d take an attacking strategy.”

During his second stint Perez complained he was losing time behind Max Verstappen at one stage, and he had to overtake Lewis Hamilton plus some backmarkers as he pursued Leclerc afterwards.

“Maybe if he did manage to make it past Hamilton – ifs, buts and maybes – there’s a couple of backmarkers that didn’t help, but it was so, so close,” said Horner.