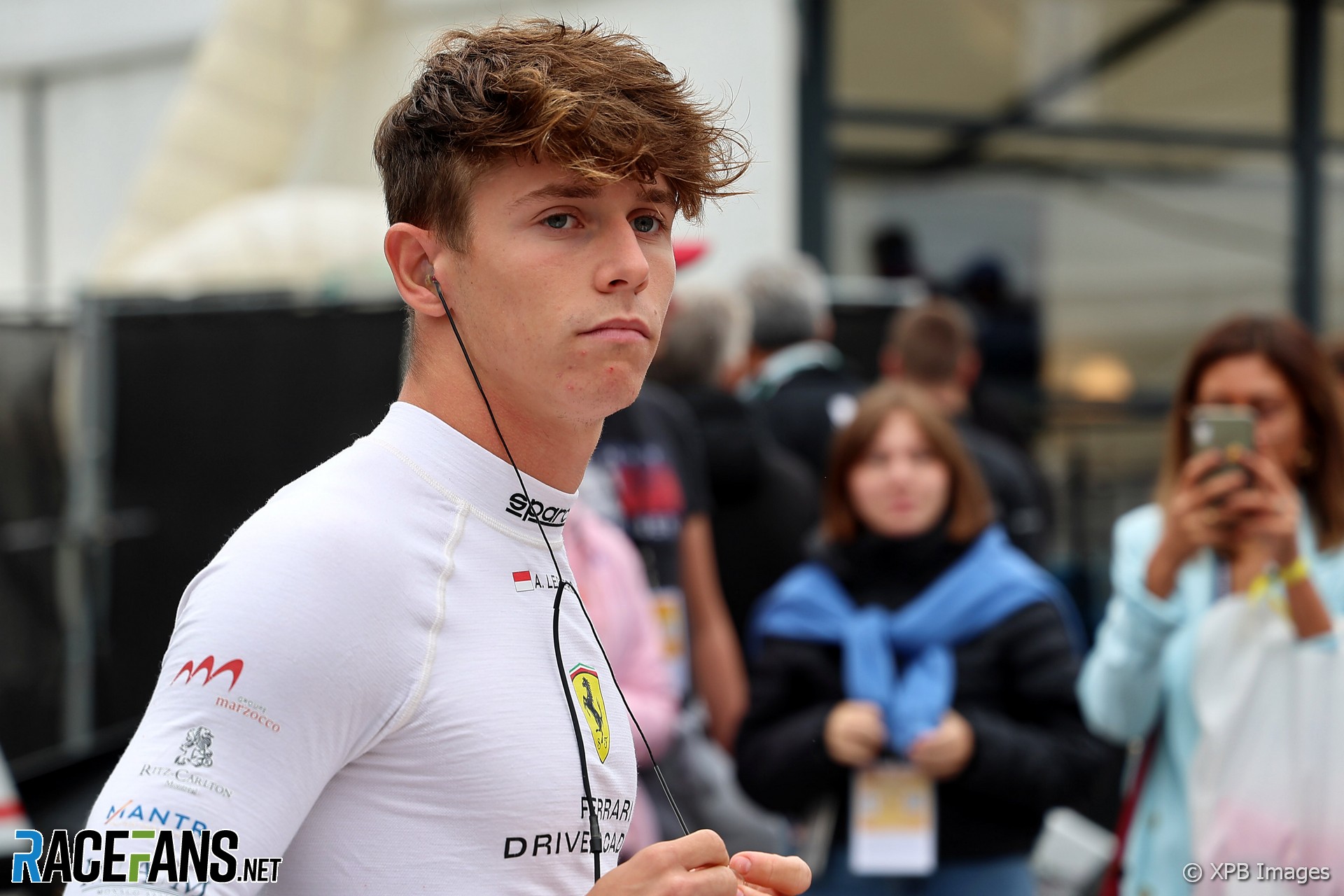 Arthur Leclerc will make his debut in Formula 2 next year, joining the DAMS team as he steps up from Formula 3.

The 21-year-old Ferrari Driver Academy member has spent the last three years driving for Prema in junior categories. He will make his first appearance for DAMS in the post-season test at Yas Marina which begins on Wednesday.

The DAMS team is run by former Formula 1 driver Charles Pic. “They’re a very successful team that has achieved great results in the championship, and I hope I can be a part of that and continue the team’s success,” said Leclerc.

“Charles Pic has done an amazing job to help the team back to winning ways throughout the season and I’m aiming to keep that going next year.”

Leclerc finished second in the 2020 Formula Regional European championship with Prema before moving up to F3. Having finished 10th in the 2021 championship, he improved his position to sixth this year, winning three races over the course of the two seasons.

“It’s great to have Arthur join DAMS for 2023,” said Pic. “We’ve seen his talent and skill throughout his career so far, and he’s shown in the last two years in F3 that he’s capable of challenging for victories.”