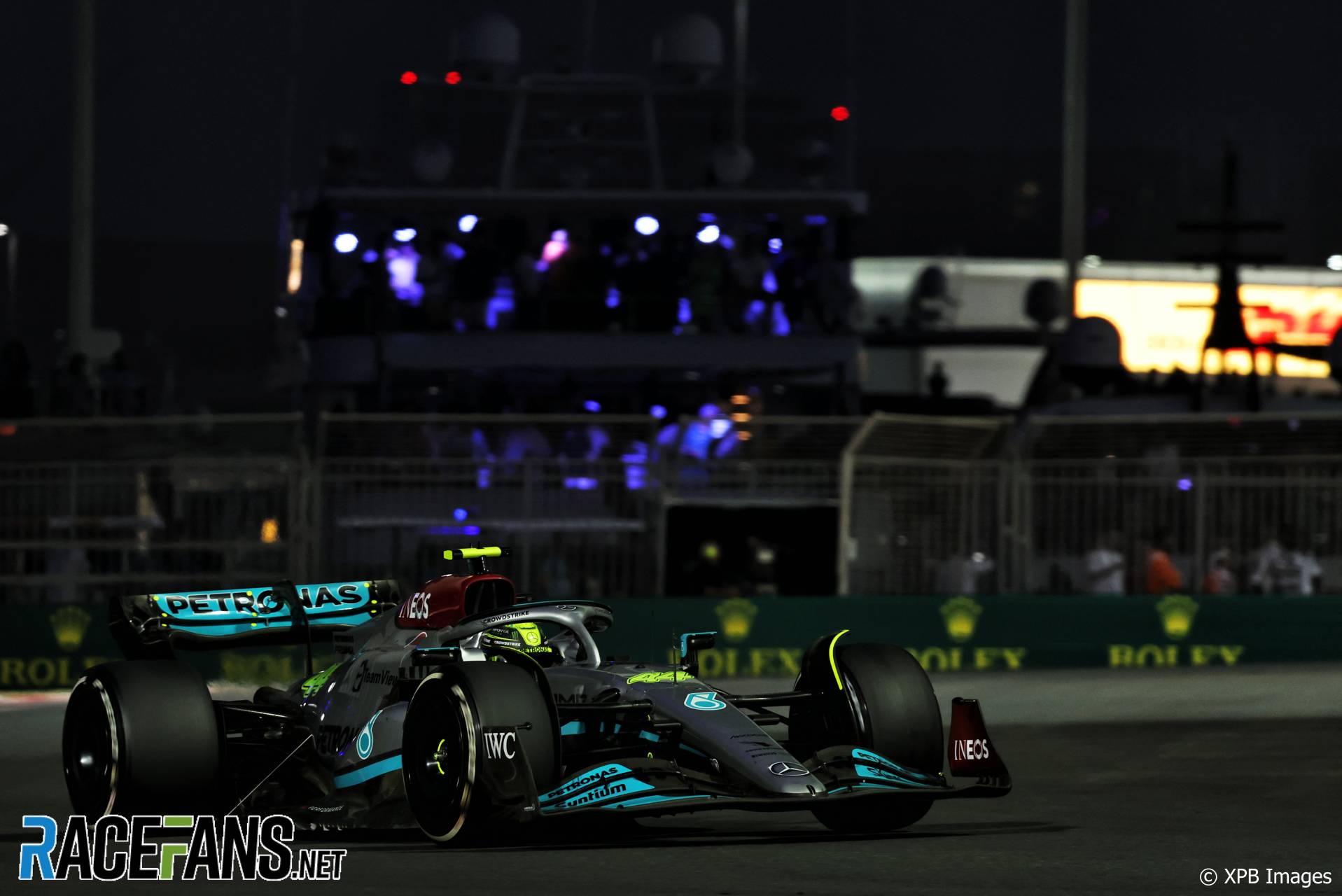 Lewis Hamilton admitted his first ever win-less season has been hard, but said it wasn’t the toughest year he’s endured during his time in Formula 1.

George Russell gave Mercedes their first victory of the year in the penultimate round in Brazil. But despite never seeming in contention for a win at the season finale, Hamilton said he remained hopeful until the end that a win would come his way.

“I always believed right until the last race that there was potentially a chance,” he said after Sunday’s race. “So I think it’s important to hold onto hope and just keep working.”

Hamilton hit trouble early in Sunday’s race when he appeared to suffer damage after going off the track. He was holding fourth in the final laps with Carlos Sainz Jnr bearing down on him when a technical problem put him out.

“I gave it everything,” he said. “I think it ultimately the last race was almost like the whole season, summed up the whole year. So I’m glad it’s done.”

“Of course it would have been nice to have had a win,” he admitted. “But one win is not really enough, is it?

He named the 2011 season, when he took three wins and finished fifth in the championship for McLaren, as one of his tougher years in F1. “I think 2011 was probably the hardest year I had just in terms of, just in life,” he said.

“This year was probably not the greatest. It’s up there with the probably top three of the worst seasons. But it’s been, I think, a much stronger year in terms of myself, in terms of how I work with the team, how we’ve all stayed united. So I think there has been lots of pluses from this year.”

He is due to drive the team’s W13 once more this year in testing on Tuesday, but joked he may try to find a way out of it. “I don’t know, I might have to pull a sickie, be like ‘my back’s hurting’ or something,” he laughed.