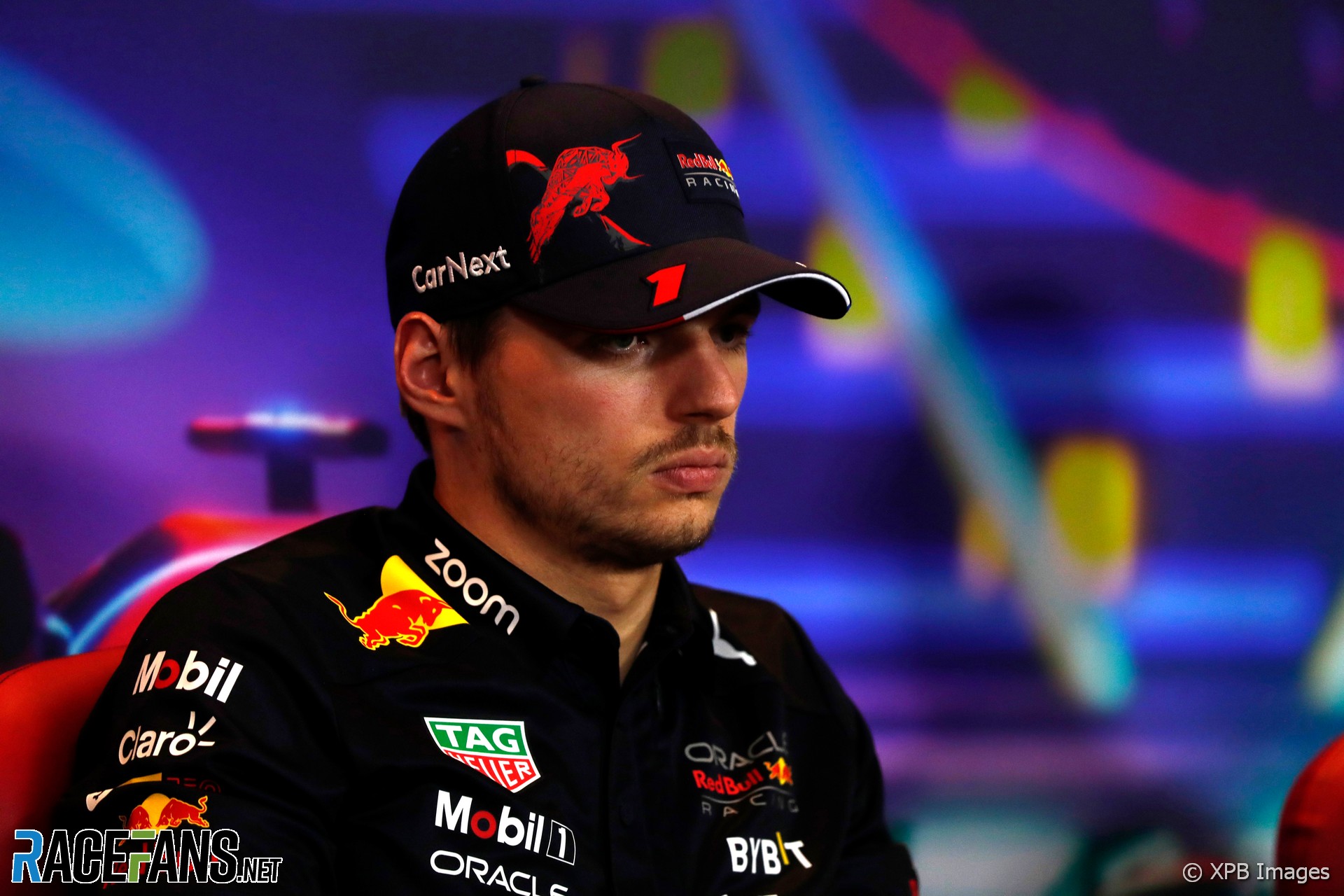 Max Verstappen says the reaction from some fans and certain people “in the paddock” to last week’s fall-out over team orders at Red Bull was unacceptable.

The team issued a statement today admitting it had made “mistakes” when asking Verstappen to allow Sergio Perez to overtake him for sixth place on the final lap of the Brazilian Grand Prix, which he refused to do. They also condemned abuse directed at members of their team on social media following the race.

Verstappen said he had told the team at the previous race in Mexico he was not prepared to move aside for Perez in those circumstances.

“It wasn’t about the position, it doesn’t matter if it’s first or second or sixth or seventh or tenth,” said Verstappen in today’s FIA press conference in Abu Dhabi. “It was about something that happened earlier in the season.

“I already explained that in Mexico and the team understood and agreed. We went to Brazil and I just thought we’re going to race, try to get the best possible result.”

Red Bull should have expected he would not let Perez pass him, said Verstappen. “We had a bit of a miscommunication on Saturday and Sunday, nothing had been said to me about a potential swap or whatever. It only came into that last lap that it was said on the radio and I think they should have known my response already from what I said the week before.

“After that race we had some good discussions, we put everything on the table and everything has been solved. So in hindsight we should have had that conversation earlier because I have never been a bad team mate to anyone, I’ve always been very helpful and the team knows that.

“I always put the team up front because at the end of the day it is a team effort. So I think what we learned from that is that we have to be a little bit more open and we have to communicate better to each other.”

Verstappen criticised the reaction to the incident both in media coverage of the race and comments posted to social media.

“After that race, of course, I looked very bad in the media,” he said. “But also they didn’t have the clear pictures. To immediately put me down like that is pretty ridiculous. Because they don’t know how I work within the team and what the team appreciates about me. So all the things I have read is pretty disgusting.

“Even more than that they started attacking my family, they were threatening my sister, my mum, my girlfriend, my dad, and for me that goes way too far when you don’t even have the facts of what actually was going on. And that definitely has to stop. If you have a problem with me, that’s fine, but don’t go after my family because that is just unacceptable.

“But we move on, obviously I have a great relationship with Checo. But of course I don’t understand when people have the full picture to immediately start attacking me like that. I hope one day they actually understand what was going on because it’s just unacceptable behaviour, so many people also in this paddock, to be honest, it’s not only fans but a lot of people. What they have been writing about me is just ridiculous.”

Perez goes into the final race of the season tied on points with Charles Leclerc for second place in the championship. Verstappen said he is prepared to help his team mate secure the position this time if needed.

“I’m looking forward to seeing the battle. As a team we have never finished first and second so if we could achieve that, that would be amazing. For sure if the opportunity is there to help, as a team, we are going to do that.”