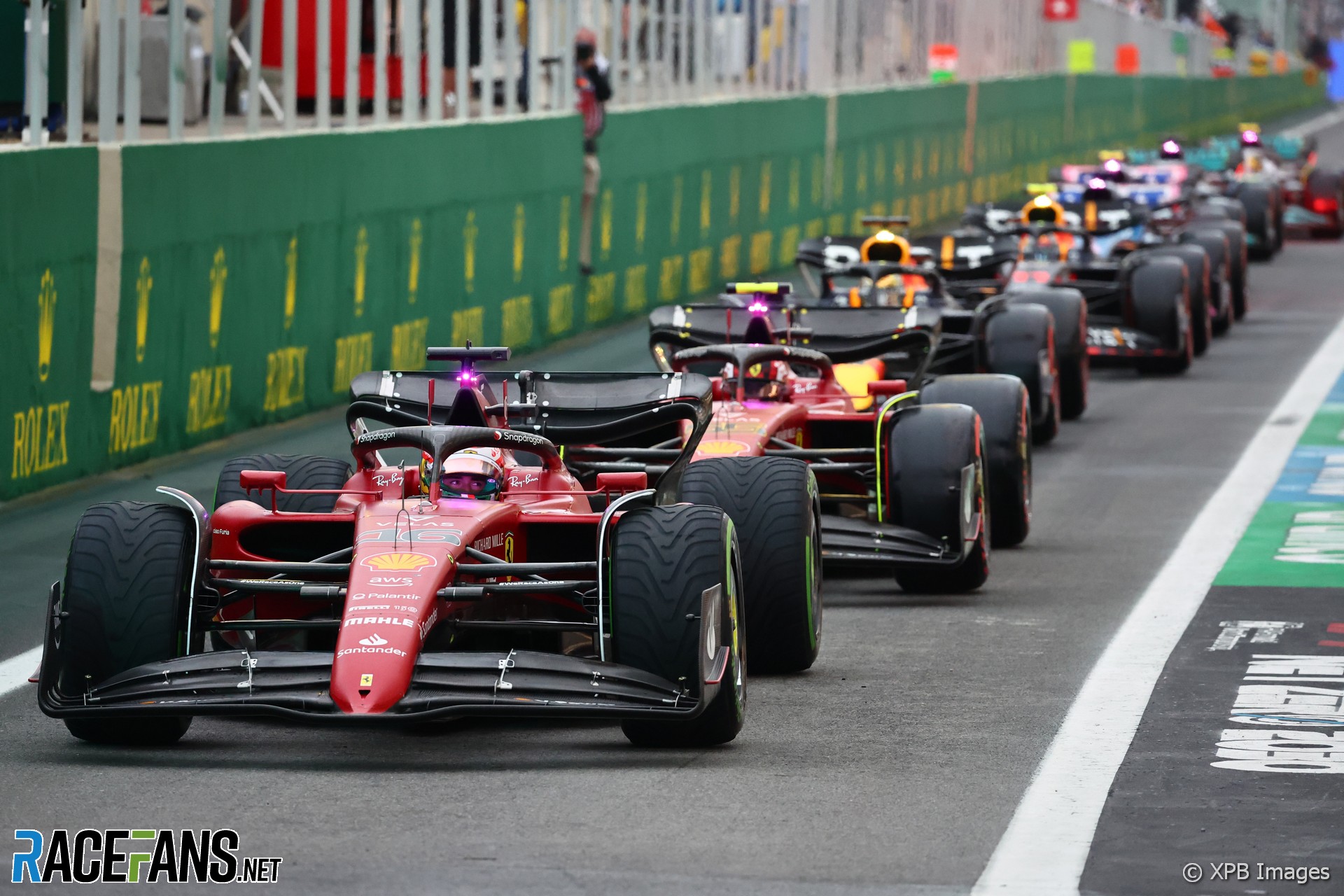 Ferrari admitted they made a mistake by sending Charles Leclerc out on intermediate tyres at the start of Q3 at the Brazilian Grand Prix, which led to him qualifying 10th.

The other nine cars in the final segment of qualifying all used slick tyres as the track was dry, though incoming rain was threatening. Leclerc failed to post a flying lap in the session.

The team’s incorrect tyre choice was compounded by a late call to bring Leclerc back in for slicks, which was made after he passed the pit lane entrance, meaning he had to complete a second lap on his intermediates. A subsequent stoppage due to a red flag and worsening track conditions once the rain arrived meant Leclerc ended the final phase of qualifying 10th and last.

Ferrari team principal Mattia Binotto admitted they hadn’t made the right call for Leclerc, but pointed out it could have turned out in their favour had the rain arrived sooner.

“Obviously, when you’ve got such weather conditions, it’s always a lottery,” he explained. “As seen by the fact that Kevin [Magnussen] was on pole or [Lewis] Hamilton eighth on the grid and [Sergio] Perez ninth. It’s proving it’s a lot.

“But we made it wrong, because certainly we were the only one on intermediate at the time and not on slicks.

“Now those types of mistakes I think in such a lottery situation, they always happen, and those mistakes can turn into the right decision as well. Because it’s only the weather changing that maybe a minute after wasn’t really happening [that could make the decision correct].”

Ferrari will scrutinise the decision-making process which led them to split the strategies between Leclerc on intermediates and Carlos Sainz Jnr on slicks, said Binotto.

“What I’m looking at is, together with the team, what’s the process that brought us to such a decision, which I think is more important rather than the decision itself. Was it right or wrong? Why are we doing that when maybe others didn’t?”

The team has faced criticism on several occasions this year for its strategy calls, notably in Hungary where Leclerc led the early stages until the team switched him onto the hard tyre compound, which did not perform as well as they expected.