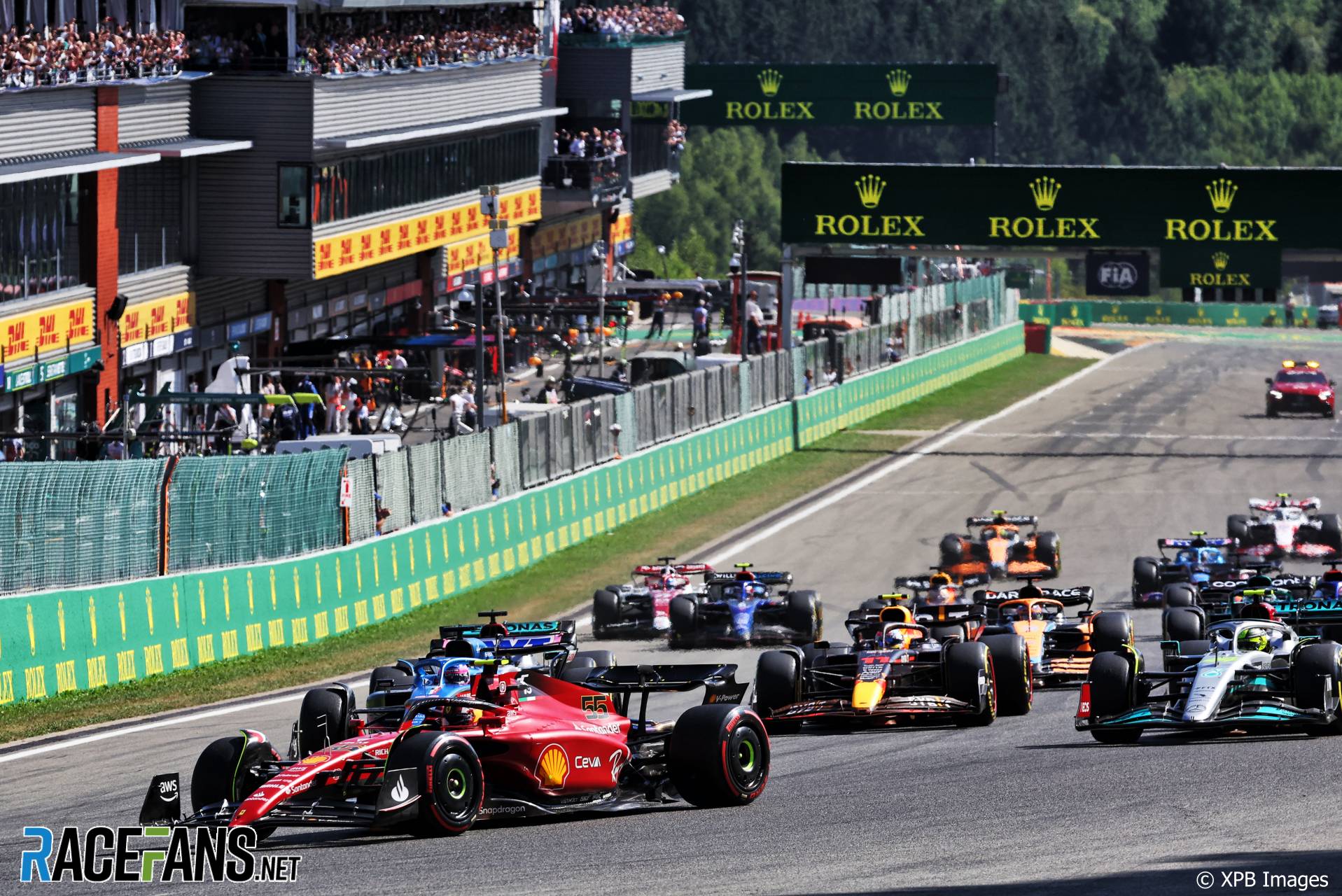 In the round-up: Max Verstappen says one measure by which he did not dominate during 2022 shows the quality of Red Bull’s performances in races.

Red Bull “barely made any mistakes”

Verstappen, who has already broken the record for wins in a F1 season, pointed out his dominance during 2022 has come despite not usually starting from the front.

“I do feel that this year, yes we have won by a big margin, but if you look, we don’t even have the most poles this year,” he said.

Verstappen has won 14 of the 20 grands prix held so far in 2022, but only five of those wins have come from pole position. He also claimed pole and won the sprint race at the Red Bull Ring, but finished second in the next day’s Austrian Grand Prix.

Even if Verstappen takes the pole at the final two rounds, Ferrari’s Charles Leclerc will end the season with the most poles as he currently has nine.

“The car has been good in the race but I do think that also as a team we have operated really well and barely made any mistakes,” he added. “We had a rough start and after that I think most of the races went pretty well for us.”

James Wharton will stay with Prema for his second year in Formula 4, and will embark on a double programme of the Italian and United Arab Emirates championships.

The Ferrari junior debuted in single-seater racing at the start of 2022, and won four races en route to fifth place in F4 UAE.

He then contested the ADAC and Italian F4 series, coming fifth in both and adding a further win to his CV.

“I’m very proud and very happy to be back racing with Prema,” said Wharton. “I’m very comfortable with the team already from the 2022 season, and I’m ready for a big push in 2023.”

The ownership of Formula 2 team Hitech GP was raised in the House of Commons on Tuesday during a session analysing the Economic Crime and Corporate Transparency Bill.

Liam Byrne, a member of parliament, used the example of Hitech in a point he was trying to make about previous provisions in the law having “comprehensively failed”. Hitech was under Russian ownership prior to sanctions being placed against the country following its invasion of Ukraine.

“[Dmitry] Mazepin was the majority owner of Hitech GP, and his son was a racing driver. His company, Uralkali, was the sponsor of this company until March 2022. In March of this year, 75% was transferred to a company called Bergton Management Ltd. The shares were not sold; they were relinquished. There does not seem to have been any cash paid out for this major economic interest in a globally significant grand prix company.

“From Bergton Management Ltd, the ownership of the assets moved to somebody called Oliver Oakes [Hitech team boss], who now controls 75% of the shares. He created Uralkali racing in January of this year.

“In an interview last year, he called Dmitry Mazepin a friend, associate, colleague and manager. I saw from the Companies House register this morning that he created Hitech Global Holdings on March 11th 2022, just three days after Mr Mazepin and his son were sanctioned.

“There is a clear risk that oligarchs are using proxies, and that this misbehaviour is washing up on our shores and in Companies House. That leaves us with the third question: whether there is a hole in the Bill here.”

RaceFans has approached Hitech for a response.

'Professional sportscar team Era Motorsport, currently fielding an Oreca LMP2 in the IMSA Championship has announced the intent to expand their program into the field of F4. In an effort to nurture young talent and help athletes progress from karts into cars, Era has launched the Era Driver Development Program F4 team. The first driver to join the ranks will be Matthew Higgins.'

'Organisers of the Australian Grand Prix have announced the title partner for next year’s event. Rolex will return to take naming rights of what will be the third round of the season on April 2nd. The watch brand was the title sponsor between 2013 and 2020, with Heineken stepping in for this year’s race.'

Andretti can’t join F2 as a way of getting on F1 grid, for now (Formula Scout)

'Top IndyCar outfit Andretti Autosport will not be able to use Formula 2 as a route to getting on the Formula 1 grid in the future, as it currently stands.'

Lessons from a life in the fast lane

About 200 much-loved Trees of Gold have been removed for Formula E race tracks on NTR Marg, Hyderabad. A mere 78 trees of gold have been left standing.

The is tragic and ironical
in a city that just won a green award.

— Save Banyans of Chevella (@chevellabanyans) November 8, 2022

The latest update for F1 Manager 2022 is rolling out now for all platforms, addressing more player-reported topics 🙌

Full patch notes, and deets on what's coming next, are on our website 👇https://t.co/WcKqCZKiW3 | #F1 pic.twitter.com/GZMKuRUhxZ

Throwing it back to @FelipeDrugovich’s first day at the AMF1 HQ.

The @Formula2 Champion will be joining us for the #BrazilGP this weekend – stay tuned to see what he gets up to. pic.twitter.com/g6TjYG69Y5

F1 completes its two-year trial of sprint races this weekend at the Brazilian Grand Prix this weekend before it rolls them out more frequently in 2023. But should there be a tweak to qualifying too if sprint races are going to be hold more significance in setting the grids for grands prix?

I find the current qualifying format great, and wouldn’t change it. Q1 and Q2 matters because I care who might get knocked out, and Q3 matters because the top drivers probably only have a couple of attempts. I do care if Ocon messes up in Q1 and is only 16th, or if he narrowly misses out on getting into Q3. Ultimately, if you only care about who is on pole, currently there’s only six drivers at most who could do that, so you’re always only going to have a small number of qualifying runs that matter.

It’s much better than the old format that existed when I first started watching F1 of 1 hour with everyone having 12 laps. You could tune in and for the first 30 minutes you might only see a couple of Minardis on track.Martin