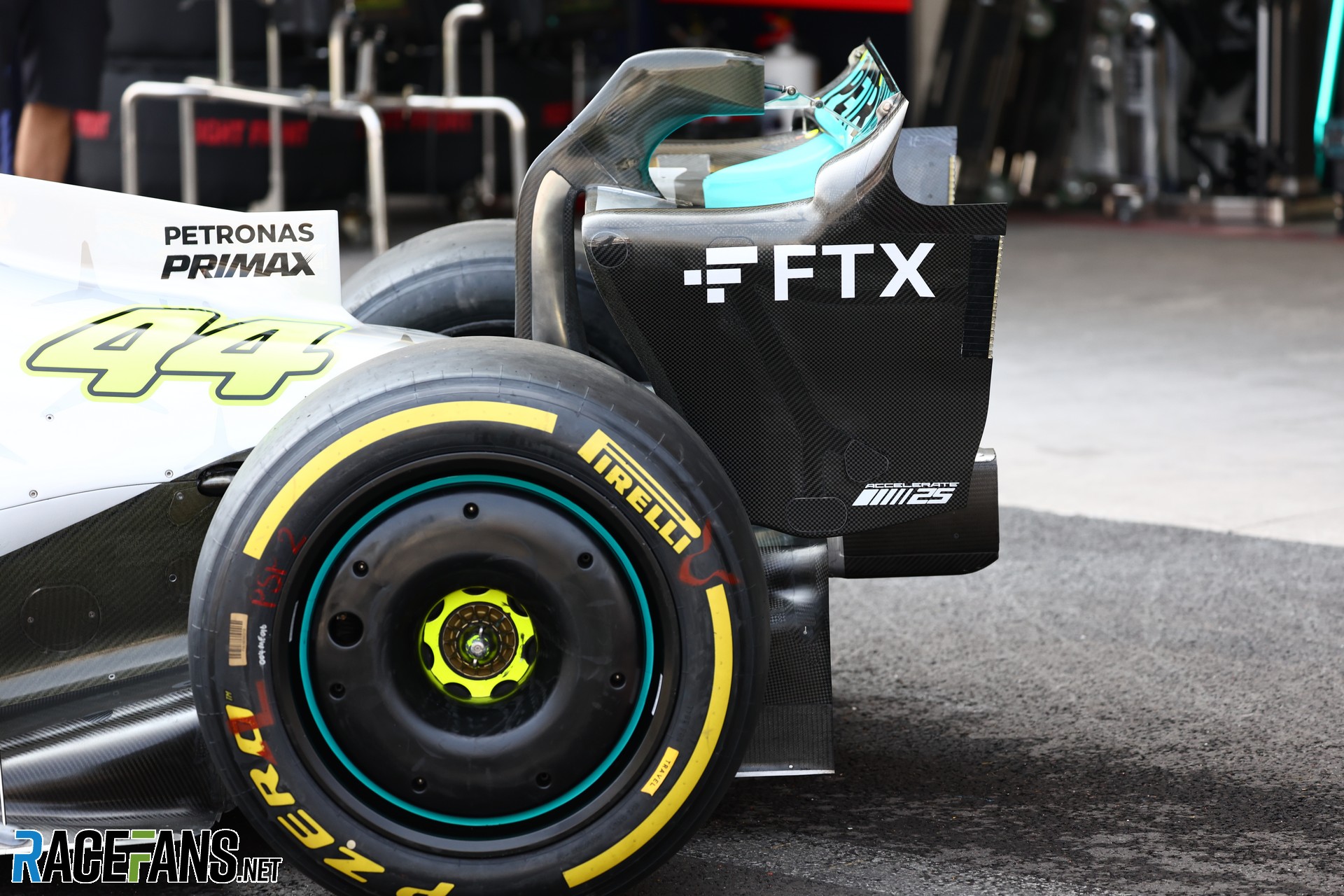 Mercedes plans to continue carrying the branding of its troubled sponsor FTX at this weekend’s Brazilian Grand Prix.

The cryptocurrency exchange suffered a collapse in value this week after users began withdrawing their funds en masse. Up to £5.1 billion ($6bn) is reported to have been taken out in the space of three days.

A potential rescue deal involving rival cryptocurrency exchange Binance, which sponsors Alpine, fell apart on Wednesday. That has raised serious concerns over the future of FTX.

Mercedes announced in September last year it had formed a “long-term relationship” with the cryptocurrency exchange which would “span multiple race seasons with the FTX logo being featured prominently on both the cars and the drivers.” It has carried their logos since then.

The FTX logos appear on the nose, cockpit and rear wing end plates of Mercedes’ W13 cars (pictured above in Mexico). One of its noses was spotted without its usual FTX decal at the Interlagos circuit on Thursday, but RaceFans understands the team intends to display the FTX branding as usual when practice begins at the circuit tomorrow.

FTX also launched a range of Non-Fungible Tokens (NFTs) in conjunction with Mercedes at the Miami Grand Prix earlier this year. FTX founder and CEO Sam Bankman-Fried, who said last year the Mercedes deal would “continue amplifying our position as the leading global cryptocurrency exchange”, today apologised for the company’s troubles in a lengthy social media post.

“Right now, we’re spending the week doing everything we can to raise liquidity,” he said. “I can’t make any promises about that. But I’m going to try. And give anything I have to if that will make it work.”

“At the end of the day, I was CEO, which means that I was responsible for making sure that things went well,” he added. “I, ultimately, should have been on top of everything. I clearly failed in that. I’m sorry.”