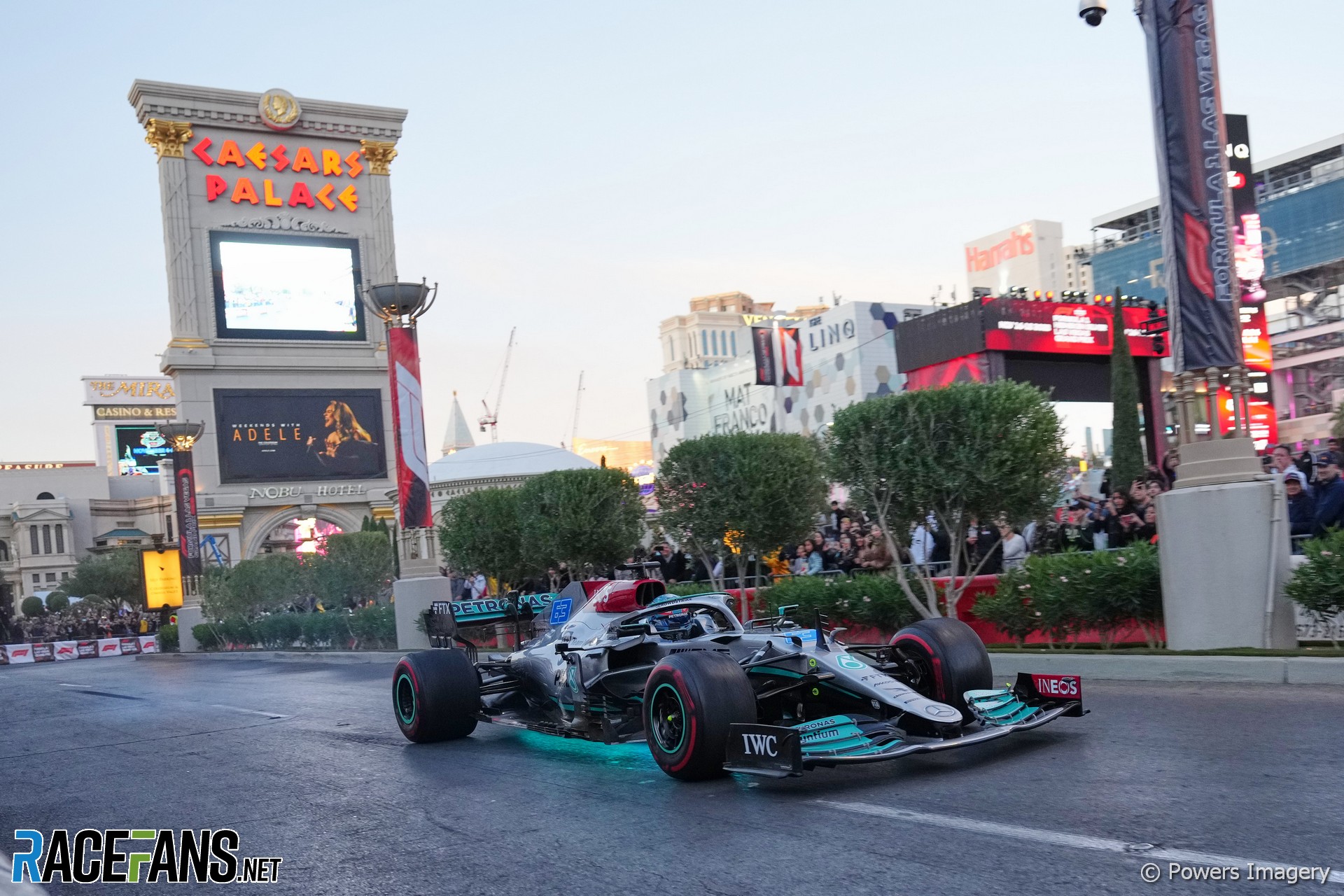 The new race on a street circuit in the Nevadan city will be the penultimate round on the 2023 F1 calendar.

F1 held demonstration runs for F1 cars and the F1 Safety Car on the famed strip which will form part of the new Las Vegas Street Circuit. Mercedes added underfloor lighting to their car for the event to promote the new night race.

“I’m so excited to be here in Vegas,” Hamilton told the crowd after he and team mate Russell joined in the demonstration. “Just driving down that strip, watching movies like so many of you have seen Vegas and the lights, this race is going to be for sure the best race of all time.”

Hamilton said he expects it will be difficult to shut out the many distractions of the world-famous entertainment destination during next year’s November event.

“We have races like Singapore and Monaco, for example, is pretty hectic,” he said, “but it’s definitely not going to be easy.”

“We’ll be here to try and win the race, of course. But hopefully we’ll get to enjoy a bit of what this city has to offer.”

The seven-times world champion said he was pleased to see so many American fans had turned up for the event which marked the beginning of ticket sales for the race.

“It’s a surprise always to see so many people here, the whole way around the circuit, the support from all of you, people that have come out to Austin, Miami, it’s been phenomenal this year,” he said. “So thank you so much for the support.”

Sergio Perez, who enjoys considerable support at American rounds which tend to attract a large contingent of Mexican fans, said he is “so much looking forward” to the race.

“I love this place,” said the Red Bull driver. “I’ve come here so many times in my life, so I just cannot imagine an event together with Formula 1. It’s going to be, I think, the biggest event in the world next year.