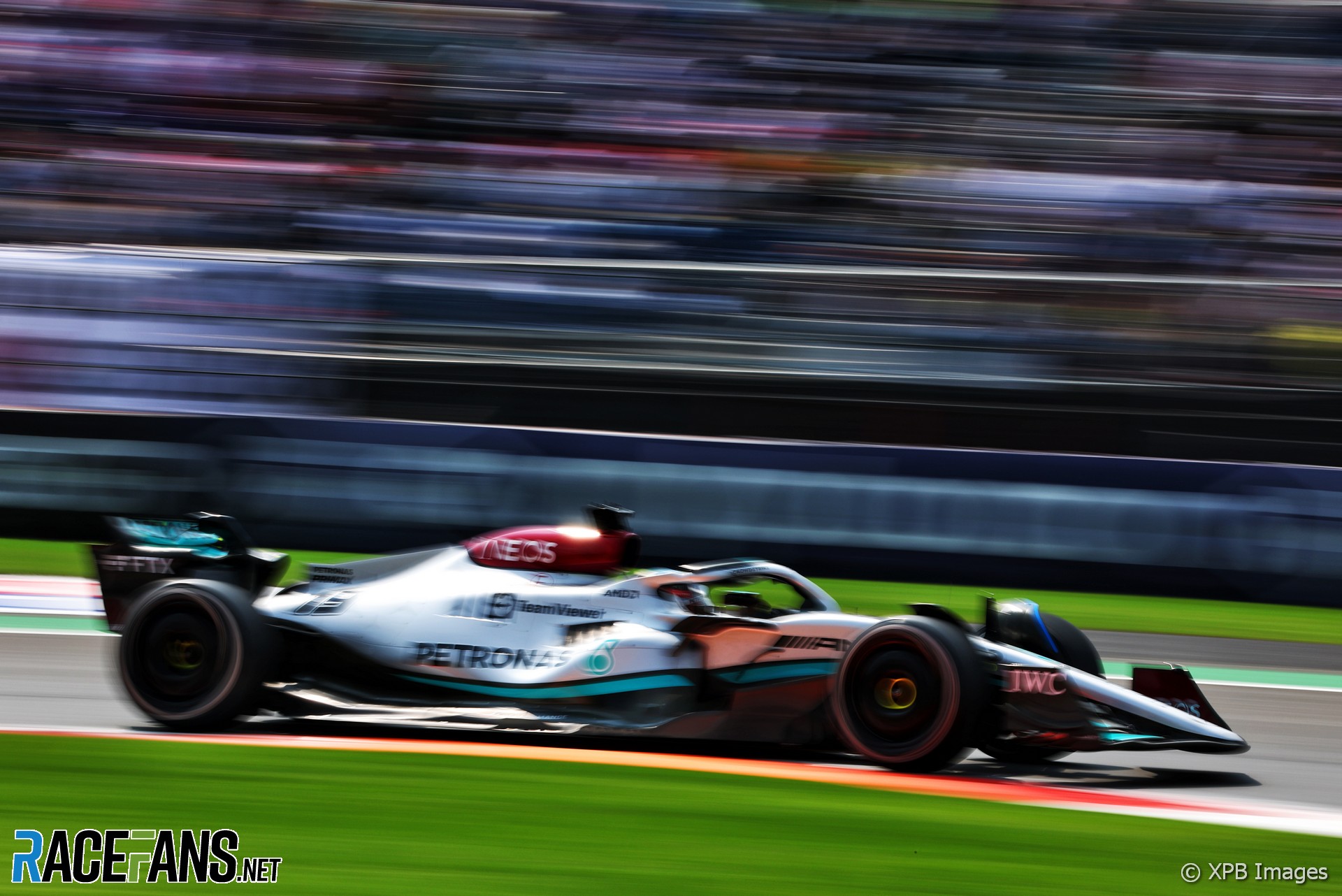 Achieving a race victory before the end of the 2022 season would ‘prove’ that Mercedes were back in the fight at the front, says team principal Toto Wolff.

Last season’s constructors’ champions Mercedes have so far failed to win a race in 2022 after struggling for performance with their W13 car compared to rivals Red Bull and Ferrari.

However, the team have gradually inched closer to the teams ahead over the course of the season, with Lewis Hamilton taking eight podium finishes, including two consecutive second places in the last two rounds in the United States and Mexico. Team mate George Russell has also finished on the podium seven times and even claimed pole position for the Hungarian Grand Prix prior to the summer break.

Mercedes are currently 40 points behind second-placed Ferrari in the constructors’ championship with two grands prix remaining in the season. Wolff says that having been in contention for the victory in the last two rounds, breaking through and claiming a win would be a major psychological boost to the team.

“The win would be would be proof that our car is back to fight for wins,” Wolff said. “P2 could also be because the others dropped the ball and we’re just scoring more points.

“The thing is, we are racers. At the moment, we can kind of see it in front of us. We just want to grab it and therefore there is always a sense of frustration. We’ve come from such a long way and here we are, racing for a win, we are racing for both cars on the podium, Ferraris are behind us. So you need to stay humble about what we’ve achieved, while still reaching for the stars.”

After Red Bull and Max Verstappen beat them to victory in Mexico by making use of softer tyres than Mercedes opted for, Wolff later accepted that the team had made the wrong call on strategy. Asked after the race if Mexico had presented them with their best chance of winning in 2022, Wolff admitted “n the simulations, it says yes.”

“But we see the tendency,” Wolff continued. “We see that we are able to compete.

“I’m really proud of the team, what we did [last] weekend. We experimented with a lot of things. The engine guys have pushed the boundaries really to give us the maximum performance also. So I think it will be a mix between trying the max [in the final races] whilst trying the most for next year.”

Asked he would prefer a race win and finishing third in the constructors’ championship or not winning a race and beating Ferrari to second place, Wolff simply replied “a win.”