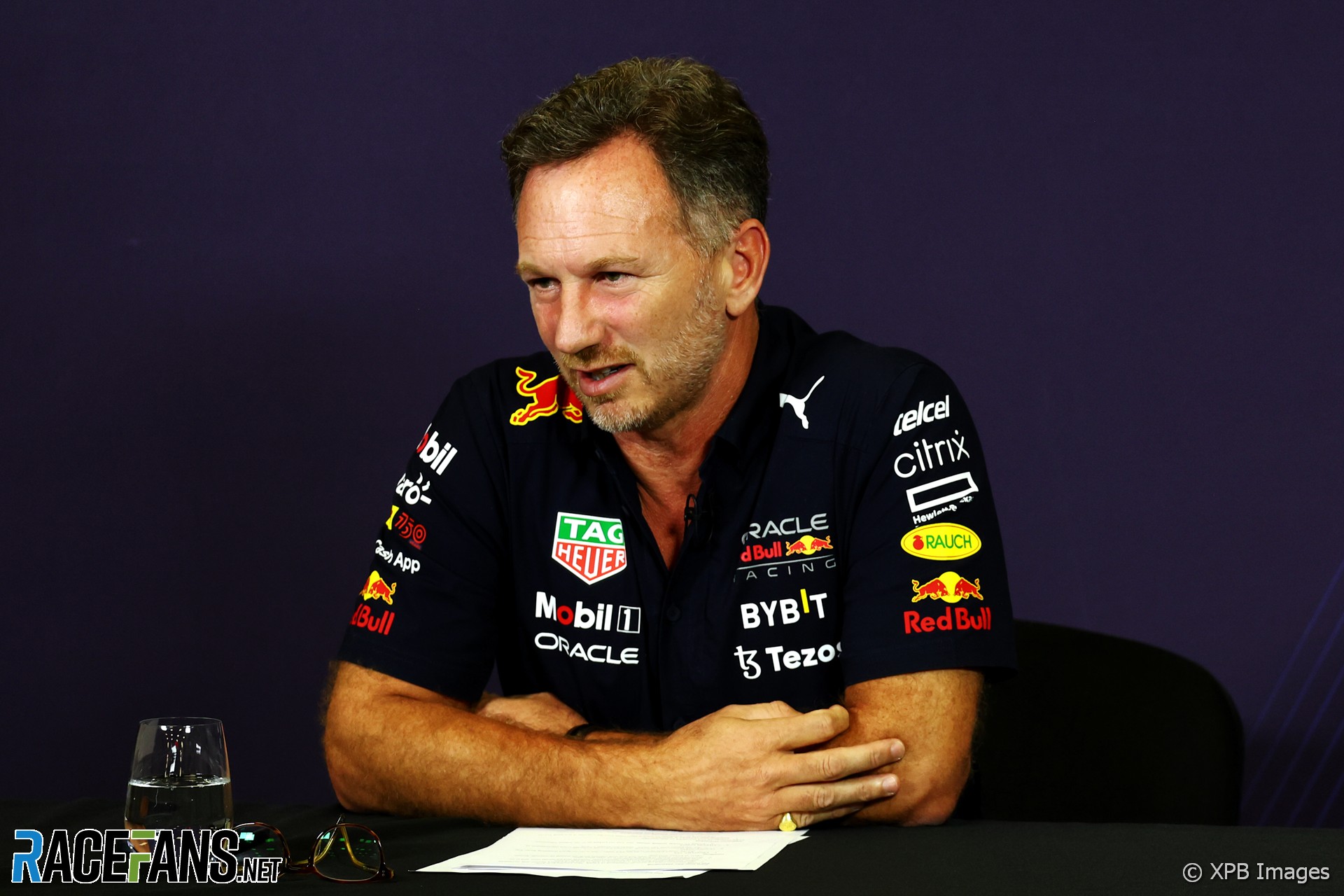 Red Bull and Max Verstappen’s refusal to co-operate with Formula 1 broadcaster Sky during the Mexican Grand Prix is the latest example of the world champions demonstrating their dissatisfaction with how their successes are being reported.

The team said this was not the first time this year they’d had cause to complain about Sky’s coverage. Nor were their concerns limited to Sky’s English-language service – which broadcasts in the UK, USA and elsewhere – but some of its other channels too.

Red Bull said their decision to pull their team staff from interviews with the broadcaster was triggered by the “accusations of championships being ‘robbed’” in their coverage of the United States Grand Prix the week before. This appears to refer to Ted Kravitz’s Notebook feature from that weekend.

During his regular post-race segment, which takes the form of a monologue to camera interspersed with ad-hoc interviews, Kravitz referred to Brad Pitt’s appearance in the paddock and his plans to produce a film with Lewis Hamilton. This followed a race in which Hamilton was passed for victory by Verstappen, who beat him to last year’s world championship in deeply controversial circumstances.

The race at the Circuit of the Americas seemed a better plot for a film than the one Pitt is pushing, Kravitz opined. “We know, pretty much, the script,” he began. “Because it seems to be the same script everyone’s doing in F1, which is old driver in retirement, ‘oh, I can’t drive any more’, comes out of retirement to help troubled young driver deliver in F1. That old trope.

“But I liked today’s script that eight, seven-time world champion – I almost said eight-time world champion – seven-time world champion goes into a final race trying to be the greatest of all time and win the championship, gets robbed, comes back, his next year’s car is rubbish – rubbish in a movie sense – his next year’s car is rubbish, doesn’t win a race all year and then finally comes back at a track where he could win the first race all year is battling with the same guy who won the race that he was robbed in the previous year, and manages to finish ahead of him. What a script and a story that would have been.”

Verstappen did not specify what prompted Red Bull’s boycott, but explained why he’d become increasingly frustrated with Sky’s coverage over the year.

“It’s been a constant kind of like digging, being disrespectful,” he said. “Especially one particular person.

“At one point it’s enough, I don’t accept it. You can’t live in the past. You just have to move on.”

Red Bull team principal Christian Horner indicated it was the description of Hamilton being “robbed” that had caused particular offence.

“Accusations of championships being ‘robbed’ is something that we don’t feel is an impartial commentary,” he said in response to a question from RaceFans. “So obviously that, we don’t feel, [is] in any way fair or balanced.”

Red Bull clearly felt slighted by Sky’s coverage. Verstappen called their language “disrespectful” and Horner described it as “derogatory”. Whether or not you agree with them likely depends on your interpretation of ‘robbed’ in this context: Was the intention to insinuate Red Bull ‘robbed’ Hamilton of the title? Or is the team taking offence at the suggestion Hamilton was ‘robbed’ by someone else and they indirectly benefited?

The expression ‘we was robbed’ is typically used to refer to a competitor losing because of bad refereeing. Mercedes’ team principal Toto Wolff used the same word in the aftermath of last year’s notorious title-decider to point his finger at the man they believed “robbed” Hamilton: FIA F1 race director Michael Masi.

“The decisions that have been taken in the last four minutes of this race have robbed Lewis Hamilton of a deserved world championship,” said Wolff, adding: “Robbing him in the last lap of the race is unacceptable.”

Masi lost his job as race director after breaking F1’s rules in arranging a last-lap restart in which Verstappen passed Hamilton to win the world championship. The fact of his error is widely acknowledged – even Horner has since admitted Masi made a “mistake”.

But the suggestion that Hamilton deserved to beat Verstappen in a race because he previously lost a championship to him due to someone else’s mistake crossed a line for Red Bull. And as recent examples have shown, both team and driver have no qualms about taking a stance over how broadcasters describe them if they feel it is warranted.

Verstappen refused to co-operate with the producers of Netflix series Drive to Survive for three seasons, accusing them of ‘faking rivalries’. He has since changed his position, revealing in June this year he will appear more heavily in upcoming editions of the popular documentary.

Red Bull previously clashed with Sky in 2021, prompting the broadcaster to replace one of its F1 channel idents which featured footage of Verstappen’s high-speed crash at Silverstone last year. Red Bull said it was in “very poor taste indeed”.

Horner also signalled his displeasure with how some in the press treat Red Bull when news of the team’s cost cap infringement first came to light during the Singapore Grand Prix weekend. As other teams urged the FIA to take action against anyone found to have overspent, Horner accused them of peddling “fictitious” and “hugely defamatory” claims about his team.

One journalist put it to Horner that neither Ferrari nor Mercedes had specifically named Red Bull in relation to those comments. Horner disagreed and questioned the writer’s impartiality, pointing out he should “remain absolutely neutral”. (Horner’s exact words were: “I know you have impartiality for certain teams, but it should remain absolutely neutral”, though from the context it appears he meant “partiality”).

Horner feels Red Bull are a “cheap target”. In Singapore he suggested the claims they exceeded the cost cap were being whipped up to distract attention from Verstappen’s expected coronation as champion. That eventually followed one week on in Japan where, 90 minutes later, Horner was told the FIA had found Red Bull to be in breach of the cap.

Since their run of consecutive championship at the end of the V8 era was halted by Mercedes’ mastery of the V6 hybrid turbo rules, it’s been a long route back to the top for Red Bull. They’ve finally scaled that summit, and now both championships belong to team and driver.

But whether it’s Masi last year or the budget cap this year, controversies have taken attention away from those successes. That is clearly a source of deep frustration for the team and likely explains why a Sky segment which referred back to the events of last year, however jokingly it may have been intended, hit a nerve and provoked such a strong reaction.

Whether Sky’s viewers will sympathise with Red Bull, or conclude the whole thing was a stunt intended to deflect attention from the cost cap debate, remains to be seen. Or, for that matter, how swiftly Horner will transition back into his familiar place as a regular figure in Sky’s F1 coverage.