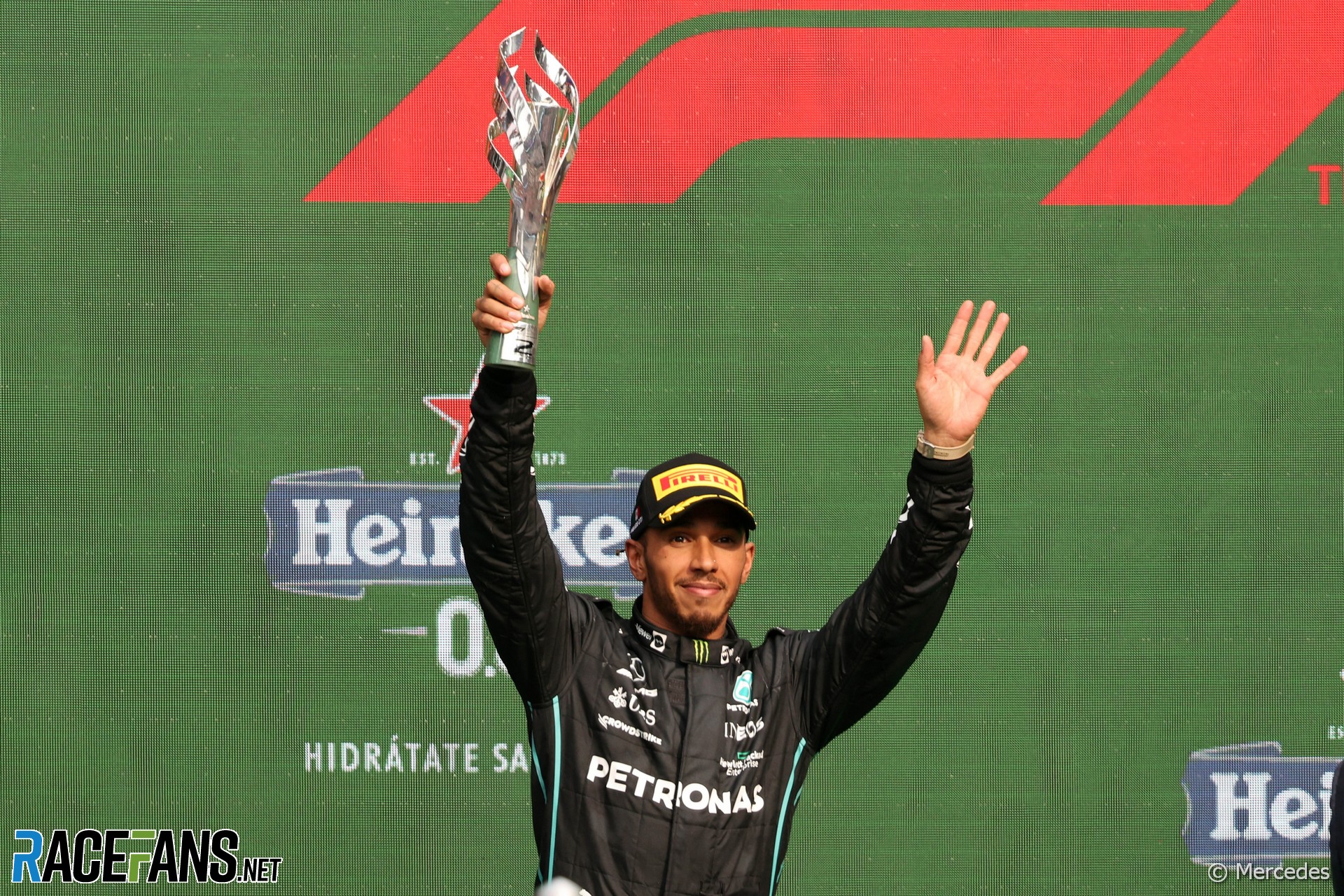 Lewis Hamilton brushed off a social media furore over comments made by Fernando Alonso in a recent interview, saying it made him laugh.

Alonso told Dutch newspaper De Telegraaf “Max’s titles are worth more than Hamilton’s” and “I have a lot of respect for Lewis but it’s different when you win seven world championships having only had to fight against your team mate.”

After the quotes were widely shared on social media, Alonso told his followers he was “tired of the continuous search for headlines.”

Hamilton issued a reaction of his own, sharing an image of himself winning the 2007 United States Grand Prix ahead of then-team mate Alonso, adding a thumbs-up emoji. He said he was amused by his rival’s comments, but tried to treat other champions with respect.

“It does make me giggle a little bit to be honest,” Hamilton said in yesterday’s press conference. “But I have tried to be really respectful over the years.

“For example, when you’ve ever asked me about who has been the better driver for me I’ve always tried to give praise. It’s definitely interesting to see the comments that are made, but it doesn’t really matter. So that’s why I just kind of put the thumbs up.”

Mercedes team principal Toto Wolff downplayed Alonso’s comments and said they had no effect on his driver. “He’s a teaser,” said Wolff. “It’s comedy and this creates headlines and the sport is about headlines.

“They’re great champions and Alonso likes to throw one in. I don’t think it’s bothering Lewis a millimetre.”

Alonso believes the reportage of his comments had generated too much antagonism on social media. “I think we all try to help and make social media a better place and we need to all collaborate on that,” he said. “We need to stop pitting the fans against each other. We are all in the same and great champions, great sportsmen, and we try to enjoy this beautiful time.”

Asked after the race for his opinion on Max Verstappen’s record-breaking 14th career win, Alonso said: “I don’t speak any more about anyone else because I think it’s just misunderstanding always. So, you know, very good for him.”