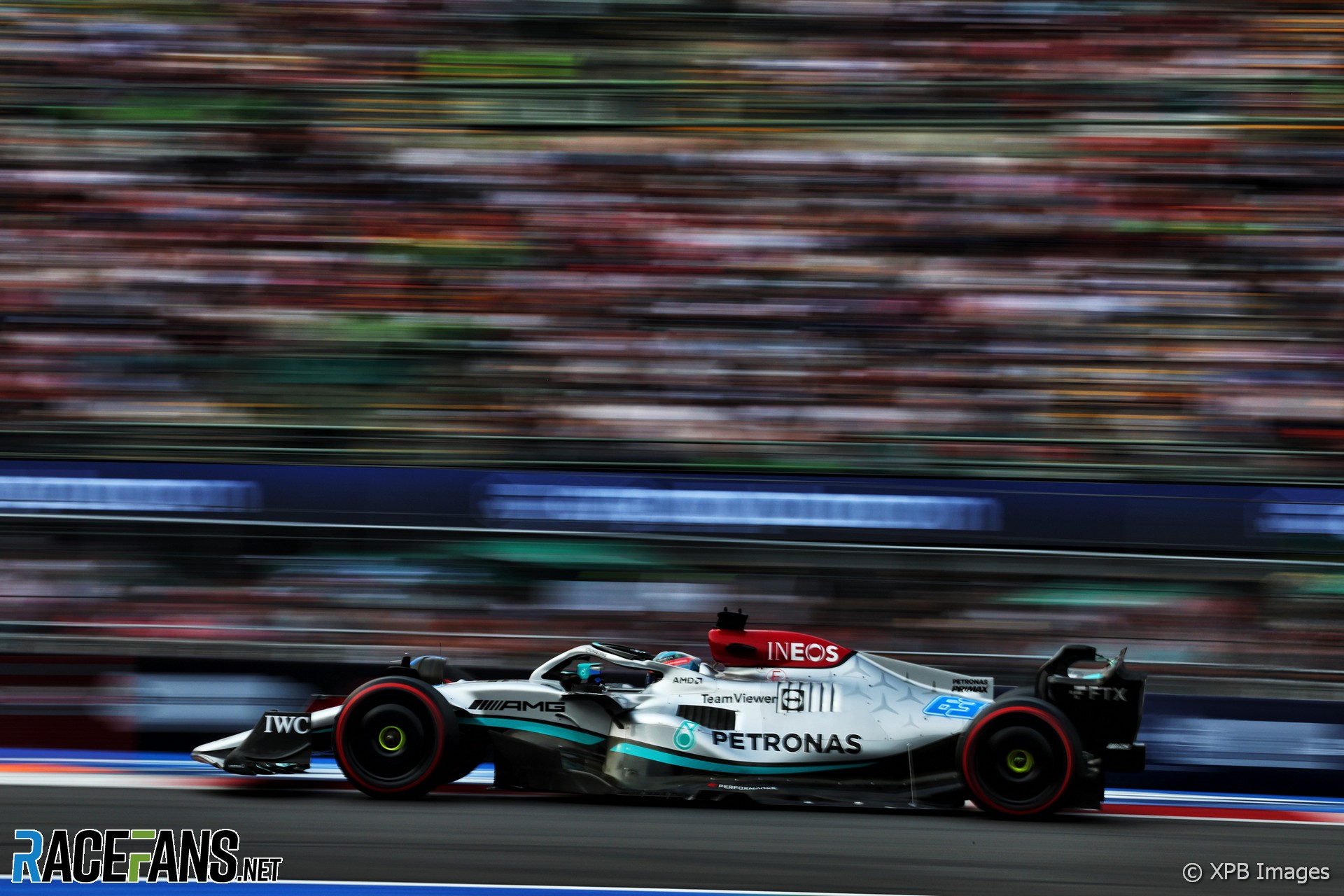 George Russell is targeting a podium finish for Mercedes this weekend after the team enjoyed one of its strongest Friday performances of the season so far.

He sat out the first of the day’s sessions while Nyck de Vries made his final appearance for the team as a Friday practice driver. During the tyre testing session later in the day, Russell was one of a handful of drivers who was able to run 2022 rubber, and put his Mercedes on top of the times.

In the same session Lewis Hamilton lapped quickest of the drivers who only ran Pirelli’s development 2023 rubber. The performance supported team principal Toto Wollf pre-weekend prediction that the track would suit their car which has performed best on high-downforce circuits.

“Today was one of our better Fridays, if not the best of the year so far,” said Russell after practice. “The car is working well and it felt good driving on this track.”

All year long Mercedes have grappled with the problem of their W13 being less competitive over a single flying lap. Russell doubts that will change at the Autodromo Hermanos Rodriguez.

“The pace was relatively strong, but we know the challenges at this circuit,” he said. “For qualifying, the difficulty will be to get the tyres in the right window for the single lap run. And on Sunday, it will be difficult to manage temperatures for the engine and for the brakes.”

He believes “a podium finish should hopefully be possible for us this weekend, so that’s what we will be aiming for,” but admitted the disrupted Saturday sessions made it difficult to get a read on their rivals.

“Not having the normal FP2 running, where we get to assess the long-run performance of our rivals, doesn’t allow us to understand where our competitors are and that can become a big challenge if we will struggle with tyre temperatures during the race,” he said.

“We take some very useful learnings about tyre temperature management for next year and will be working hard overnight as it’s not going to be a straightforward weekend for sure, but positive learnings for us today.”

The team’s head of trackside engineering Andrew Shovlin was also content with their day’s work. “From what we can tell the car is working well on both single lap and long run,” he said. “The balance isn’t perfect so we’ve got areas to work on overnight, but a reasonable start at what is normally a very challenging circuit.”

3 comments on “Russell targets podium after encouraging Friday for Mercedes”