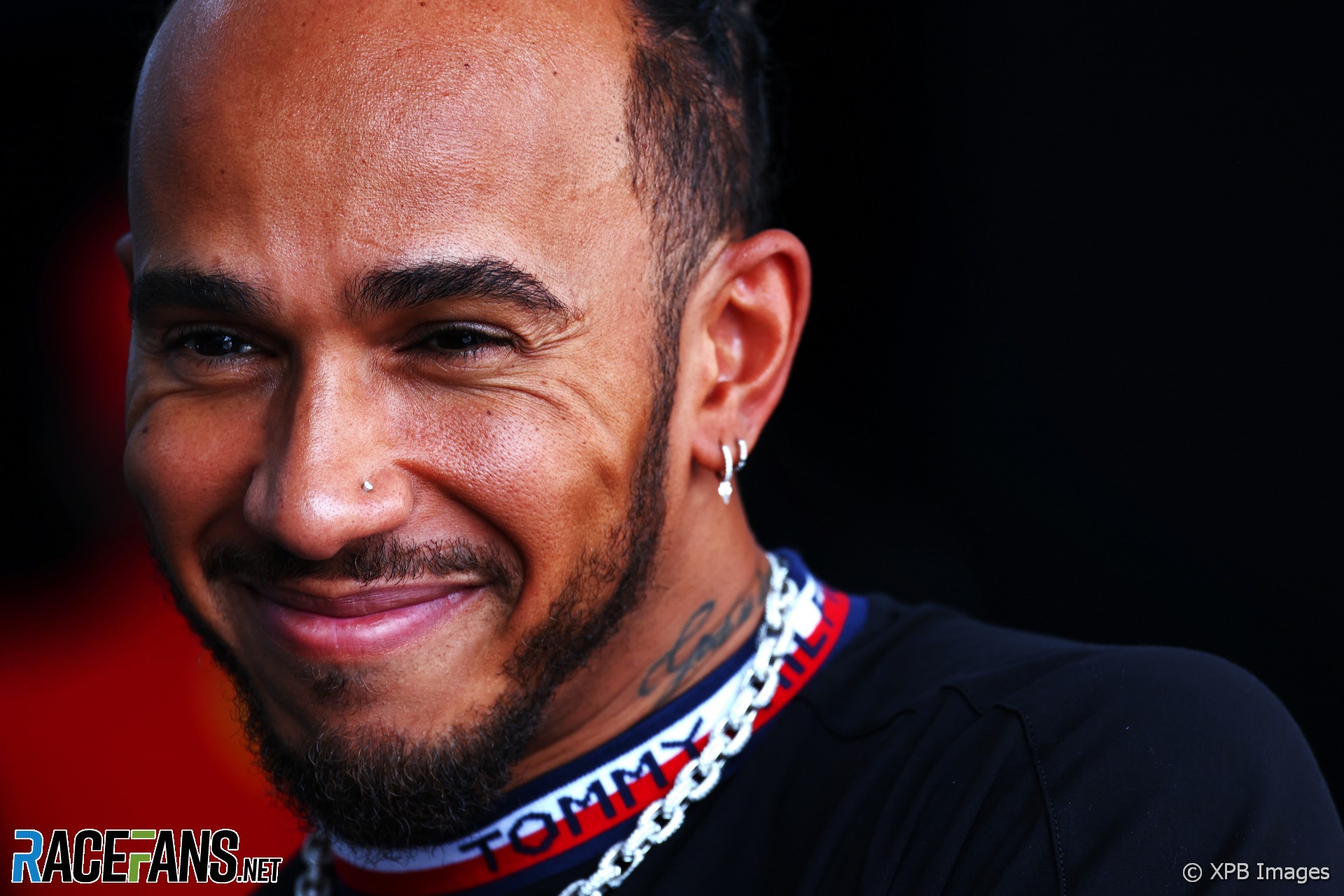 Lewis Hamilton wants to sign a new multi-year contract with Mercedes as he aims to get back the world championship he lost last year.

Following his narrow and controversial defeat to Max Verstappen at the end of last season, Hamilton has endured a disappointing campaign in the W13, which began the year well off the pace of the front runners. Although the team has made progress, Hamilton is facing the likelihood he will end the year without having won a race for the first time in his career.

He said he constantly questions himself whether he is able to sustain the high level of commitment required to be competitive in Formula 1.

“If there’s ever a moment that I’m arriving and I’m just coasting along, then that’s when I don’t belong here and don’t deserve a position here, and that’s when I should stop.

“I question myself whether I’m able to do that and whether I want to do that, and the answer is yes. We obviously have a championship that we need to get back.”

The adversity of Mercedes’ tough 2022 season has made the team stronger, says Hamilton. “I love the mission and that challenge with my team,” he said. “Every single person that’s back here, over in the garage, has given up so much time in their lives on the road year after year after year. And this one’s been a really, really challenging one for us all in so many ways.

“But it’s been beautiful to see the journey that everyone individually has gone on, but also collectively how we’ve gelled together, pulled together, closer to each other, and been more of a room full of men, most often, showing more of their vulnerability. That’s been a really interesting process and I’m grateful to be a part of it.

“I can’t wait to the time when we get back to success, when we finally get that, when we get that championship, it’s going to make all these these tough moments worthwhile.”

His current contract with Mercedes runs until the end of the 2023 F1 season. Hamilton says he isn’t “putting a limit on” how much longer he wants to go on for but is “planning to do a multi-year deal with my team.”

“There’s a lot of great things that are being put in place like I just launched a production company this week,” he continued. “But I feel great in my mind and body. So I think I want to continue. I think there’s more stuff for us to achieve, to be honest, so I want to be here longer, I just don’t know.”

A multi-year contract extension would keep Hamilton racing into his forties, something he previously indicated he was reluctant to do. He is the second-oldest driver in F1 today, behind 41-year-old Fernando Alonso.

“If Fernando leaves maybe I’ll have to think about it twice, because I’ll be the oldest driver!” he joked.

However he is keen to challenge the “narrative of winding towards the end” of his career. As Hamilton has promoted his interests outside motorsport, such as fashion, music, film and his diversity initiatives, some have questioned whether he intends to give up F1 to focus on them.

“Being a racing driver is a great thing, but I was trying to see how am I going to grow beyond this role,” he explained. “And I think you’ve seen that with the work we’re doing with Ignite, I’ve got Mission 44 now.”

Mercedes team principal Toto Wolff “has been an amazing leader and a supporter and enabled me to do things”, said Hamilton. “In the past Niki [Lauda, former F1 champion and team advisor] would say to him ‘how’d you let him do this?’ Then eventually they’re all coming around to the idea that supporting and enabling people to be in their best is better for everybody’s interests.

“So I’m just in a happy place in my life, a lot more grounded in my home I get to spend time in the UK when I come to see the team, for example, my sister and family come down. So I have just a lot better set-up, just all ’round. And I feel like I can take the team to more championships.”

Become a RaceFans Supporter today and browse the site ad-free. Sign up or find out more via the links below: