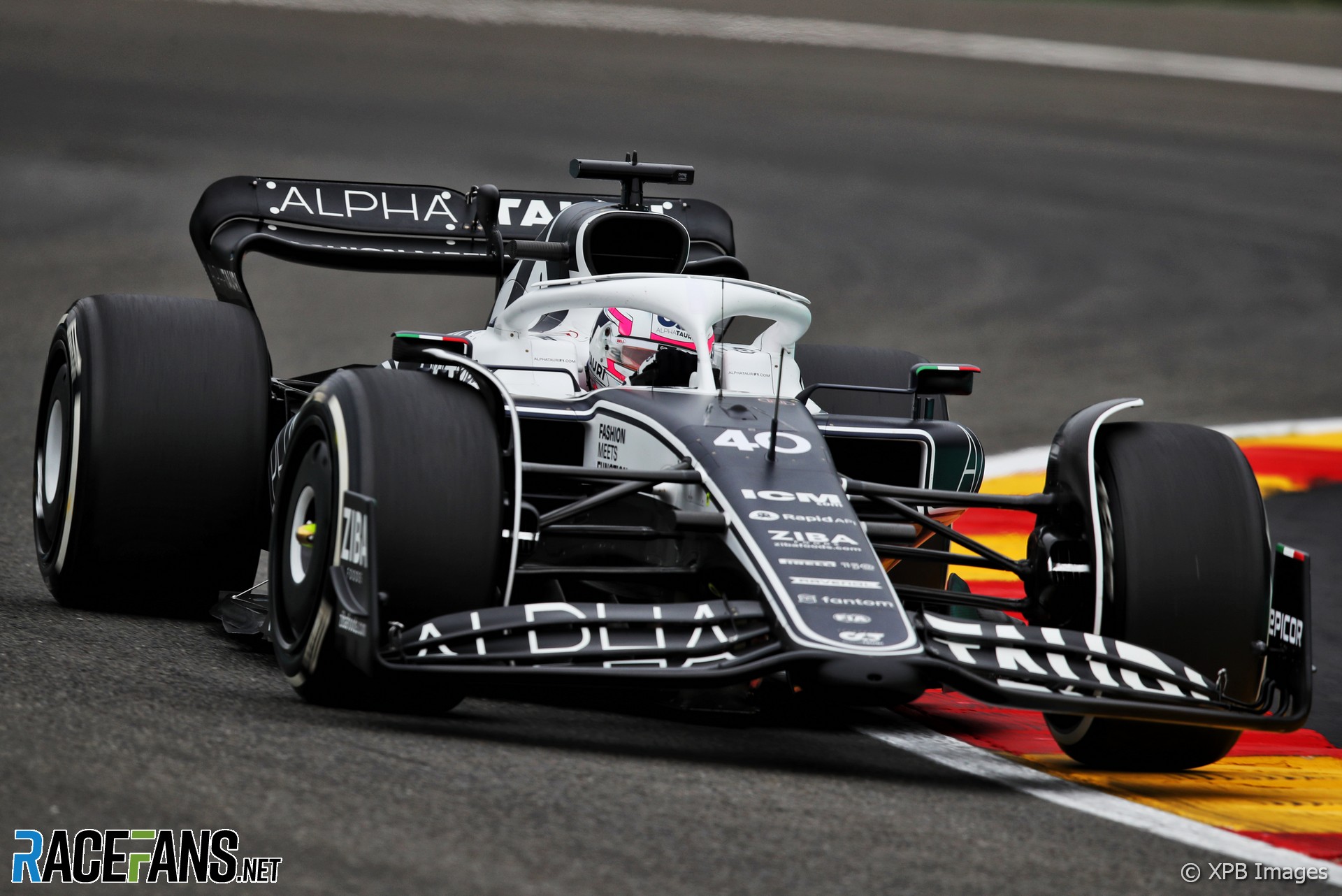 Over the last two decades, Formula 1 has gradually decreased the level of testing that its teams are allowed to carry out over the course of a world championship season.

Twenty years ago, the 2002 season saw 71 individual testing events take place over the course of the calendar year – some one-day events for single teams at venues like Paul Ricard and Ferrari’s own test track at Fiorano, with others being multi-day tests with multiple teams. Now in 2022, just two three-day tests were scheduled – both taking place in the pre-season.

While teams are free to run so-called ‘previous cars’ under the regulations – meaning cars not entered in this year’s championship – the opportunity for teams to run their current cars is almost exclusively limited to the 22 grands prix weekends on the calendar.

However, this year’s F1 sporting regulations do feature a new addition. Article 32.4 c) compels teams to run “a driver who has not participated in more than two championship races in their career” at least twice during the season – one for each car in a team.

Already this year, the likes of Nyck de Vries, Liam Lawson and Juri Vips have already been given a run out in opening practice sessions. Next weekend, Alfa Romeo will run Formula 2 racer and Sauber junior driver Theo Pourchaire in the opening practice session of the US Grand Prix, while IndyCar drivers Alex Palou and Patricio O’Ward will fulfil McLaren’s two slots over the final races of the season. But is just a single one hour practice session during a grand prix weekend enough for inexperienced drivers coming through?

Earlier this week, retired former F1 driver Pedro de la Rosa joined the Aston Martin team as an ambassador. As well as 104 grand prix starts, De la Rosa is also one of the most prolific test and reserve drivers in the history of Formula 1, having covered over 100,000 kilometres as a test driver alone for the likes of Jordan, Jaguar, McLaren and Ferrari.

Asked by RaceFans about the new Friday practice rule for 2022, De la Rosa said it was “so difficult” for inexperienced drivers looking to get seat time in modern F1 cars.

“I think that we all have to agree that it is very difficult for the young generation, the young drivers, just stepping up into Formula 1,” said De la Rosa.

“The only way really is to be thrown into an FP1 session, just to build up the speed and make sure they, first, don’t crash and make a good impression on the teams. All-in-all, it’s extremely challenging for the new generation, because they will fight against experienced drivers such as Fernando Alonso or Lewis Hamilton and they will have to deliver immediately. There’s no room for the mediocre.”

Has the introduction of this new rule been a worthwhile one, or would teams – and inexperienced drivers – be better off with a different arrangement?

With testing being so expensive, it’s unlikely we’ll see in-season tests returning to the regulations any time soon – especially as the calendar continues to grow. So without in-season testing, giving inexperienced drivers runs in first practice sessions is better than no runs at all.

Many teams value the opportunity to give rookie drivers a run in genuine grand prix conditions where their lap times and performance can be measured against current race drivers and provide like-for-like comparisons. It’s also great experience for drivers to gain track time in a representative session, sharing the circuit with the existing grid.

Even though, as Pedro de la Rosa points out, modern rookie and reserve drivers benefit greatly from simulator work that did not exist back in his day, there is no replacement for actual track time in a current-spec Formula 1 car.

The new rule may mean every team must run inexperienced drivers during the season, but how much can a single hour of practice truly benefit a rookie driver – especially if that session takes place in the wet or is disrupted by red flags? With only six days of testing this season, a lot is asked of inexperienced drivers stepping into race seats with minimal cockpit time.

There are also loopholes with the rule. As a rookie, Zhou Guanyu’s first practice session in Bahrain technically fulfilled his own requirement for the season, meaning Alfa Romeo only have to offer Pourchaire a single outing for the rest of the season. Rookie drivers deserve more track time before being asked to race in F1.

It’s unrealistic to expect that Formula 1 will decide to offer more testing opportunities in the age of the budget cap. Without that, having young and inexperienced drivers being given the chance to take part in practice sessions is a cost-effective compromise.

Making the free practice runs compulsory rather than discretionary ensures that the top teams do not have to worry about compromising their race drivers’ track time when they may be racing for wins and even a championship. Teams have freedom to choose which of the rounds they will replace their drivers with a free practice driver, meaning there can be no complaints about it inconveniencing them through the season.

With every team now having their own young driver academy programme – or affiliated with one – this rule is a good way for teams to put multiple drivers to the test to help them judge who they think they may want to promote into a race seat in the future. Adjusting or removing the rule could only end up reducing the opportunities for younger drivers to test themselves in current F1 cars in an era where there are such heavy restrictions on how teams can run their current car or even their car from a season before.

Do you agree that the Friday practice rookie driver rule change for this season has been a positive one?

22 comments on “Has the new Friday practice rookie driver rule been worthwhile?”