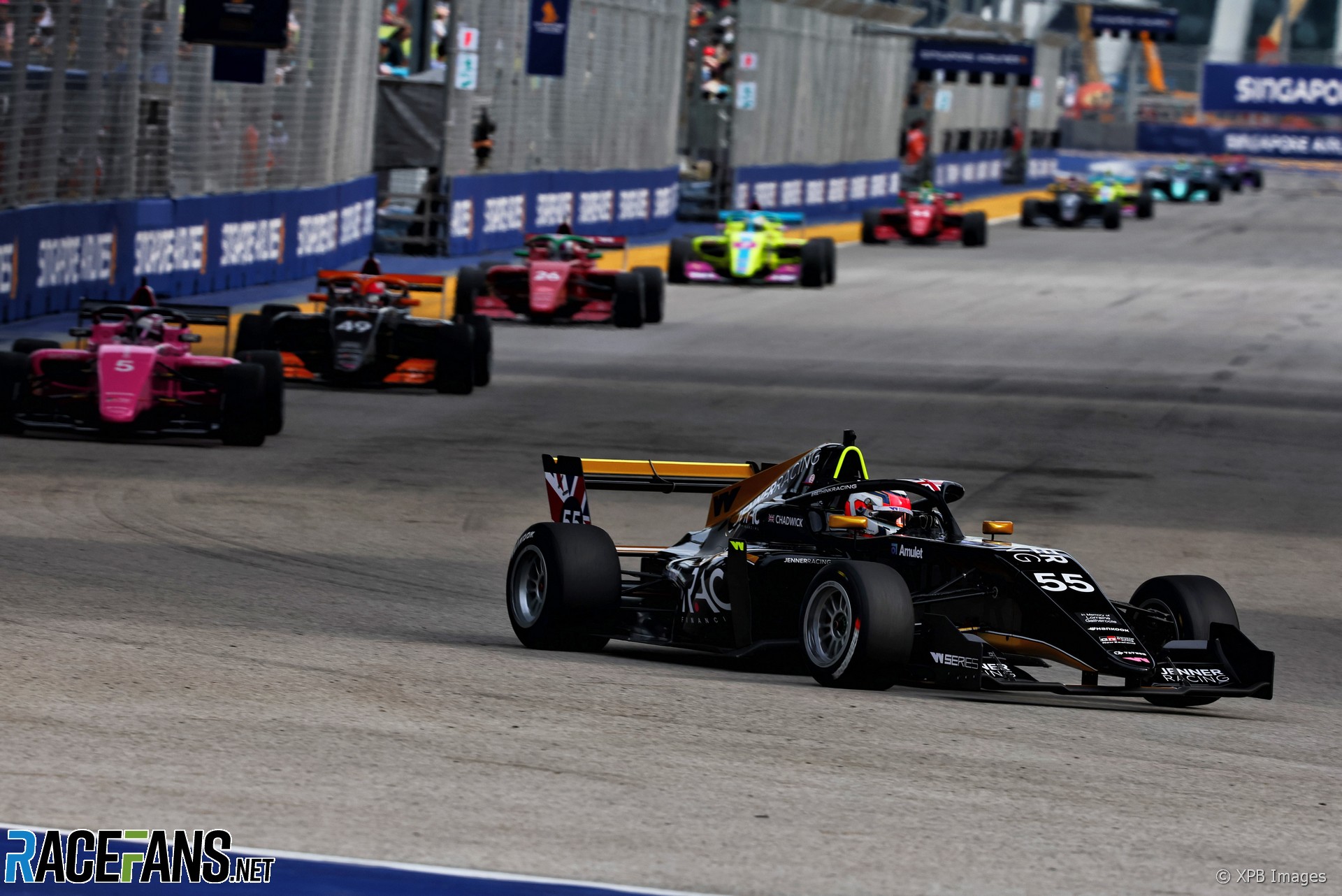 W Series has confirmed it will not hold the final three races of its 2022 season and confirmed points leader Jamie Chadwick as champion.

The series’ CEO Catherine Bond Muir said next week’s race in Austin and the planned double-header season finale in Mexico City, both supporting Formula 1 events, will not take place due to financial concerns. However she remains “extremely confident” that W Series will return for a fourth season in 2023.

Chadwick, who comfortably led the W Series drivers’ standings following its last race weekend in Singapore, has secured her third successive championship, remaining the only driver to have been crowned champion in three seasons of the all-women single seater series.

“Under our regulations, to have a completed championship, we need six races,” Bond Muir explained. “We’ve had seven races. So, yes, Jamie is now the de facto champion.”

W Series’ financial concerns came to light prior to the most recent round in Singapore. Bond Muir had been hopeful of receiving financial support from backers that would allow the championship to conclude as planned in North America. She said talks are ongoing with potential backers, but they had to make the call last week to cancel the final rounds as the deadline for transporting equipment to North America loomed.

“I’ve said that we were speaking to a number of people and we have continued those discussions,” she said.

“We’ve had offers from a number of people, but the problem is getting money in doesn’t happen at the shake of a ‘money tree’. People have got to go through due diligence.

“So we believed up until this weekend there was a possibility for us to get to Austin and we’ve just had to call it because obviously there are deadlines on payments to things that need to be done. So we could have kept it on for a couple of weeks, but we just had to make a pragmatic today.”

Bond Muir says she is sure that the championship will continue to run into a fourth season in 2023 and wants to return to race in North America.

Bond Muir informed the W Series drivers about the cancellation of the final rounds in an online meeting held this afternoon. “It was incredibly similar to the conversation that I had with them about cancelling 2020 because of Covid,” she said.

“They are drivers. In their blood, all they want to do is race and they were incredibly upset. At the same time as them being upset, they were understanding.

“But really the feeling that came out of it was ‘this is rubbish but, Catherine, this is what we’ve dealt with for 20 years. We’ve had promises of money, we’ve had contractual commitments for money and they haven’t come through’.

“As far as we’re concerned at the moment, we want to keep the DNA of W Series going and it is our intention to still be providing all of the expenses for the drivers.”

However Bond Muir admitted she could not be “100 percent” sure the series will be able to award Chadwick and her fellow drivers their prize money for their championship standings.

“Where I sit at the moment, it is my expectation that will be paid out,” she said. “I can’t say 100% until the money, plus everything else in the working capital for the business going forward [is arranged]. But where I stand at the moment, I don’t see any reason why that won’t be the case.”

“Obviously I am just tagging along on F1’s coattails about strange and unexpected finishes to championships,” she joked.