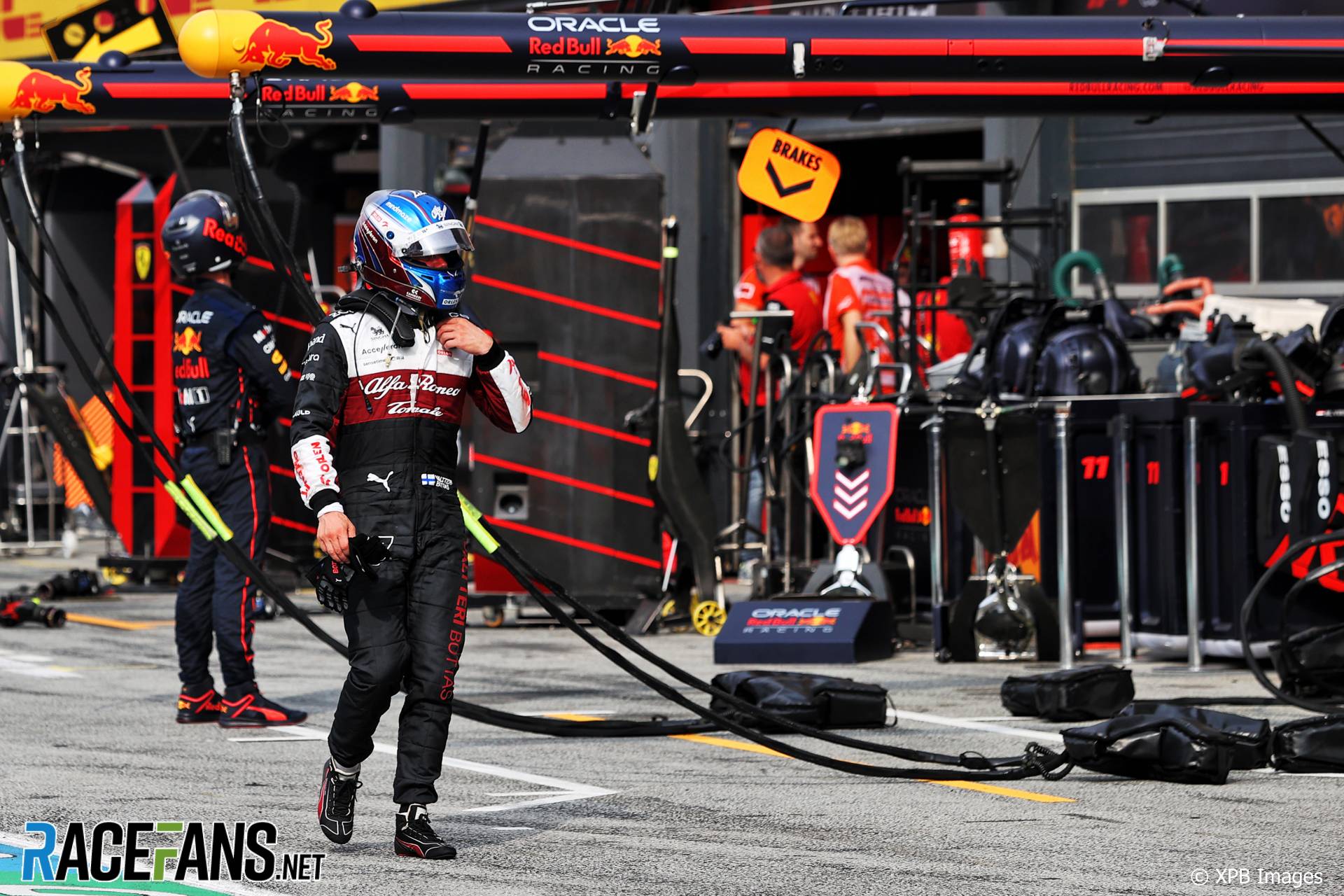 The team began the season strongly with sixth place for Valtteri Bottas and 10th for Zhou Guanyu in the Bahrain Grand Prix. That left them fourth in the constructors’ championship and they were still in the top five after seven rounds.

However with only two appearances in the points positions in the 10 grands prix since then, Alfa Romeo are now a distant sixth in the standings with three other teams seeking to overtake them. RaceFans spoke exclusively to Pujolar after last weekend’s Singapore Grand Prix, where the team again failed to add to its score.

“It’s true it’s not good,” Pujolar said. “But we’ve still got some margin [in the standings].”

Alfa Romeo have scored 52 points to date but Aston Martin’s best haul of the year so far in Singapore leaves them just 15 points behind. Haas and AlphaTauri are only three points further back.

“We just need to make sure that we score some points in Suzuka, and need to keep pushing,” said Pujolar. “I think it’s more tough for Haas and AlphaTauri. But for sure we cannot back off.”

The team expects to make some development gains before the end of the season, said Pujolar. “We will have some upgrades in the next events.

“We just need to make sure that we qualify stronger than what we did here, and still [make sure the] start, lap one improves, and we should be then fighting with the guys in the top 10 as well, as several times this year.

“What we expect is we want to be fighting for the Q3 on Saturday, and from there we want to fight for the points with both cars. That’s what I want, the expectation.”

The Singapore Grand Prix weekend was tough for the team, with Zhou and Bottas qualifying 15th and 16th. Zhou then made a bad start and dropped to 18th, before a clash with Williams’ Nicholas Latifi put him out of the race. Latifi was held responsible for the collision and given a five-place penalty for this weekend.

Pujolar sympathised with his driver, calling it a “stupid incident” to have so early in the race. “It was very frustrating for Zhou especially in a race where a lot of things can happen. We were hoping to make some progress, but then that didn’t help.

“I think during the race, actually, in terms of pace and everything, it was okay. We just lacked a bit at the beginning with the intermediate tyre.

“At the beginning of the race, in the first few laps, we struggled a bit more than the competitors. We lost a bit of ground already in qualifying – we did not qualify where we wanted, and then lost further positions in lap one. That then compromised a bit what we could achieve.”

However the team’s pace improved during the race. Halfway through the opening stint Valtteri Bottas told the team he felt the car was starting to perform better on its tyres compared to their rivals. Pujolar said they were “coming stronger than the competitors” at that point.

“When they started to struggle with the used inters, then it was better for us. And then [we were] waiting for the drys. Unfortunately, we hoped something else was happening ahead [to help us gain places], and it did not happen more than what we wanted.

“But still, then we tried with soft tyres instead of medium, trying to see if safety cars [would appear], if we could get some further advantage on the warm-up, on the grip. But nothing was enough to make a real difference really with all the trains of cars. So then it was difficult for us to just reach the points.”