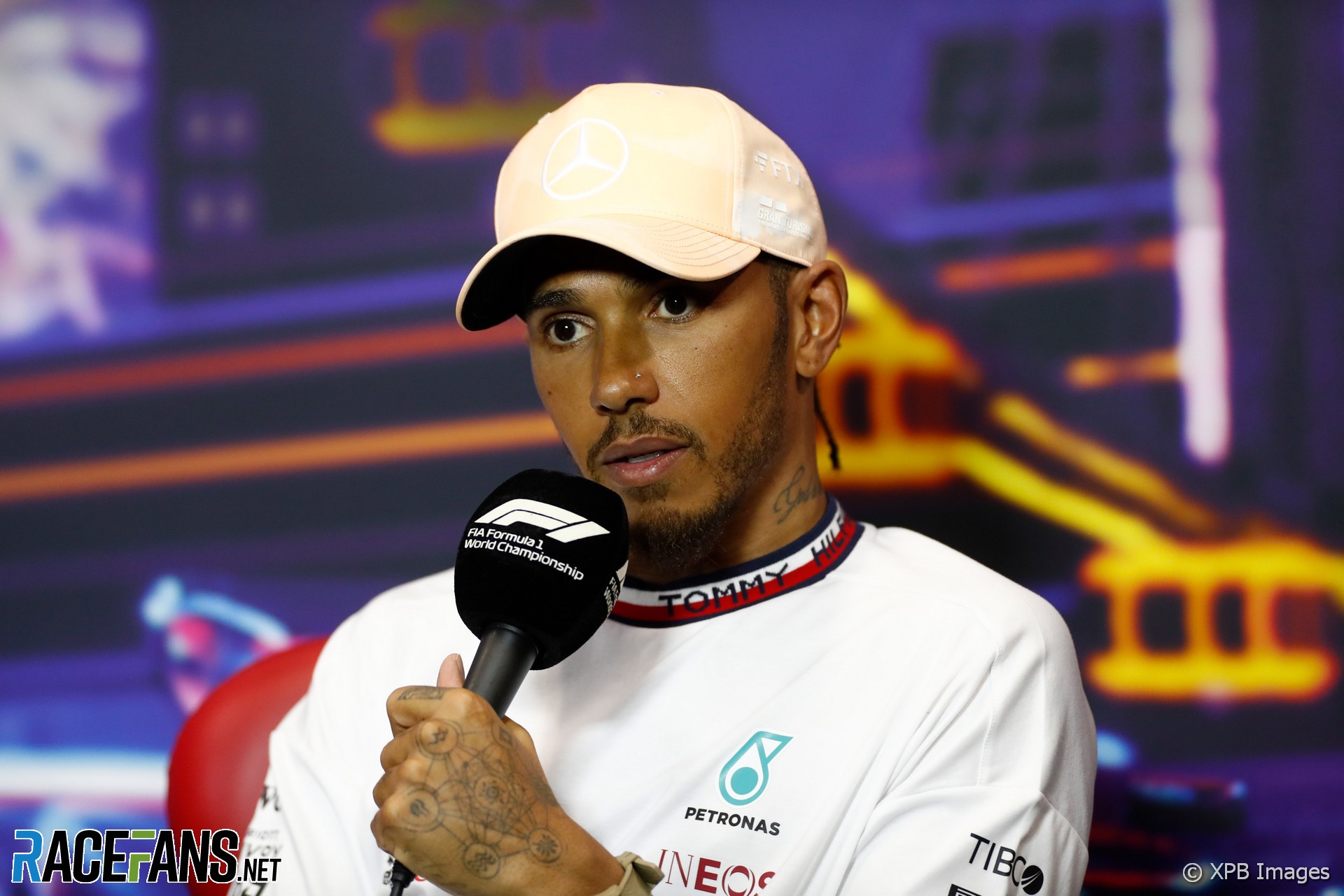 Lewis Hamilton has given his backing to the FIA as it prepares to reveal its assessment of Formula 1 teams’ finances for the first time.

The governing body of motorsport is due to issue certificates of compliance to the 10 teams which participated in the 2021 F1 season to confirm they complied with its $145 million cap on spending – with certain exceptions. Its ruling is expected tomorrow.

Over the Singapore Grand Prix weekend speculation mounted that two teams may be found not to have complied with the rules. Multiple reports before the weekend began claimed Red Bull, whose driver Max Verstappen beat Hamilton to last year’s world championship by eight points, is one of those teams.

While FIA F1 Financial Regulations allow for points to be confiscated in the event of a breach, among other penalties, Hamilton said he is “not really giving much attention” to the recent developments. “It’s all whispers at the moment,” said the seven-times world champion.

He stressed he trusts the FIA, under president Mohammed Ben Sulayem, will make the correct decision if any team has violated F1’s financial rules.

“I’m proud of my team for the diligence that they’ve done to run to the rules,” said Hamilton. “And I honestly have full confidence in Mohammed in the way that he’s conducted himself to this point and in terms of being strict and being clear with the rules.”

However he pointed out a violation of the budget cap could hand a team a performance advantage. “The rules are rules and for those sort of things, which can lead to real alterations in terms of car performance, those sorts of things, we definitely have to take it seriously,” he said. “But as I said, I don’t know if it’s true or not so we’ll see.”

Mercedes team principal Toto Wolff was drawn into a war of words with his opposite number at Red Bull, Christian Horner, over the reports.

Horner questioned how a rival team could have learned details of their submissions to the FIA. “How on earth do they have this information, where do they have this knowledge?” he said. “The FIA have even stated they haven’t even completed their process.”

The Red Bull team principal accused rivals of spreading rumours as “an underhand tactic that’s been employed to detract from perhaps a lack of performance this year.”

However Wolff pointed out the process leading to tomorrow’s expected announcement has been in motion for months. Teams were required to submit data on last year’s expenditure in March.

“This is not just a moment in time where suddenly you discover a breach or not,” he said. “The audits have been going on for a long time, every team has collaborated with the FIA. They’ve been discussing forward and backwards about how the interpretations go. So it’s over many months, but you come to certain conclusions.”

“I have no reason to doubt that the FIA will not 100% act following their own governance and their own regulations, because they know how important that is going forward,” he added. “We are all aware that regulations, whether it’s technical or sporting and now financial regulations have to be regulated, policed in the right way and we just need to adhere.

“So there’s 100% confidence in the process and the FIA and that’s why everything else is just noise.”