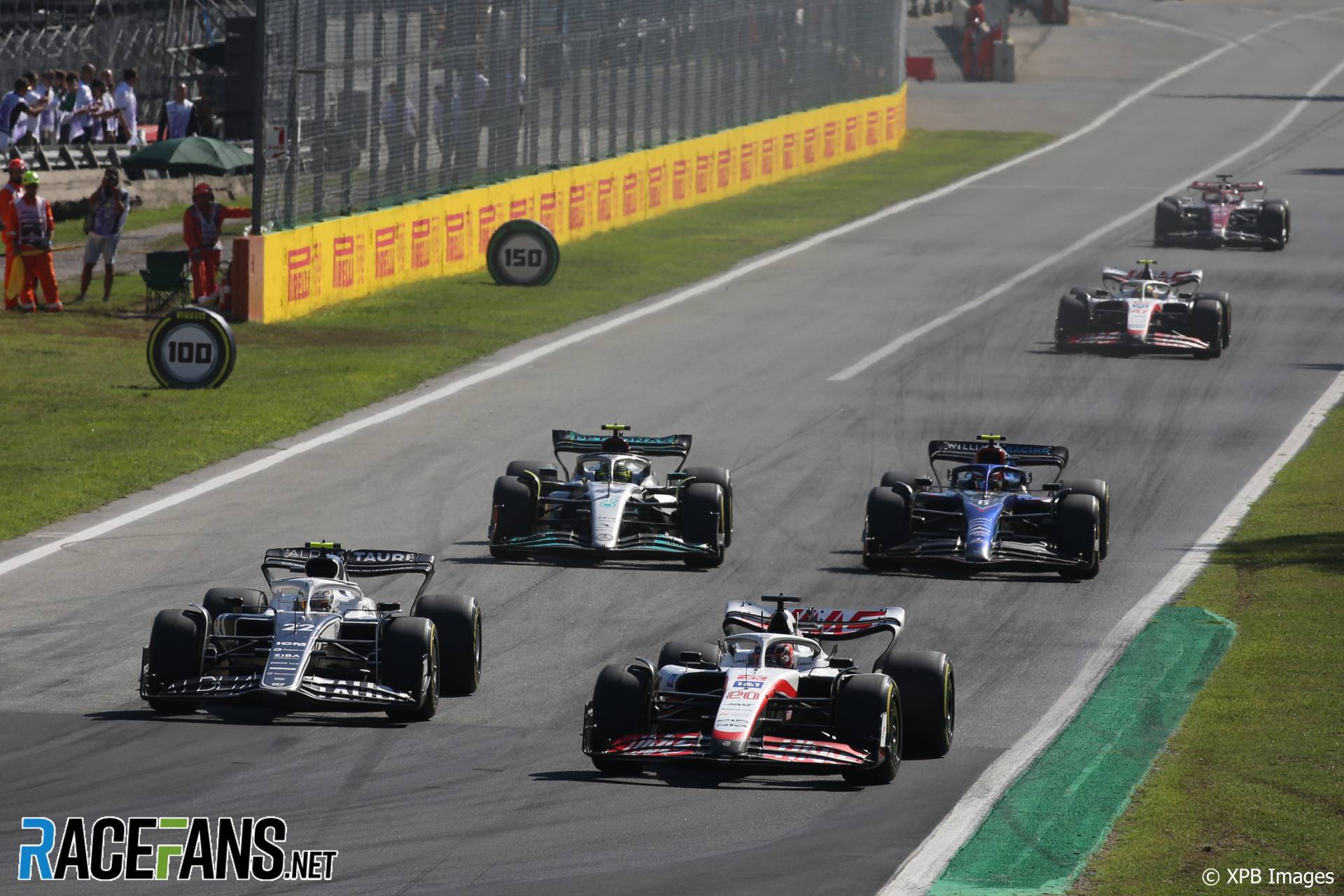 The major technical regulations overhaul introduced to Formula 1 for the 2022 season was arguably the biggest the sport has ever seen in a single season.

Above all else, the purpose of the radical regulations changes was to transform the level of wheel-to-wheel racing for fans to enjoy during races by drastically reducing the impact of ‘dirty air’ due to how aerodynamically sensitive previous cars were.

For many years, Formula 1 drivers struggled to get close enough to their rivals to attempt overtakes due to how much downforce they lost close behind other cars. Back in 2011, F1 and the FIA introduced the new Drag Reduction System, designed to try and increase overtaking opportunities by allowing drivers to open up a flap in their rear wings and gain additional speed over the cars ahead – but only in specific zones on the circuit when within a second of the car ahead.

Over the 12 seasons in which DRS has been a part of Formula 1, it has had no shortage of critics. Many consider the system inherently unfair, giving a chasing driver an arbitrary advantage over their rival ahead that they cannot use in defence. With the additional speed afforded by DRS, many overtaking moves made with the device are considered too easy, akin to a car passing another on a motorway, robbing the element of skill from pulling off a successful pass.

With the introduction of F1’s second ground effect era, many DRS critics hopes that the new cars would render the overtaking aid obsolete, an unneeded gimmick as drivers would have more opportunities to pass on track without assistance. Before the start of the season, F1 teams had discussed the option of getting rid of DRS should the new cars prove successful. But there are no signs from the FIA, from Formula 1 or the ten teams that there are plans to phase out the controversial system.

But is it time for the sport to consider disposing of DRS?

An essential part of F1’s appeal is that its 20 grand prix drivers, in theory, possess the most elite driving skills of any single-seater drivers on the planet. Not just in their ability to drive the quickest racing cars in the world at speeds no others could match, but in their race craft and ability to race side-by-side with their opponents for every position.

Of all the most iconic overtaking moves in F1 history, hardly any involved a DRS zone, be it Nigel Mansell sweeping past Gerhard Berger at Peraltada in Mexico, Fernando Alonso forcing Michael Schumacher to back out at over 320kph at the 130R at Suzuka, or Mark Webber giving Alonso that same treatment entering Eau Rouge years later. With all drivers agreeing that the 2022 regulations do allow them to follow other cars more closely, there’s not been a better time since DRS was introduced to try and see what racing would be like without the system.

There’s also the rise of so called ‘DRS trains’, which have drawn many complaints this season – packs of cars all within a second of the car ahead where each driver with DRS is behind a rival who also has DRS against the car ahead until the car at the head of the train. This leads to cars falling into packs, spreading out the order and helping to increase gaps through the field. F1 could be better off without this trains dictating the race.

With less than one full season complete with the new regulations, it’s still too early to be calling for the complete abolition of DRS. With so many varied tracks still remaining over the final six rounds, it’s only fair to wait until the end of the year to look back with a season’s worth of data to judge whether DRS enhances or takes away from racing.

There’s also an argument to make that drivers are not over-reliant on DRS and that the system only enhances the racing that already takes place during grands prix. In Max Verstappen’s three wins from the middle of the pack in Budapest, Spa and Monza, the world champion made a total of 26 on-track overtakes on his way to victory. Of those, ten were made while DRS was active, while 15 of them were made without DRS with one pass coming when team mate Sergio Perez let him by.

Activating DRS is also in no way a guaranteed overtake as seen many times in 2022. Consider the countless laps over which Alexander Albon led a train of drivers in Spa to take the final point in tenth, with the likes of Daniel Ricciardo and Lance Stroll unable to find a way past despite many laps spent within DRS range of the Williams. Given that the most talented drivers rarely make mistakes, it is inevitable that, sometimes, drivers will simply be unable to get passed each other – and that is true with or without DRS.

Some lifelong Formula 1 fans may scoff at the suggestion, but the last few years of Formula 1 have possibly seen some of the best racing that the sport may have ever seen.

The frequency of overtaking moves has increased so far in 2022. While the quality of passes is important, it is also true that DRS has played a role in growing that figure. You could argue that some of Verstappen’s passes during his recent climbs up the order has been rendered less impressive due to him able to use flip his rear wing and gain a boost in speed over some of his rivals, but the sheer speed he and has Red Bull have shown in recent rounds suggests that Verstappen was always likely to get by with or without DRS.

DRS trains are also peculiar phenomenon, as they are also just as possible without the special rear wing being used. Anyone who watched the sport in the mid-2000s will recall the dreaded ‘Trulli trains’ that regularly formed on Sundays, which themselves helped to inspire the creation of the system in the first place. If cars get stuck in small packs unable to pass one another as they all have DRS, then logically there’s no reason to think any of them would have any more chance to pass if none of them had access to it.

There’s also the fact that almost all of the on-track battles and memorable overtakes between Verstappen and Charles Leclerc this season – in Bahrain, Jeddah, Miami, the Red Bull Ring and Paul Ricard – all featured passes for the lead or attempted overtakes involving the use of DRS. And yet, all of those moments still rightly rank among the most thrilling of the year.

It’s also wrong to suggest DRS makes overtaking too easy. Just look at the difficulties Carlos Sainz Jnr had to pass Verstappen for the victory in Montreal despite 13 consecutive laps within DRS range of the Red Bull at the end of the race. Albon and Nyck de Vries also held off rivals for far more laps than Verstappen was made to – DRS not rendering their precious points positions indefensible by any means.

Historically, the first year of any new regulations overhaul is its least competitive. That’s been true so far in 2022 with only two teams taking race wins in this new era. While it would certainly be a welcome sight to see F1 ditch DRS due to it being no longer needed, it still feels too early to discard the device completely.

Right now, it feels wise to let these new regulations continue to provide closer racing and allow teams to naturally converge together in performance over time before the sport considers scrapping DRS. Rather than be hasty, allow Ross Brawn’s brave new vision for Formula 1 to evolve organically before making drastic changes to what has been a successful set of regulations so far.

Should F1 do away with DRS now or does it need to be more patient? Cast your vote below and have your say in the comments.

Do you agree that F1 should stop using the Drag Reduction System in races?

84 comments on “Has closer racing in 2022 shown Formula 1 can live without DRS now?”