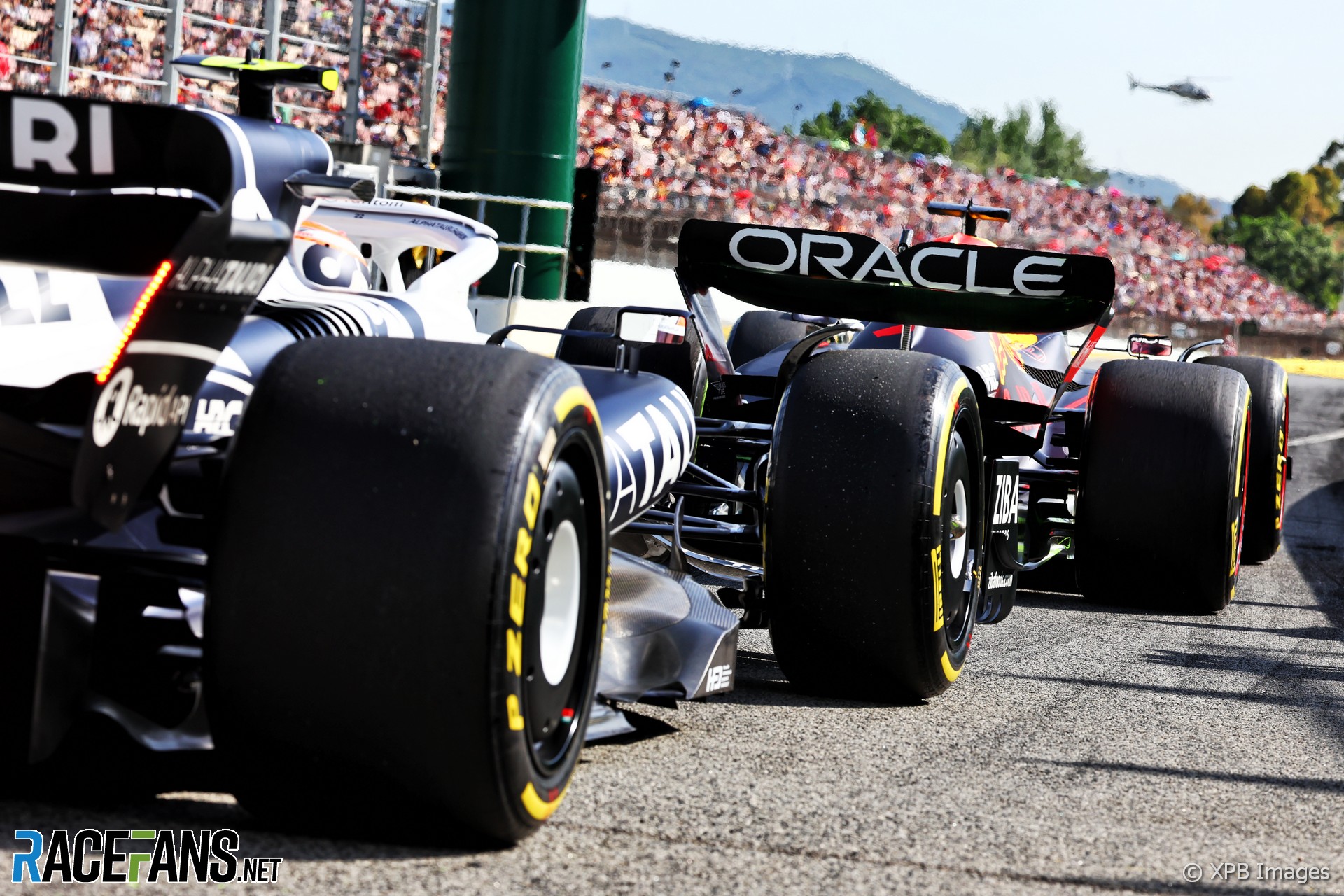 Red Bull say their new Formula 1 power unit facility will eventually be able to supply engines for up to four different teams.

The team began work on the new Red Bull Powertrains division last year. It has already run its first prototype of a V6 engine for F1’s new formula which will be introduced in 2026.

Team principal Christian Horner says the huge cost to Red Bull of building their own engine will be increasingly offest by the savings that can be made in their F1 team following the introduction of the budget cap last year.

“Obviously we have the burden of costs of existing power units plus development at the moment,” he acknowledged. “But by the time we get to 2026, the budget cap will have fully kicked in and the costs become far more bearable than they were two or three years ago. So the cost cap again was fundamental to becoming a new entrant.”

The initial plan is for Red Bull to supply engines to its own team plus junior squad AlphaTauri. But there will be the potential to take on more customers, said Horner.

“The way we’re structured we have the capability within the facility of producing engines up to four teams,” he said. “But that certainly won’t be the initial goal. The initial plan is obviously to supply the two Red Bull-owned teams.”

Mercedes currently supply engines to four teams, the factory Mercedes team plus three customers, but indicated earlier this year of having plans to scale back. That will leave McLaren, Williams or Aston Martin looking for a new supplier.

Ferrari already provide engines to their own team plus Alfa Romeo and Haas, while Alpine is the sole user of Renault’s engines.

Red Bull currently use power units developed by Honda, which officially withdrew at the end of last season, but is continuing to provide support until the end of 2025 through Honda Racing Corporation. While Red Bull’s discussions with Porsche over a potential tie-up came to nothing, rumours now suggest Honda is considering a swift return to F1. Although Horner said Red Bull’s plans are set regardless of others’ plans, he is open to a potential reunion with Honda.

“Our train has left the station for ’26,” he said. “We have an engine and prototype running. We have all of the dyno’s commissioned, we’re up and running.

“Honda [are] a great company. They announced their withdrawal from F1 to focus their attention on the electrification of their products, moving away from the combustion engine. So you would assume if they were to look at returning to F1, that would have to be taken into account.

“So whether or not there was some interest, potentially on the battery side, and any potential synergies, there could be an interesting discussion. But the combustion and mechanical side of the engine, we’re on a road map to 2026 that we’re very happy with.”

Horner acknowledged it is an ambitious move for Red Bull to be designing their own engine. But he believes it will put them in a position to rival Ferrari as the only constructor which builds a complete F1 car on the same site. Rival Mercedes’ operation is divided between its Brackley chassis factory and Brixworth engine facility.

“As soon as we made the decision there was full commitment,” he said. “It’s no small undertaking, some people are saying we’re completely mad to take on the likes of Ferrari and Mercedes and Renault and potentially even Honda starting from scratch. But that is exactly the Red Bull way, to achieve the impossible. That was said about designing and building a chassis.

“With the quality of people that we’ve managed to recruit, based in the UK, there hasn’t been an investment in the UK like this in an engine facility probably in the last 40 years. So that has enabled us to attract some phenomenal talent that we’re still actively recruiting, and announcing some more new members to the team in the near future.

“But it’s tremendously exciting. I think everybody in the whole business is excited about the opportunity it presents, providing jobs in the UK at a time when budget caps on the chassis side are contracting teams. I think it gives us a unique position other than Ferrari to have everything under one roof with the synergies that creates.”

Red Bull may also produce their own engine for the recently announced RB17 hypercar, Horner added.

“It allows us to look at other projects, for example the RB17, whether we produce our own power unit for that,” he said. “So it strategically is a logical investment, after Honda’s announcement to withdraw, to take our future into our own hands rather than being reliant on being a customer.”