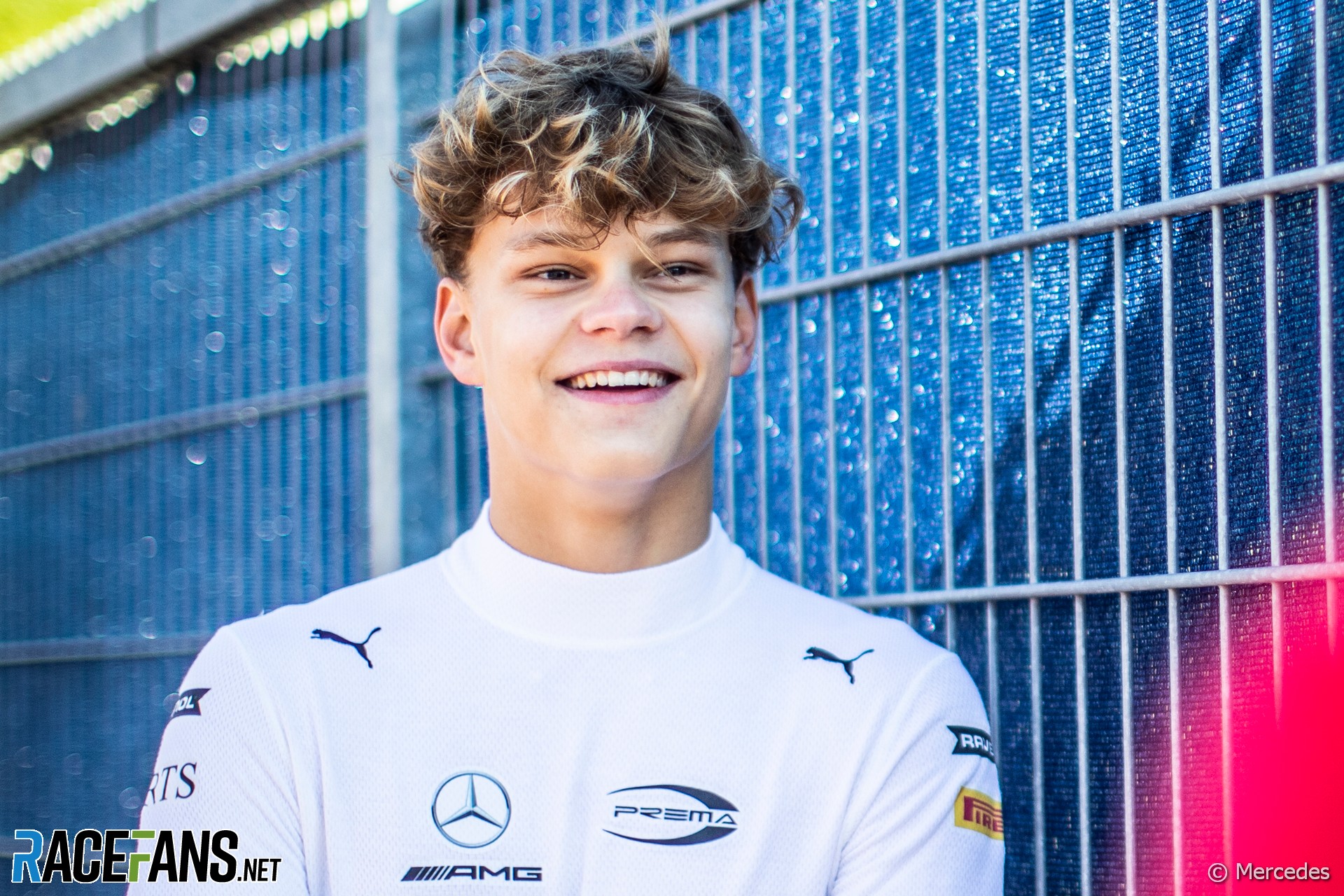 Junior drivers from four Formula 1 teams are among those who will take part in Formula 3’s post-season test at Jerez, which starts tomorrow.

O’Sullivan came 11th in his rookie F3 season this year with Carlin. Beganovic and Aron are team mates at Prema in Formula Regional Europe and are first and third in the championship standings respectively.

Gregoire Saucy, who was 2021 FREC champion and made the podium in FIA F3 this year, and 2020 BRDC British F3 champion Kaylen Frederick will also be driving for Art.

Euroformula leader Oliver Goethe – whose father and brother are both sportscar racers – lines up with Trident after also getting a race opportunity with Campos earlier this year. Goethe may not do the full test as Euroformula’s Monza round begins on Friday.

This year’s GB3 champion is supposed to receive a prize F3 test, but the unexpectedly early scheduling of its trip to Jerez means it falls before the end of the GB3 season and the title has not yet been decided. Points leader Luke Browning will not be at the test, but his sole title rival Joel Granfors is with Carlin. GB3 is yet to clarify how its prize test situation will be resolved.

Pirelli’s hard tyre will be the only compound available during the test. Each day is to be split into morning and afternoon sessions with eight sets of slick tyres and three sets of grooved wet-weather rubber allocated to each car.