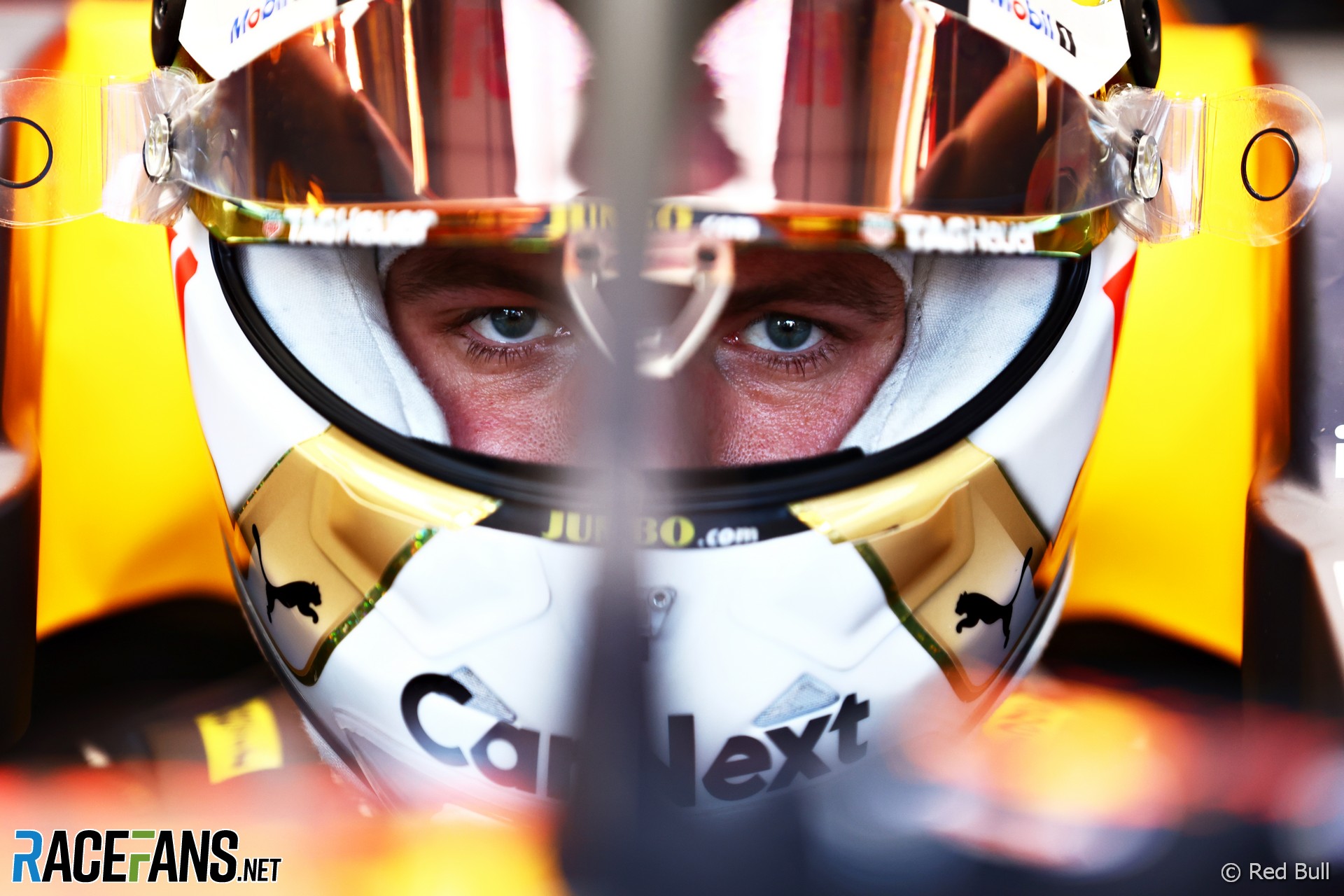 What began as a close battle between Max Verstappen and Charles Leclerc for this year’s world championship has turned into nothing less than a rout by the Red Bull driver.

Verstappen is now so far ahead he could clinch the championship at the next round in Singapore, with five races still to go. And while collecting his second title Verstappen also has a strong chance of surpassing a few notable F1 records.

It’s a far cry from the situation last year, when the title fight went down to the final race of the season. Instead of wondering who might take the title, as the last rounds of 2022 approach the question is just how crushing will Verstappen’s inevitable victory be?

*Did not win championship

In order to break the record for the most points ever scored by a driver in a single season, Verstappen needs to take slightly more than half of the available points over the final six rounds. That is certainly within his grasp: He’s scored 127 out of a possible 130 points over the last five races, missing only a few fastest lap bonus points.

The record for most points scored in a season is currently held by Lewis Hamilton. He racked up 413 points over a 21-race season in 2019, which is one round fewer than this year. Verstappen also has the advantage of three sprint races to score more points at and he’s already claimed the maximum points for the two held so far, with one more to follow in Brazil.

But the 2023 F1 calendar looks likely to contain 24 races and the series is looking to add three more sprint events, meaning even more points will be on offer next year. Verstappen might not be able to crack the 500 barrier this season – a perfect run over the final half-dozen rounds would see him finish on 499 – but that target is surely not far off.

Over the first six decades the value of a win rose from eight points to nine and finally 10. Then in 2010 it shot up to 25, meaning far bigger points hauls and winning margins became possible.

Sebastian Vettel achieved the most emphatic title win in terms of raw points in 2013, a season which had much in common with this one. It got off to a competitive start: Vettel was one of four drivers to win in the first six races. But after the summer break Red Bull dominated and Vettel was never beaten.

During that time Vettel extended his lead from 28 points to 155 over eventual runner-up finisher Fernando Alonso. Now Verstappen, 116 points to the good over Charles Leclerc, has a serious chance of improving on that. Not just because of the rate with which Verstappen has picked up wins, but Leclerc has only taken two podium finishes from his last five starts.

Most wins in a season

Michael Schumacher pushed the record for most wins in a single season as high as 13 back in 2004, back when the calendar was 18 races long. With 22 races taking place this year, Verstappen clearly has a good chance of beating that, but he can equal Schumacher’s feat of winning 13 out of 18 races if he takes victory in the next two.

Most fastest laps in a season

Verstappen could also take the record for most fastest laps in a single season, but it’s a tough ask. He has five already, the most of any driver this year, but needs to sweep the remaining six to beat the record.

With other drivers out to claim the bonus point that comes with it, this record looks likely to remain in the hands of Schumacher and Kimi Raikkonen, who managed 10 fastest laps each. Schumacher established the record in 2004 while Raikkonen matched it in 2005 and 2008 – unusually, neither of which was the year in which he won the world championship.

It took six decades for anyone to match Alberto Ascari’s achievement of winning nine races in a row. The Ferrari driver was undefeated in every race he entered from the 1952 Belgian Grand Prix until the same race a year later, having not entered the Indianapolis 500 which occured during the same period and counted for the world championship.

Finally in 2013 Vettel entered and won nine consecutive rounds, tying Ascari’s record. That triumph brought F1’s V8 engine era to a close. When the field reassembled at the beginning of the V6 hybrid turbo era, Vettel’s latest Red Bull was not the threat its predecessor had been, and he ended the season win-less.

Today Red Bull are back on top and Verstappen has a strong chance of matching and exceeding the records of Ascari and Vettel. For proof of that, look at where he’s taken his last five wins from. Just one was scored from pole position, the others have come from as far down the grid as seventh 10th and 14th. He’s already won from seven different starting positions this year – a record in itself.

Earliest win record out of reach

One significant record which is already out of Verstappen’s reach for this year is the earliest conclusion to a championship. Schumacher’s feat of locking down the crown before August remains the standard.

Two decades ago, Schumacher won the world championship on July 21st. This was the earliest conclusion to the title both by date and in terms of races remaining: There were still six rounds to go.

Which of these records do you think Verstappen has a realistic chance of beating? What does his dominance say about his and Red Bull’s performance this year? Have your say in the comments.