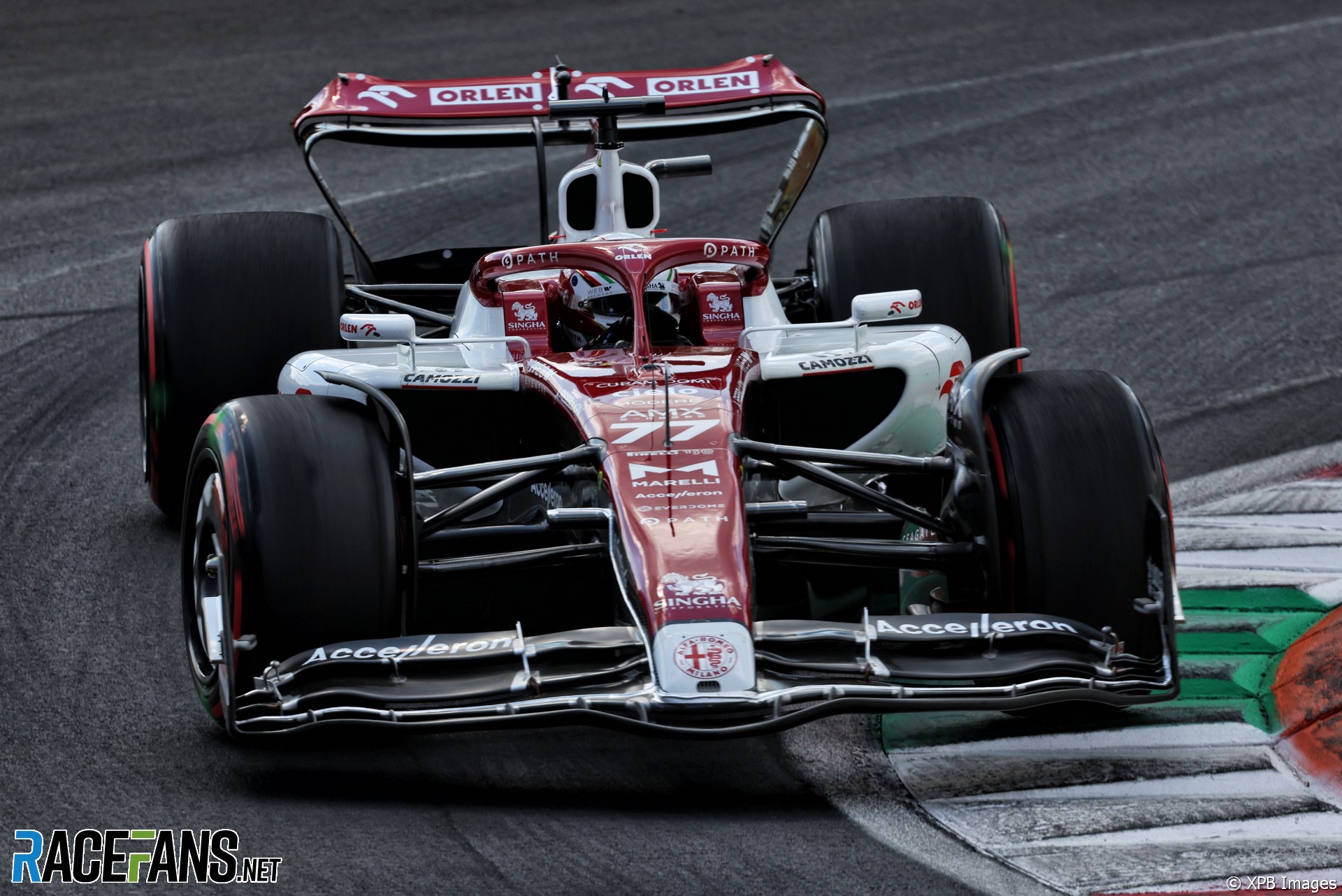 In the round-up: Valtteri Bottas says that development speed is “one of the weaknesses” of his Alfa Romeo team

Valtteri Bottas says that improving how quickly Alfa Romeo produce upgrades for their car is a “high priority” for the team.

Alfa Romeo currently sixth in the constructors’ championship on 52 points, but have only scored a single point in the last eight races after scoring 51 over the first nine. Bottas admits the team have been unable to maintain the development pace of some of their fellow midfield teams.

“I think the rivals – like for example, McLaren and Alpine – they have made more development than us and they’ve had more constant upgrades than us,” said Bottas. “We still have some things to come, I think it’s probably maybe Austin or Japan, some things, but I guess that’s going to be more or less it.

“I think we were one of the very few teams in the beginning of the year who were at the weight limits. I think many teams were overweight, but as they’ve come down now, so maybe that has made an effect as well. We know one of our weaknesses is the production speed, which is a high priority for the team for the future. We’re definitely aware of that.”

Formula 2 and FIA F3 CEO Bruno Michel says he does not believe either series will look at increasing their grid sizes beyond their current level.

Formula 2 currently has 22 cars on its grid, while the FIA Formula 3 championship races with 30 cars in each of its rounds. Asked if he would be open to adding more teams to the series should Andretti seek to set up junior teams, Michel said sees no need to expand the grids further.

“I don’t think it would be good for the championships to add new teams,” Michel said. “There are always changes of teams, teams that want to stop, and in that case we can find new shareholders for the teams. It happened many times in the past, with GP2 and F2 and it will continue.

“I think 30 cars in F3 and 22 cars in F2 is a very good figure. I’ve got many requests of teams that would like to join both F2 and F3, but I’m always saying the same thing. We need always to be sure that we have more drivers than seats, because if we have less drivers than the seats, then the teams are in trouble. I think having 30 cars in F3 is already a fantastic achievement and I don’t want to increase that at all. And 22 cars in F2, we had in the past 26 cars, then we went down to 20 cars and now I think 22 cars is a very good number and I’m not planning to adopt a new team.”

L'Equipe report that the last obstacles that would prevent Pierre Gasly from departing AlphaTauri to join Alpine have been cleared.

"W Series drivers Chloe Chambers and Nerea Marti completed a one-day FIA Formula 3 test today Saturday 17th September, at Circuit de Nevers Magny-Cours, France. As was yesterday’s session with Abbi Pulling and Hamda Al Qubaisi, the purpose of this test was for Chambers to get a first taste of the car, its set-ups, and the demands of F3’s environment. It was the second time that Marti was able to jump in the car, following a first experience last November, at the same track."

"It's impossible to predict how he would stack up against the current crop of F1 drivers, but it's hard to see him being noticeably off the pace. And by turning away an American driver, AlphaTauri and the sport as a whole may well miss out on lucrative commercial opportunities from US businesses that may want to invest in the driver flying the flag for the States."

Astrology with some F1 Champion influence: Amaury Cordeel on his F2 helmet (Formula 2)

"It’s the first time I’ve had the star sign on it for this year and some nice little things on it like my father's name at the heart of it because he does a lot for me in the sport. My logo, c'est la vie, it wasn't added a long way back, some more little things, I was thinking about star signs and sometimes I read about it, seeing how I reaction to things. I searched it and I liked the logo of it on the internet. I thought it was cool to put it on my own design."

"WRC is one of the rare drivers’ championships still left. Formula 1 is the best example this year, if you don’t have a good car, you can’t win. In WRC it’s different, if you’re a good driver and have a car that’s not as good as the others, you can still win."

"I shifted my goal and my dream to race in IndyCar came from quite a young age, in GB3. The main reason for coming over here is the ladder system, with the ‘Road to Indy’. Nobody else is offering what they offer, with the scholarship money. This year I won over $600,000, and that sort of money is invaluable to me now with the step up to Indy Lights for next year."

Family day at the factory. ❤️
Great to have the chance to spend a day with everyone working so hard to get us racing. pic.twitter.com/ZhbsSPo8Xn

Finished P4 against all the Dallaras.
My father told me yesterday that ideal position for our car is between 12th to 15th.
I suppose it was another great day for me.
I would appreciate all of my supporters.
Special Thanks to Dirk for great pictures. pic.twitter.com/lnH7xII0Fq

Unacceptable behavior!
We publicly apologize to the Tech3 Racing Team and Adriàn Fernàndez.
An unsolicited, dangerous action that cannot be justified in any way by our code of ethics!
Those responsible will be appropriately punished. https://t.co/Hia5Usr3U0

With so much discussion over Colton Herta’s eligibility to race in Formula 1, is he truly worthy of an opportunity? Yes, says ShadowDraig…

Having watched IndyCar for the first time this year I get why they want Herta and I probably wouldn’t have done had I not watched it. First thing to say is that Indycar is often called a spec series but it’s not really – it’s a sort of half spec series. It still matters what car you’re in and Herta’s team Andretti have not given him a car worthy of fighting for championships.

Secondly IndyCar is a lot more ‘random’ than F1. For example the Indy 500 (a race more to do with luck than anything else) was won by Ericsson which put him in with a serious chance of the title this year as it awards double points. Also there’s a lot of variation on whether a car suits a track – sometimes Herta’s Andretti team turned up with a car capable of winning and others it would be impressive to get 12th place. So consequently his position in the championship doesn’t tell the whole story.

What is obvious if you’ve watched the races is that he has talent – on occasions he was able to outclass the entire field (notably the Indy road course). He does however make a lot of mistakes – he looks like he’d be a Montoya/2016 Verstappen at first in F1 but I guarantee he’d be exciting. In time I think he’d develop into a very high level driver.

I think the FIA has tied themselves in a knot with this. Their super license system should not prevent somebody that’s competed at the top of Indycar for multiple years from competing in F1 but to change the rules specifically for Herta would have made a mockery of them – despite their own desire for an American driver.
ShadowDraig