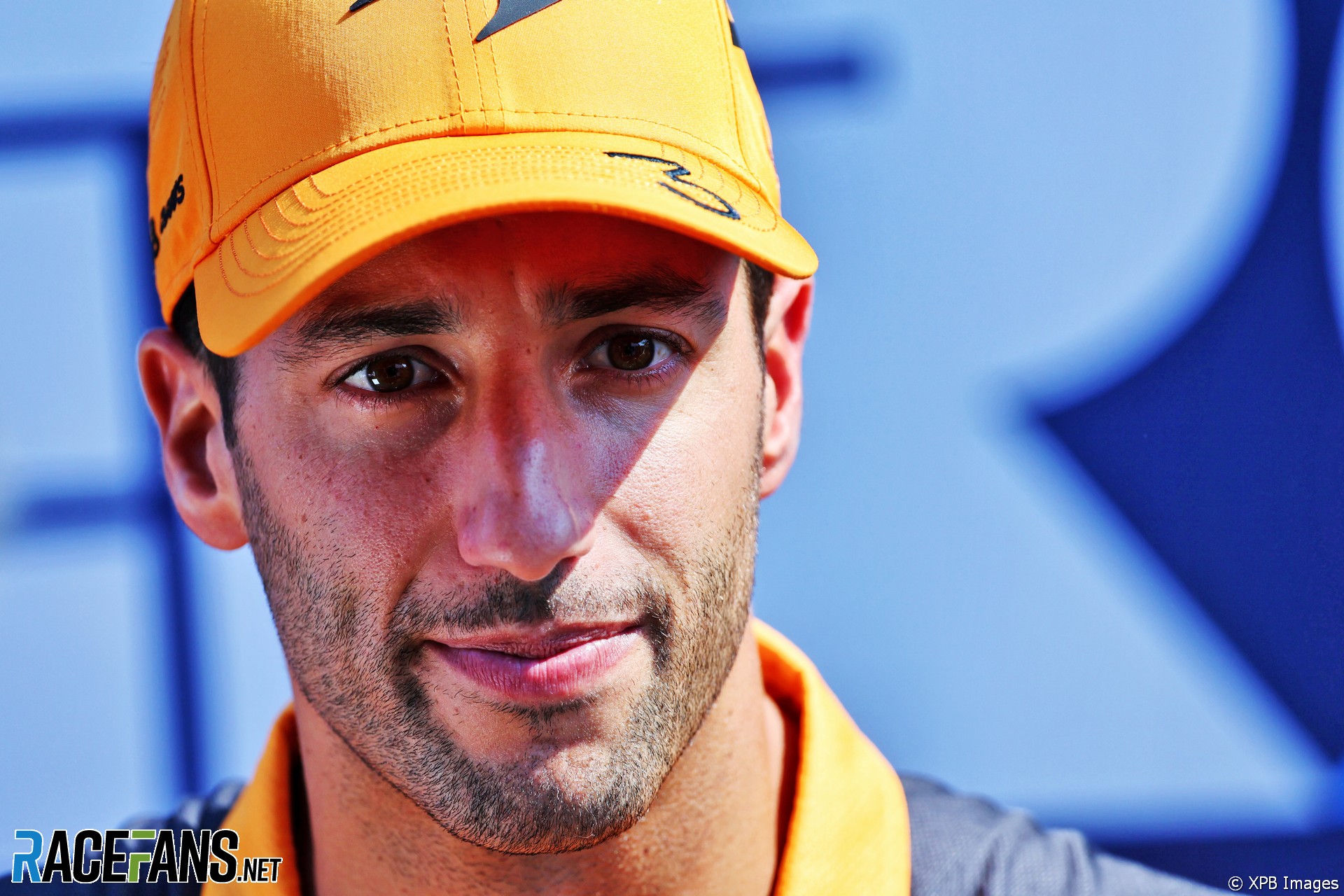 In the round-up: Daniel Ricciardo says he’s accepted the possibility he may not find a team to drive for in the 2023 Formula 1 season.

Ricciardo braced for year out

After agreeing with McLaren to cut his tenure at the team short by a year, Ricciardo says he’s prepared for next year to be the first time he’s been absent from the F1 grid since he made his debut for HRT in 2011.

“Obviously this year’s been challenging and if I am on the grid, I want to know that it’s a place that I can enjoy it and feel like I can thrive. An environment I feel I can thrive in. I don’t want to just jump into a car for the sake of it.”

“But give it 24, 48 hours and I’ll get over it and try to understand what’s best for next year. Not in an overconfident or cocky way, but it’s not meant to be, then I’m totally okay with that. I’m not going to be too proud. We haven’t certainly given up on it, but that’s kind of where my head’s at, at the moment.”

A survey on the official F1 FanVoice website indicates the series is considering yet more changes to its sprint race format, which was introduced last year to a mixed reception from fans. The poll invites respondents to indicate what they like most and least about the format.

It also seeks to gauge viewers’ attitudes towards potential changes to the format, including making them “‘stand alone’ races not related to defining positions on the starting grid” and “providing an opportunity for reserve [or] younger drivers to compete in F1 cars.” Reverse grids, touted again by F1 CEO Stefano Domenicali in a recent interview, are not mentioned.

McLaren Shadow’s Lucas Blakely won the opening race of the F1 Esports championship in his first apperance for the team. He resisted a last-lap charge by reigning champion Jarno Opmeer, who passed the other McLaren of Bari Borumand on the penultimate lap. Opmeer was incorrectly shown as the winner on the official timing screen after the race.

The series continues with a race at Imola today followed by Silverstone tomorrow.

Formula 1’s official tyre supplier Pirelli has confirmed its compound selection for the upcoming two races. It will bring its softest tyre selection for Singapore (C3, C4 and C5) and its hardest for Suzuka (C1, C2 and C3).

'Sergio is making his track debut in the team’s NIO 333 ER9 electric challenger at the Autodromo di Varano in Italy this week.'

'Lundgaard’s performance over the course of the season led the team to again invest in his future, restructuring a new, long-term contract announced August 16th. Terms weren’t revealed, but last week the team announced it has added more strength to its engineering group, hiring Stefano Sordo as technical director. Sordo has had considerable Formula One experience working with the Jaguar, Toro Rosso, Red Bull and McLaren teams.'

Martins' Guest Column: Journey to the title made me a better driver (Formula 3)

'When I was crowned champion, the team was trying to get a French flag because we have a bit of a superstition. So, everyone, even me, I was not thinking about it. I think the team wanted to find one, but they also didn’t want to bring one from the workshop because of that and you always think if you bring it, it will not happen. We had to find one and I think someone in ART went to Alpine to get one.'

'The 2022 season averaged a Total Audience Delivery (including streaming viewers) of 1.30 million viewers across NBC, USA Network, Peacock and NBC Sports digital platforms, up from 1.24m in 2021. TAD is based on data from Nielsen and Adobe Analytics.'

'Out of 300 applications, 24 were selected (list below), representing 6 regions and 24 nationalities. They will attend the Singapore Grand Prix with least one year’s experience of officiating in any roles in their home country. The programme will give them their first experience both abroad and at a world championship event.'

Safety car Q&A: How can Formula One prevent a repeat of Italian Grand Prix farce? (The Times)

'That uncertainty is part of sport, and the Safety Car has its primary role to perform, too, keeping drivers out of harm’s way. It should definitely not be discarded. But if the regulations are not quite working, and the races frequently affected, then they should be reformed, because no one wants this argument to drag on.'

'The Safety Car held Russell for five minutes, crucially three laps behind then. This ate up much of the remaining laps of the race.'

Pato O’Ward and Alex Palou are taking part in a closed test in the MCL35M at Barcelona this week with our Testing of Previous Cars programme. pic.twitter.com/Sde5QtPyQS

Proud to finally announce that I’m a @MercedesAMGF1 simulator driver!

McLaren’s latest sponsor acquisition has a certain irony about it: