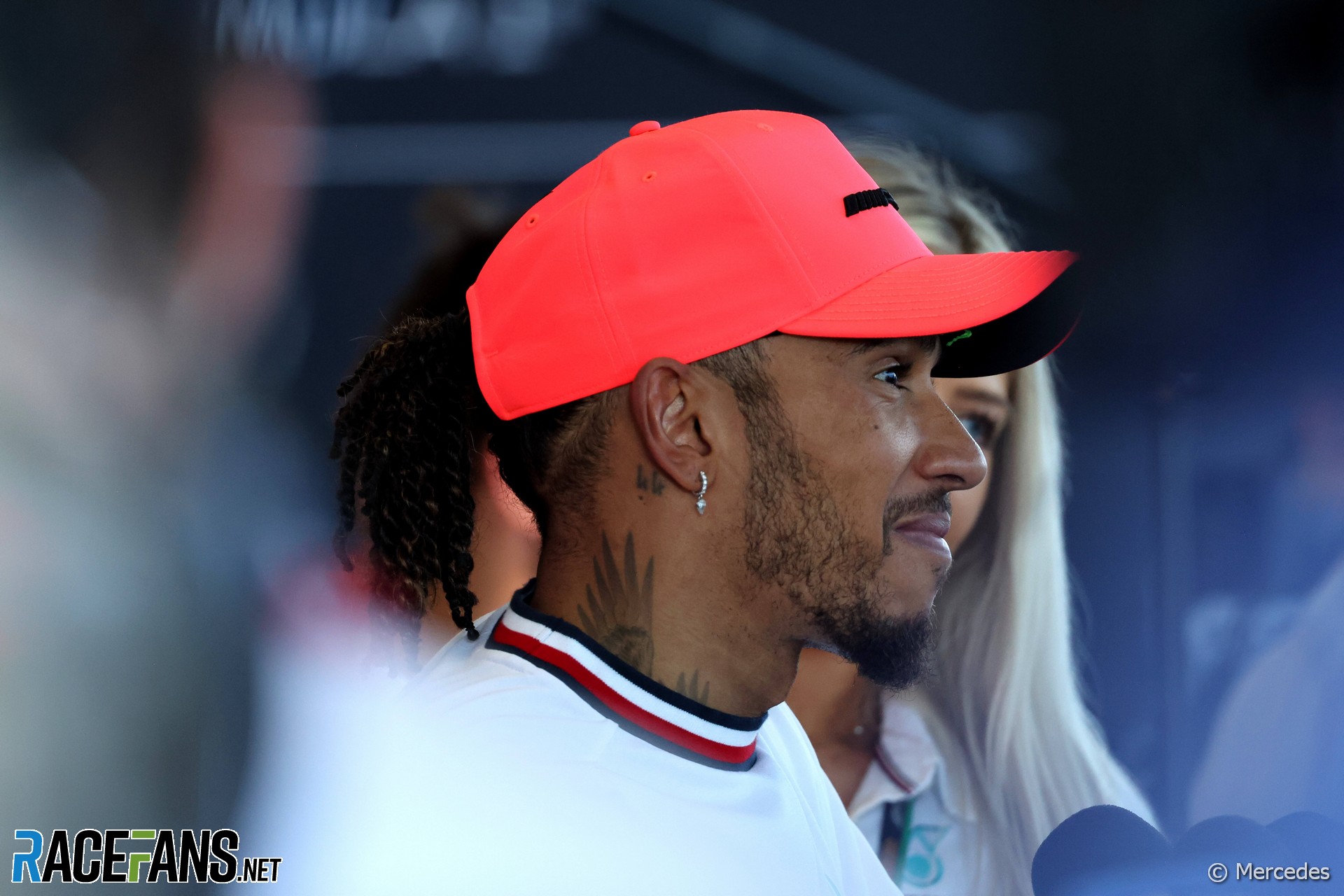 In the round-up: Lewis Hamilton admits the conclusion of the Italian Grand Prix reminded him of the controversial circumstances in which he lost the championship on the final lap of last season.

The Mercedes driver lost the championship last year when the Abu Dhabi Grand Prix was hurriedly restarted on the final lap, in contravention of the rules, after only a portion of the lapped cars had been allowed to unlap themselves. Yesterday’s race finished behind the Safety Car as race control ran out of time to arrange a restart.

Hamilton told Sky the final laps at Monza “bring memories back” of his title defeat. “That is the rules, how it should be, right?

“There’s only one time in the history of the sport that they haven’t done the rules like that today and that’s the one where it changed the result of the championship. But it is what it is.”

Nyck de Vries was given a reprimand for erratic driving behind the Safety Car following a near-miss with Zhou Guanyu. Alfa Romeo accepted the decision but head of trackside engineering Xevi Pujolar said incident had been potentially dangerous.

“It was a bit strange because De Vries suddenly slowed down in a way that Zhou didn’t expect and actually if we didn’t manage to avoid him, we would have just crashed into the back of him,” he explained. “So it was not ideal.

“That’s why drivers should not drive like this in this situation because it can be dangerous. The stewards decided that was okay, no further action. That’s what’s happened and we’ll take it like this. But for Zhou actually he had a bit of a surprise.”

The Formula 2 stewards apologised to Jüri Vips who served a more severe penalty than he was issued following a miscommunication. He was issued 10-second penalty contact with Liam Lawson during the race, but this was incorrectly described as as much harsher sanction.

“Due to an administrative error a 10 second stop-and-go penalty was shown on the timing screen from Race control,” the stewards explained. “The team correctly served the erroneous penalty as posted before it could be corrected. There is no mechanism to fix this error and an apology is offered to the driver and team.”

Ayumu Iwasa, who originally finished third in the F2 feature race and moved himself to fourth place in the championship, was disqualified after a technical inspection showed the rear plank of his car not to be in compliance with the minimum thickness. Iwasa’s exclusion promotes Enzo Fittipaldi to the final podium position and brings the number of classified finishers to 13.

In a pre-season survey of more than 50,000 IndyCar fans, the top four most popular drivers were from France (Romain Grosjean), Mexico (Pato O’Ward), Brazil (Helio Castroneves) and New Zealand (Scott Dixon). The only American in the top five was Alexander Rossi (one of eight full-time U.S drivers among 25 in Sunday’s race).

Exclusive: Max’s strong backing to keep Ricciardo in F1 — as rival who’s been there calls it a ‘luxury’ (Fox Sports Australia)

Verstappen: 'Yes, he has had his difficulties at McLaren. The car just didn’t really suit his driving style. But yeah, I hope he can continue because I think he still has a lot left in him to perform.'

Round 13 Feature Race: Thoughts from the top three (Formula 2)

Daruvala: 'One thing is winning, but the other thing is having really good pace, so we haven't had that in the last few weekends. So, I'm gradually pleased, it was a big step forwards and we're fighting back where we should be.'

Formula 5000 competitors will battle it out for the AUTO ACTION Rose City Cup for historic Formula 5000 cars. The original Rose City 10000 event was one of the biggest events for Formula 5000, which was the premier open wheel category in the 70’s and early 80’s.

But it wouldn’t be until the final laps what Antonelli moved any further forwards. He managed to pass Ugochukwu without issue then battled to find a way past Sztuka, who defended well but made himself vulnerable to Ugochukwu once Antonelli came through.

This photo now finally has an F1 point on it. Jokes aside, incredible job of the Dutchmen today. Proud! @nyckdevries @Max33Verstappen pic.twitter.com/UVw0P5SoVz

Would I do Monza again… nope! They really need to sort out how many tickets they are selling as there is no crowd control. Also get rid of the token system for food and drink unless they can keep up the demand for the amount of people attending! #Monza #ItalianGP

Hey @Autodromo_Monza/@F1, we don’t accept bullies in our sport. These men are harassing/bullying anyone wearing Max Verstappen hats until they take them off.

No security/officials to be seen anywhere to at least report them.

Carlos Sainz climbing the fence to take a selfie with fans and sign autographs. The cheers as he threw his hat into the crowds were deafening. Classy. #ItalianGP #F1 pic.twitter.com/rYBXifug9W

That finish could have been have been a roast dinner with all the trimmings but we were given a cold sprout! #f1 #ItalianGP

Are we really crying because race control didn’t red flag the race with one broken down car just for entertainment purposes? Come on! Sometimes it just goes this way. #F1

Let's just say this is Colton Herta's last IndyCar race for a bit. It won't be one he remembers.

After fans at home were dissatisfied by the lack of race restart, Depailler points out that F1’s spectacle is not particularly glamorous for fans at the tracks

I’m just on my way back from Monza to the UK. Really disappointed by the finish, and also feeling slightly cheated by F1. We fans pay a lot for the privilege of watching the sport. We paid to see a race and deserve to see one.

I met some fantastic people at Monza (including a taxi driver who gave me some fantastic recipes!) F1 is not treating fans well. Confiscating plastic bottles of water, then making them queue up to buy tokens, then queue again to buy water with the tokens is pretty cynical. I’m sure they will justify it on some grounds but in that heat it was not nice.

I’ve loved the track from afar for years, but disappointed (and sweaty) after today.
Depailler