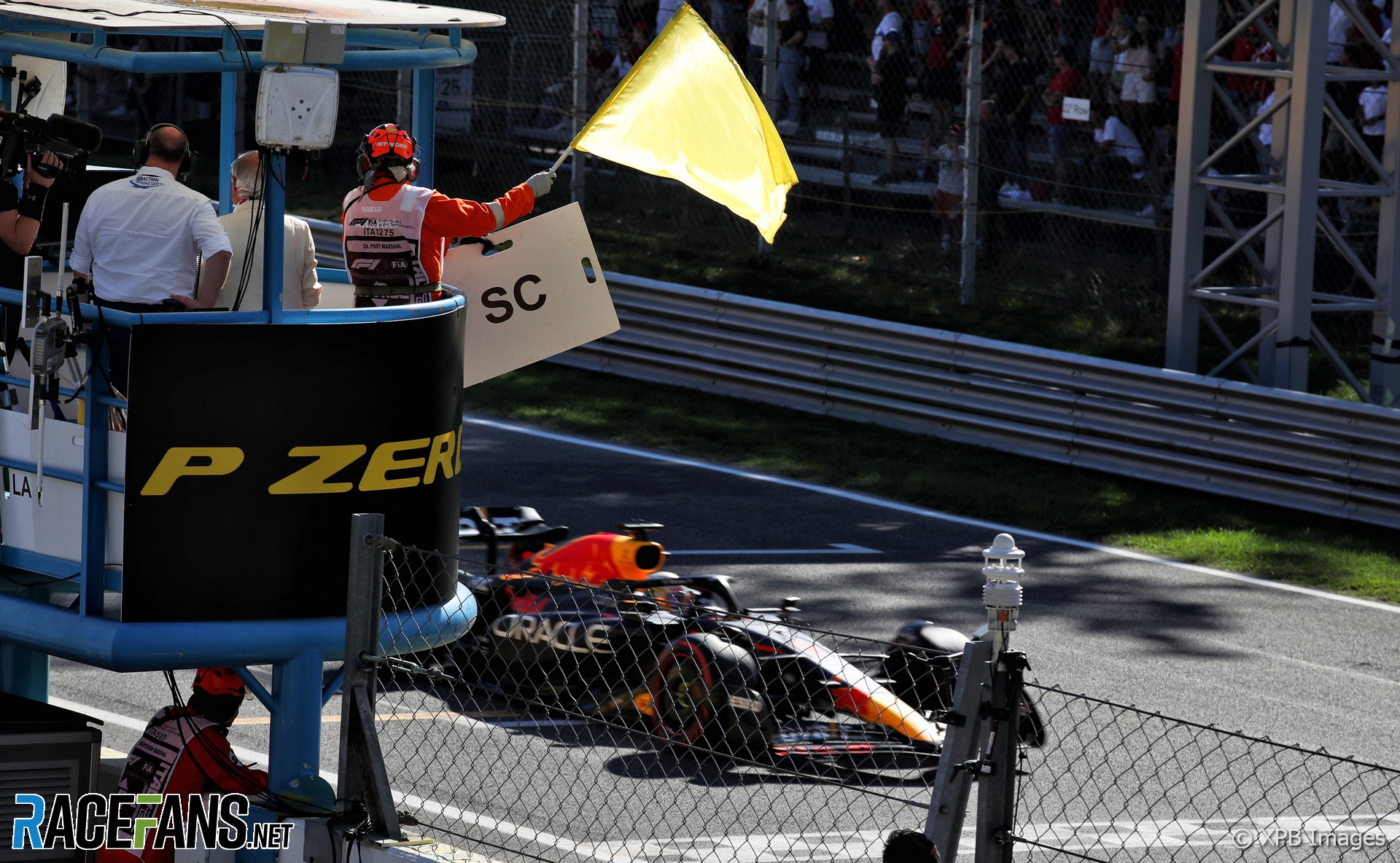 The FIA has explained why the Italian Grand Prix was not restarted after the Safety Car was sent out with six laps to go.

Max Verstappen led the field to the chequered flag after the race was neutralised while marshals recovered the stricken car of Daniel Ricciardo. Although Ricciardo brought his car to a stop without hitting anything and was a reasonable distance from a gap in the barrier through which it could be moved, the marshals were unable to push it and a vehicle had to be used to move it out of the way.

“While every effort was made to recover car number three [Ricciardo] quickly and resume racing, the situation developed and marshals were unable to put the car into neutral and push it into the escape road,” an FIA spokesperson explained.

“As the safety of the recovery operation is our only priority, and the incident was not significant enough to require a red flag, the race ended under Safety Car following the procedures agreed between the FIA and all competitors. The timing of the Safety Car period within a race has no bearing on this procedure.”

However Red Bull team principal Christian Horner believes the race could have been restarted in time had the Safety Car not initially been sent out in front of the wrong car. It led the third-placed car of George Russell for more than one lap instead of leader Verstappen, meaning the field did not form up behind it as quickly as it should have done.

Horner told Sky “they had more than enough time to get that going.”

“They picked up the wrong car and then they had to let all those cars literally catch up again. So we need to go through the details of it, but for me, there was more than enough time to get that race going again with a car that wasn’t in a barrier, it was parked by the side of the track.”