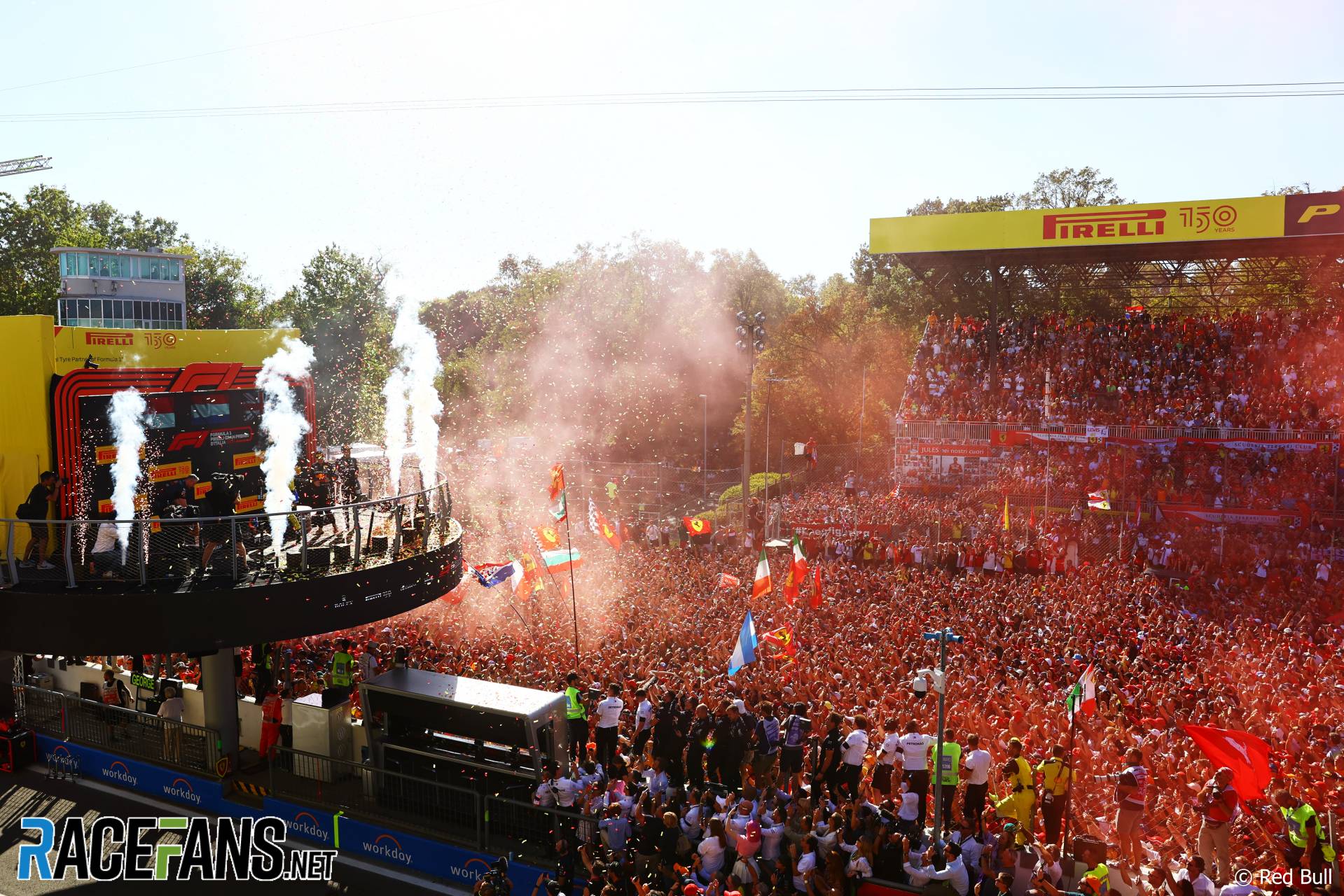 Formula 1 fans at the Italian Grand Prix were booing the FIA for their handling of the race, not winner Max Verstappen, Ferrari team principal Mattia Binotto believes.

Verstappen scored his 11th win of the season on Sunday at the expense of Charles Leclerc, who started from pole position for home favourites Ferrari. Some spectators were heard booing after Verstappen was acclaimed as the winner.

Binotto said it would be wrong for fans to jeer at a driver. However he believes their anger was really directed at the FIA, for failing to arrange a restart before the end of the race, which concluded with the Safety Car leading a neutralised field.

“Booing a driver is never great, especially if the driver has been Max, which today was the fastest driver on track and deserved the win,” Binotto told media including RaceFans. “So that’s not good.

“But I think that the booing from our tifosi [fans] was more toward the FIA and simply by booing the first and the winner it was trying to boo the FIA. The reason was I think because the people out there believe that the Safety Car could have been ended before and give still a couple of laps for the show today, for battles on track.”

Verstappen said he wasn’t bothered by the reaction even if the jeers had been aimed at him. “When it happens, of course, everyone speaks to me about it with the booing and stuff,” he said.

“But I mean at the end of the day I’m here to try and win the race, which we’ve done. Some people, of course, they can’t appreciate that. But that’s, of course, because they’re very passionate fans of a different team and it is what it is.

“I mean, it’s not going to spoil my day. I’m just enjoying the moment.”

Leclerc also said the fans were wrong to boo drivers. “I think nobody likes booing and I think it shouldn’t happen. That’s it.”

Despite warnings from the event organisers not to bring flares into the grounds, some were lit in the stands over the course of the event. During the qualifying session Verstappen abandoned a lap in Q1 when he mistook a flare in a grandstand at Ascari for a red signal.

However Leclerc believes fans should be allowed to light flares at certain times during the event.

“Personally, I think it’s okay when it’s used maybe before the formation lap, or laps to the grid or something,” he said. “But then sometimes during the race it can be a bit confusing for us.

“But it is the way it is. After the chequered flag there was a little bit but to me, this was not too disturbing.”