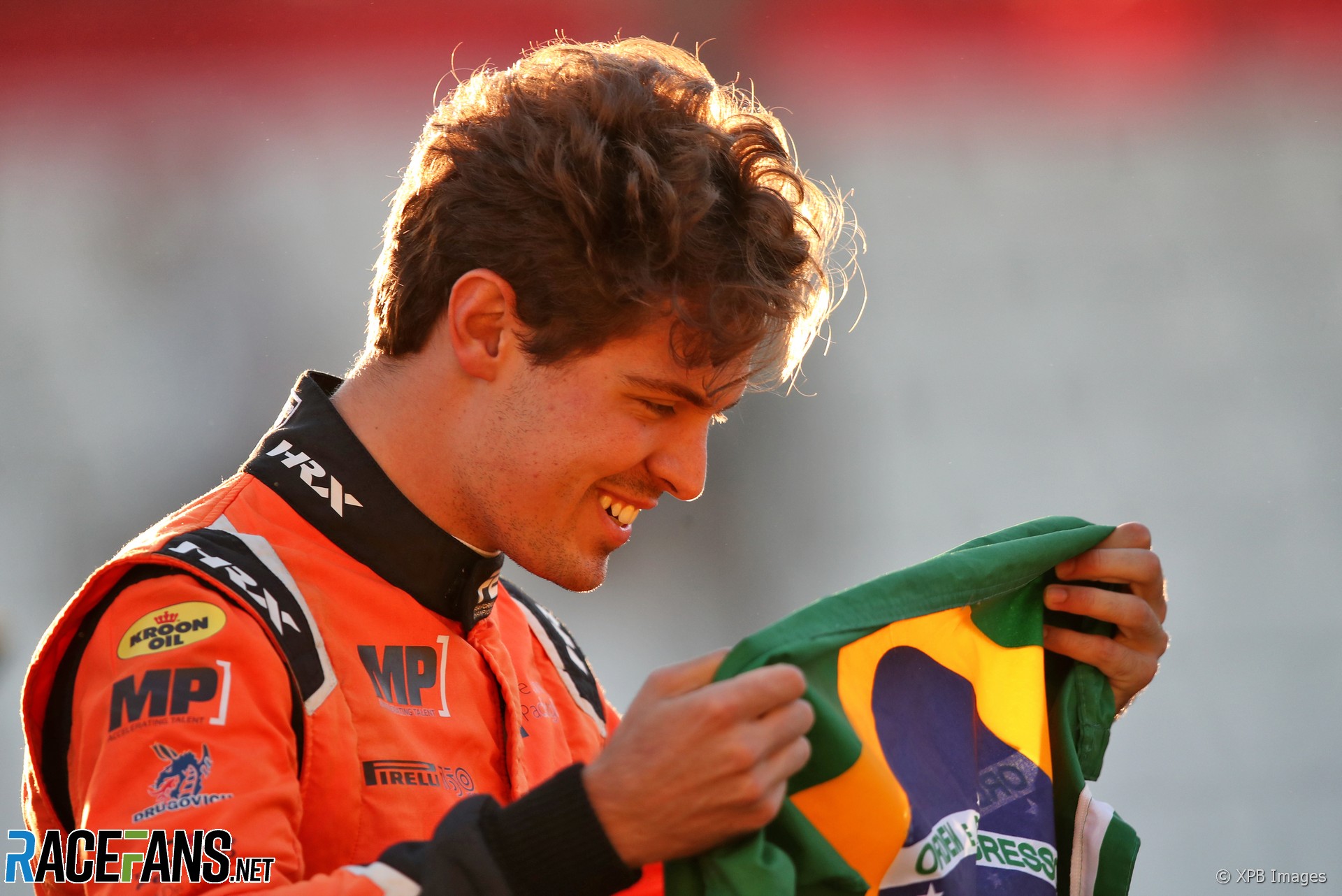 Newly-crowned Formula 2 champion Felipe Drugovich says he is still pursuing an F1 race seat for 2023, but is also looking at options as a reserve driver.

Drugovich sealed the F2 title following today’s Monza sprint race, with three races left to go this season. “I think it takes a bit of time to sink in and you actually realise you’re the champion,” he said.

“I think when you start you always have a dream of being in F1, but then going through you realise how difficult it is to be an F2 champion as well. It is everything you can do to match that dream and suddenly it just becomes a dream as well to be F2 champion.”

The 22-year-old, who is not backed by a Formula 1 team, saw off a clutch of rivals who are to claim the title. They include Théo Pourchaire, who is backed by Sauber which runs Alfa Romeo’s F1 team and Williams junior Logan Sargeant.

Despite not being connected formally to any F1 team, Drugovich said he is still pursuing opportunities within the F1 paddock for next year. “There’s a few places still available in F1,” he said.

“Obviously, it’s very difficult to get to the main seat. We’re trying but if not we’re going to try to get a reserve seat. But for the moment I’m just trying to get that main seat.”

If he does take a reserve role, Drugovich said he intends to follow the example of 2019 champion Nyck de Vries, who is making his F1 debut this as a substitute, by combining it with other driving to remain competitive.

“So I think I would consider something like that. But first of all, we need to put it the first place a Formula 1 plan and just try to be there one day and we can supplement that somehow.”

Drugovich watched the race that crowned him champion from the MP Motorsport pit wall, having retired following a collision with Amaury Cordeel on the opening lap.

“It was for sure not how I expected it,” he admitted. “I think at the beginning I was a little bit nervous because Théo was making up some positions. But in the end we figured out it was quite difficult for him to go up.

“It’s just something unreal. I think I’m going to really enjoy this for a long time.”

Drugovich admitted he almost didn’t race in F2 this year, which is his third in the category. “I have no idea what I was going to do if not F2 this year, even though it wasn’t the plan.

“I think for sure this title will open up a lot of opportunities for me and hopefully one day I can be in F1 as well. I think that’s the main targets and I will fight for it.”