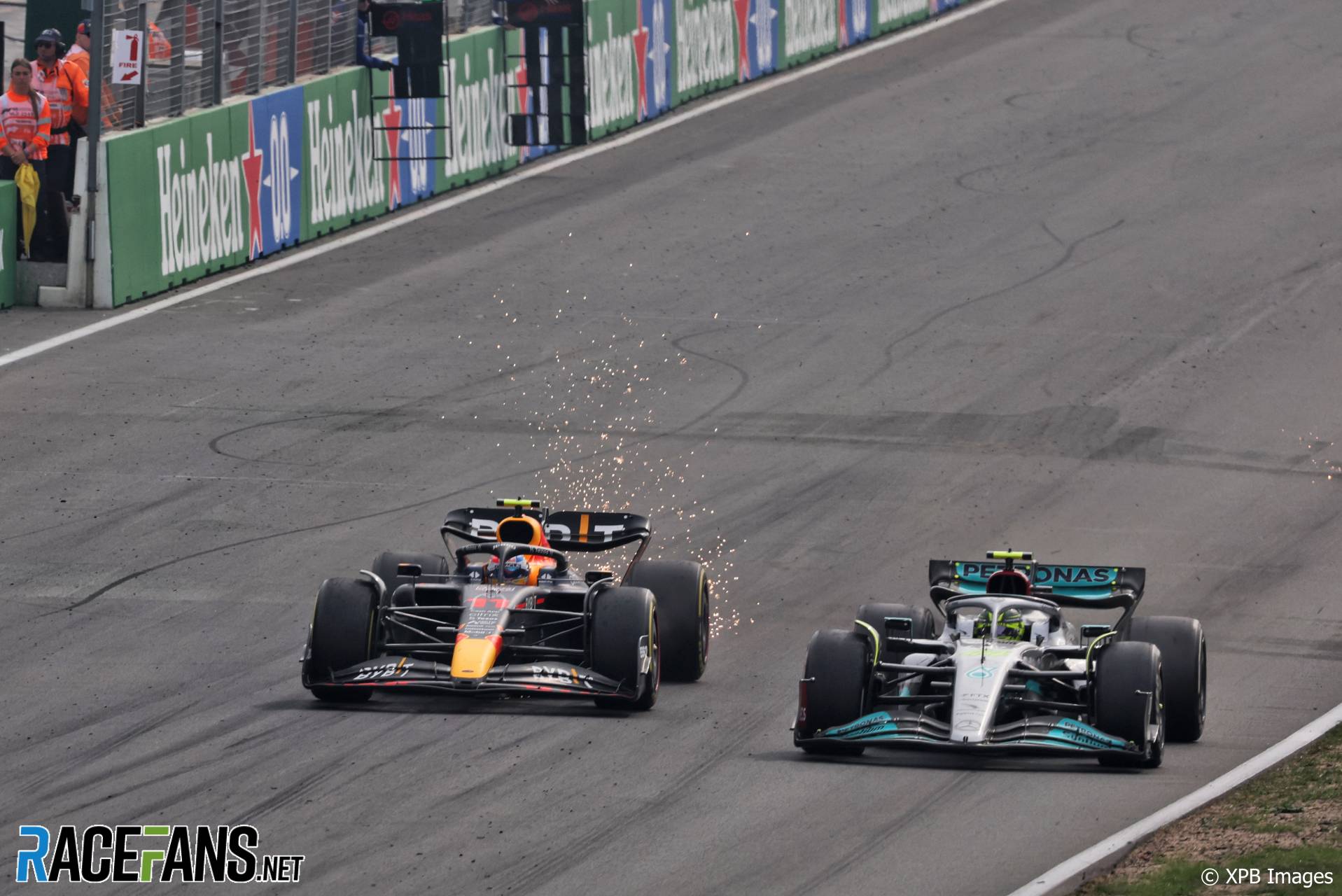 Lewis Hamilton says he has total faith in his strategy team after the call which saw him fall from first place to fourth in the final laps of the Dutch Grand Prix.

A frustrated Hamilton said on his radio the team had “screwed” his race as he dropped out of the podium positions following a late Safety Car restart. He apologised to the team for his comments afterwards.

Hamilton said he believes “100%” Mercedes have “the right team” in place on the pit wall. “We’ve got a group of young, super-determined individuals. Some have been here as long as me, and much longer in the team, who continue to be motivated every year. I 1,000% believe we’ve got the right team in place.”

The team’s race hung on a decision during the Safety Car period whether to pit for soft tyres. Race leader Max Verstappen took the opportunity, dropping behind Hamilton, while George Russell came in on the following lap and did the same. Hamilton stayed out on the medium compound, but was quickly passed by the pair as well as Ferrari’s Charles Leclerc.

The decision whether to give up the lead of the race and pit “wasn’t an easy call”, said Hamilton. “Of course, we could always look back, all of us can in certain scenarios and say we could or would have made a different choice. But that’s not life.

“We just learn from it and move on. I was hoping to get a podium. I was hopeful to get a first or second at least, but let’s move on.”

Mercedes team principal Toto Wolff said the team has “absolutely the best guys” in place on the pit wall and backed their gamble on splitting the strategies between Hamilton and Russell in an attempt to win the race.

“You’re always exposed when you take decisions and they backfire because you never have a 100% situation in the race. Things can go wrong and even you have a late Safety Car, accident or whatever.

“So I couldn’t wish for a better crew that takes the decisions in terms of strategy. And they did exactly what we discussed this morning with taking risks to win the race.”