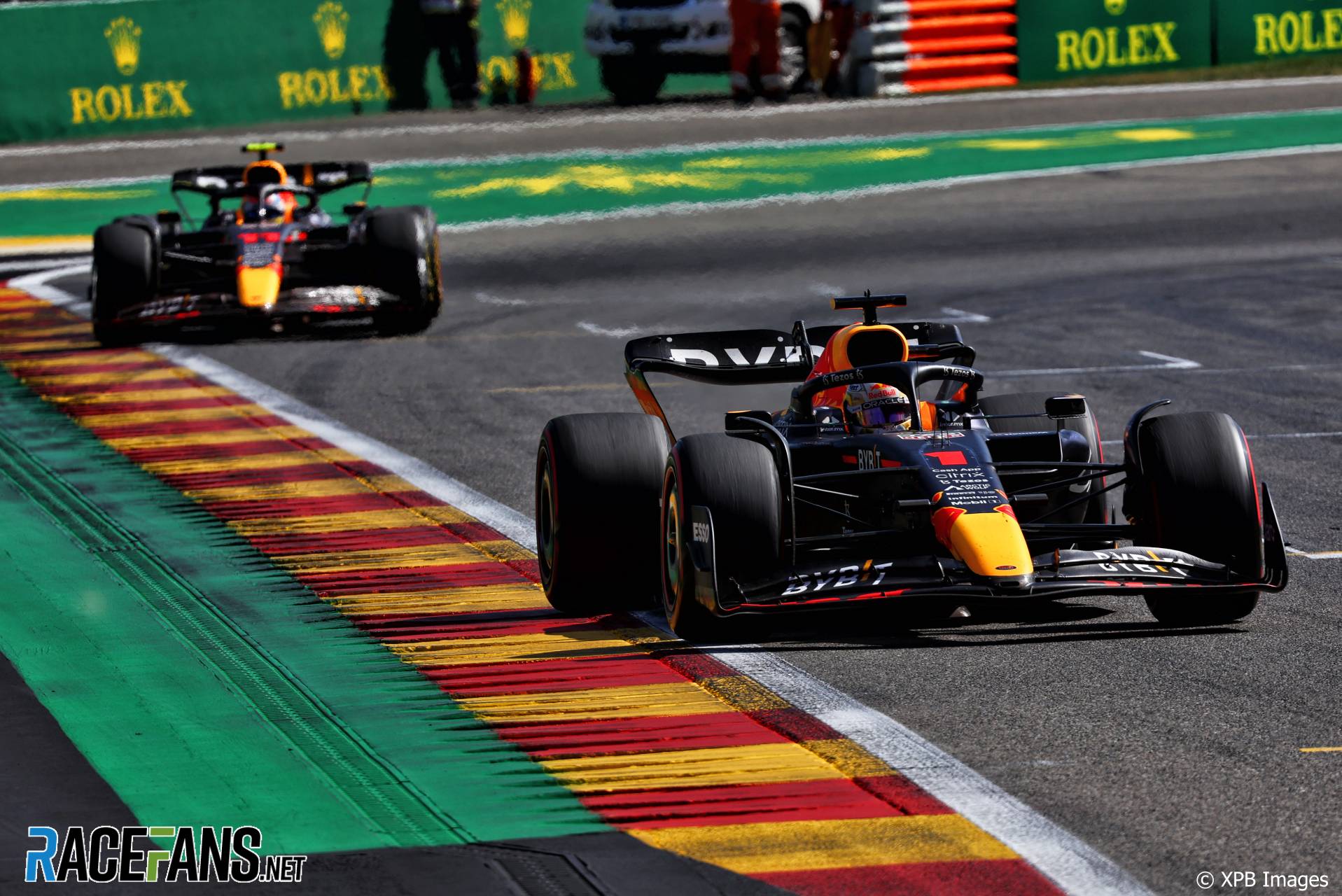 Ferrari are yet to understand what caused their performance gap to the dominant Red Bull in last weekend’s Belgian Grand Prix at Spa-Francorchamps.

Max Verstappen out-paced Ferrari duo Carlos Sainz Jnr and Charles Leclerc by 0.469 and 0.991 seconds respectively in the final segment of qualifying. Despite grid penalties which relegated Verstappen to 14th on the grid, he tore through the field to win with a 26.886s margin over the closest Ferrari.

Although Ferrari were faster than Red Bull through the circuit speed trap in both qualifying and the race, at a track where optimising a low-downforce car configuration is key, Verstappen and team mate Sergio Perez had a significant pace advantage in the race.

“They’ve been raising a bit the bar, race-by-race,” Sainz said of Red Bull. “But it doesn’t seem too far away ago when in Austria we out-raced them by quite a big margin

“In France, it was me passing the Red Bull of Perez having come from 20th, and there it was only two or three races ago now. So I don’t believe they can control as much as they did in Spa.”

Sainz was not worried by Red Bull’s Spa pace, but admitted Ferrari “can do things better in those sort of tracks.”

“Maybe I’m just being too optimistic or too hopeful that we will not see that happen again. But it is my feeling and maybe this weekend will prove me completely wrong, but we will see.”

Leclerc’s Belgian Grand Prix was compromised when he collected a visor tear-off from Verstappen in one of his brake ducts, causing overheating which forced him to pit earlier than planned. His pace after that was strong enough to bring him back up to fifth from 17th before a late pit stop – made in a failed attempt to snatch the point for fastest lap from Verstappen – earned him a five-second penalty that left him classified sixth.

He said the team’s strategy in the race was less of a concern than their deficit to Red Bull. “Most important is to understand the performance gap to the Red Bull because this was the biggest problem in Spa,” Leclerc said.

“We have some answers or at least we have some directions to push in and we’ll see. We can’t really apply what we’ve learnt in Spa here, but for Monza it will be important.”

As his starting stint on the soft compound tyre was cut short, Leclerc did not get to assess how his car fared with tyre degradation compared to Red Bull’s and was more concerned about the pace than Sainz was.

“I think it’s more probably a set-up direction more than anything else. But we don’t have the full confirmation. We have loads of little things that makes us think that it’s that.

“We’ll have the confirmation for sure in Monza, if we manage to get back a little bit in performance closer to Red Bull in Monza, then it means that we understood something.”

As for Zandvoort this weekend, a slow and twisty track compared to Spa and Monza, Leclerc expects “it will be a very different picture” and hopes “it will be a more in line with what we’ve seen in the first part of this year” in Ferrari’s competitivity.