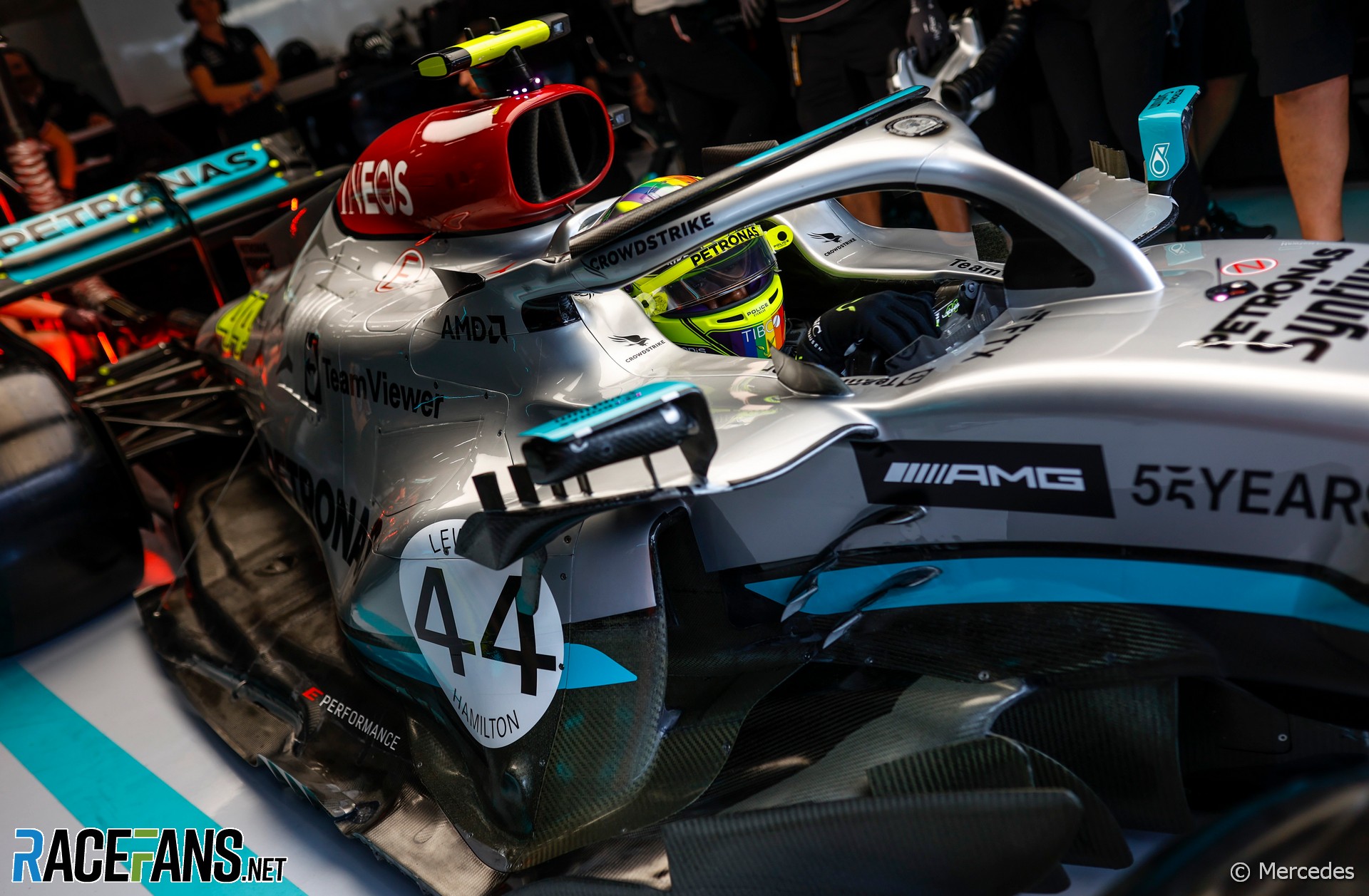 The team qualified poorly: Their top car was 1.8 seconds off the pace, set by Red Bull. Although Lewis Hamilton and George Russell started fourth and fifth on the grid they were promoted from seventh and eighth by penalties for their rivals.

However, while Hamilton retired following a first-lap collision, Russell climbed to fourth at the finish, closing on the Ferrari of Carlos Sainz Jnr over the final laps.

Wolff admitted the difficulty the team is having in understanding its car was hampering their development of the W13. He was unable to point out which part of the design needs to be looked at as a priority to increase the car’s performance, but conceded there could be a single shortcoming which is causing other problems.

“Today, we’re getting it wrong. The non-correlation in the various areas is causing us not performing,” he said. “Now, maybe there is a single thing that overshadows everything, and therefore we are not doing it justice to question really every part of the car.

“Are the tyres something that we fundamentally don’t understand and actually all the rest is good? Or is the aero messing it up, or the mechanical balance? I think that is so difficult to dissect. And that’s to the point of if you never lose, you learn.”

Mercedes’ performance had been “totally sub-par” in qualifying but much more competitive in the race, Wolff admitted. “[We were] beaten by the Alpines, Albon very strong, Valtteri right there, Norris probably.

“Then in the race at times we go three seconds a lap faster. There’s big question marks about what’s going on. It’s not where we should be. We have the structure and the knowledge to understand a racing car, but we don’t with this one.”

However Wolff said the team will continue to tackle their problems in the same way as before.

“I can tell you it’s fucking difficult, all these nice Instagram posts and everything we talked about for eight years, how we’re going to take this when you’re right in there in the dungeon, to stick to your principles and to your values, keep the spirit up and really continue to relentlessly seek to get better. There’s more to write a book about this year than there is about the last eight years.”

While he remains confident the team still have a chance to win a race before the season is over, Wolff admitted the W13 is “not going to have the highest place in the Mercedes-Benz Museum in Stuttgart.

“It’s maybe going to go in a little bit of a case.”