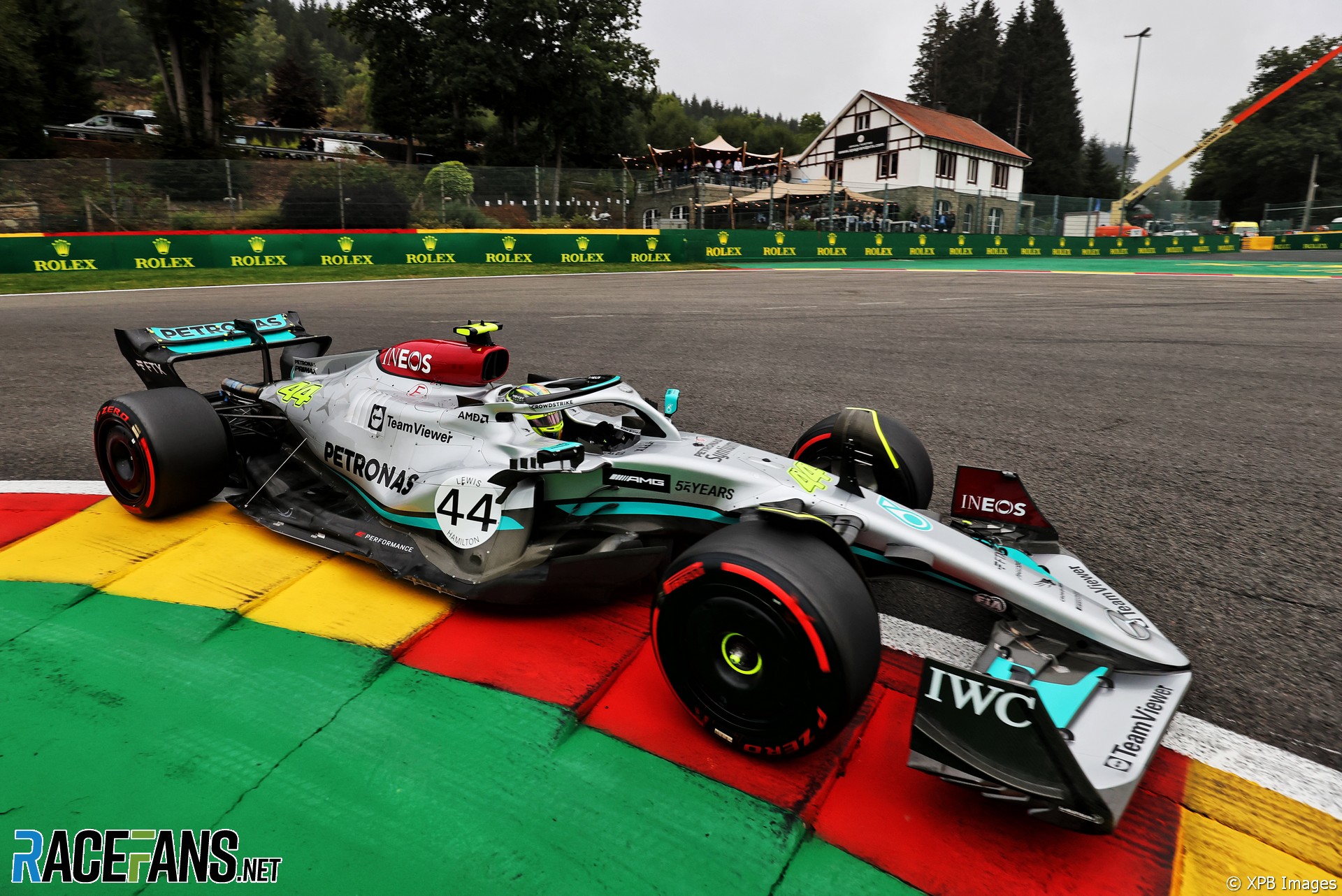 Lewis Hamilton said the performance of his Mercedes was “way, way worse” than he expected in qualifying for the Belgian Grand Prix.

The team took pole position for the previous race in Hungary and brought updates for this weekend’s race, raising expectations of their performance at Spa-Francorchamps. However Hamilton, the team’s top qualifier, was 1.8 seconds off pace-setter Max Verstappen in Q3.

“It doesn’t make sense,” said Hamilton. “I tried everything. I put everything on, I put everything off, changed wings, changed set-up. I’ve done everything this weekend, tried a lot of things. And it’s surprising to see us – maybe they’ve moved forwards, I don’t know if they’ve got upgrades or not, but it’s difficult.”

Hamilton had been unperturbed by the team’s apparent lack of pace after practice yesterday, pointing out they tend to lag behind on Fridays. “I never thought we would be two seconds off,” he admitted. “It’s way, way worse than I thought.”

However Hamilton said he has a responsibility not to allow the car’s lack of performance to get him down. “I don’t want to use the word ‘disappointment’ because you’ve got to remember there’s 2,000 people back at the factory who are working so hard to get it right,” he said.

“Of course I wish that we’d got it right and we brought upgrades that brought us forward. I wish we were fighting at the front but it isn’t the way it is.

“It hurts, believe me, it hurts. But at this point you’ve just got to laugh it off and say ‘I’m not fighting for a championship’. If I get too serious and too low, I’ve got a responsibility to try and keep morale high. You’ve got to keep pushing, You can’t be discouraged. Yes, it sucks and it’s slow.”

He said the team has to focus on ensuring next year’s car does not inherit the problematic traits of their W13.

“We can’t change anything overnight so all we can do is just work with what we have,” he said. “We don’t know how fast or slow we’re going to be tomorrow. It’ll be a surprise if we’re closer than we think, that’s the biggest gap we’ve ever had in qualifying.

“What we will do is talk about meetings we’re going to have next week and talk about the steps, where we want to be with next year’s car. What are the problems here, what we can take from our understanding of the data we have here and apply it to make sure the next car is not like this one at all. That’s what we’re working on, that’s what I’m trying to work on.”