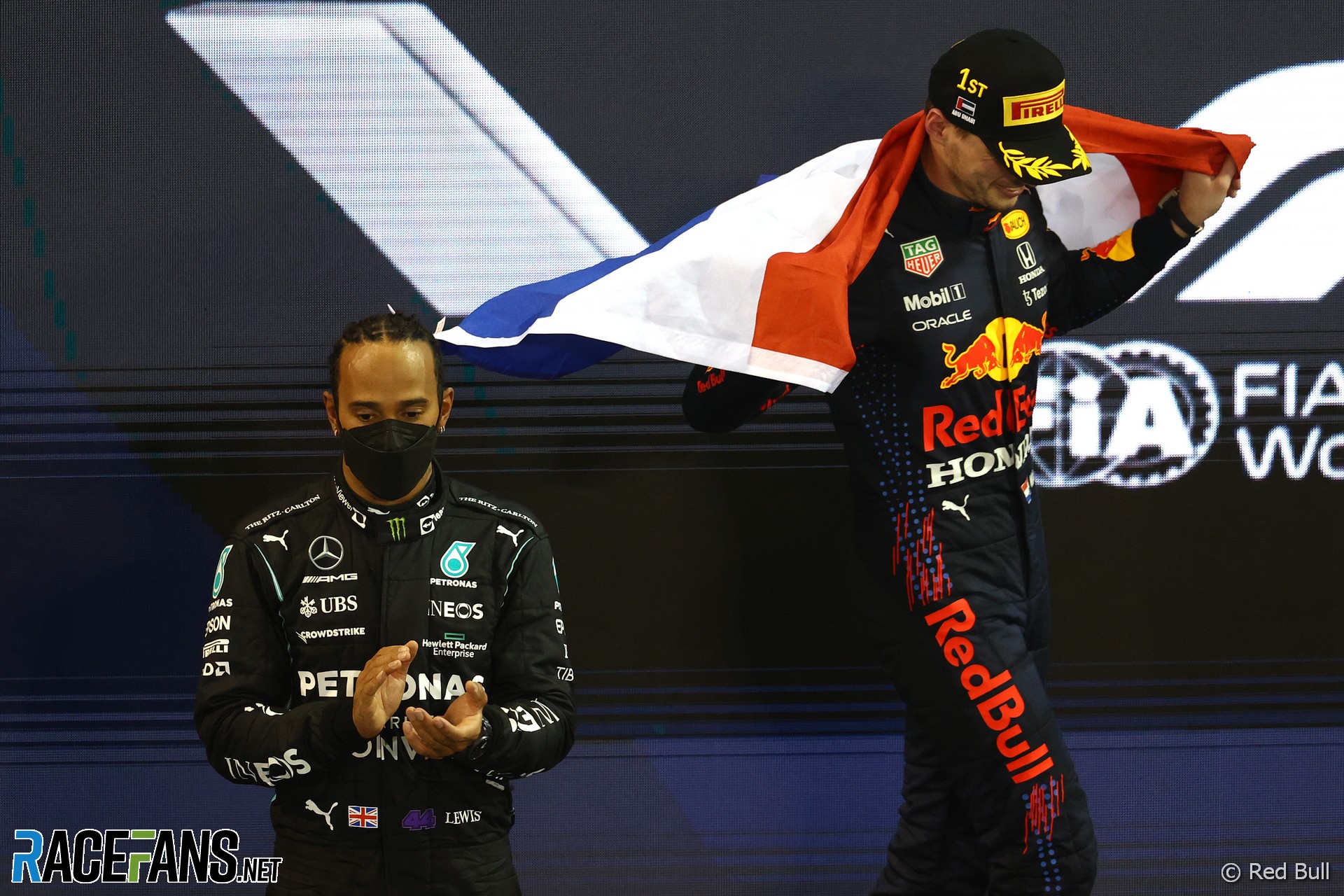 An average of 107 million people watched last year’s season finale in Abu Dhabi live, according to F1. However the title-deciding race ended in acrimony when the destiny of the championship was changed by a controversial restart, which the series’ governing body later admitted was arranged in violation of its rules.

Four days passed before Mercedes dropped their bid to appeal against the result which cost Lewis Hamilton his eighth world title, which confirmed Max Verstappen as championship. But the fallout from the race continued for months.

The FIA enacted wide-ranging changes to how grands prix are run, the most significant of which was the ousting of F1 race director Michael Masi. It published a report detailing the errors made by Masi, who subsequently left the sport’s governing body. He and Nicholas Latifi – whose crash triggered the Safety Car period which preceded the restart – both received abusive social media messages including death threats.

Despite the controversial end to last year’s season, Domenicali believes F1 has emerged with its reputation intact.

“In terms of image, it’s like when there is a football World Cup [final] and there is a referee that’s making a mistake and there is a penalty given that is not there, but it’s there. So I don’t think that is a damage of the reputation, of the solidity of the championship, because that’s something that can happen.

“What I see, to be honest, is that the FIA has taken seriously that fact and they want to change it and to improve the system. But at the end of the day, the performance of all the people involved in F1 has something related to his personal capability or personal skills or personal good decision or personal mistakes. And this is something that will be always in every sport.”

Domenicali made it clear that, as the FIA’s report found, there was no evidence of foul play in Masi’s decision.

“What I can, because otherwise I wouldn’t be in this position, I never, ever think that someone is doing something on purpose to be against someone. This is something that I cannot accept because if I would have a little doubt about it, I wouldn’t be here.

“You can have mistakes, yes, 100%. You can say mistakes, teams or drivers, everyone can do it. But I don’t want to judge something that could have been because of a personal vision of something that has happened as a damaged reputation for F1.”

F1’s rising popularity demonstrates the series weathered the storm it faced at the end of 2021, Domenicali believes.

“If you look [at] what is the follow-up on what we are having this year, it’s immense,” he said. “So if that would be so negative, I wouldn’t see the numbers of people that are coming to the races or following everywhere around the world.”

Race promoters have promoted huge sales for the upcoming events, he added. “From Belgian up to the end, all the grands prix are sold out,” said Domenicali. “So a lot of people have already booked the tickets to come.

“So Belgium every day will be more than 120,000 people; Zandvoort, you can imagine, the same; Monza more than 250,000 tickets sold; Singapore sold out and that’s really something that is already a reserve. So I really hope that we’re going to have a great race and a great second part of the season.”

As Verstappen leads closest rival Charles Leclerc by 80 points with nine races remaining, the prospects of this year’s championship fight being decided at the final race appear slim, Domenicali admitted.

“From the commercial perspective, I would love to see another season where you going to arrive at the last lap of the last race – maybe with less this confrontational point – because that would be terrific, it would be fantastic.

Prior to becoming F1 CEO, Domenicali spent decades at Ferrari, eventually rising to the role of team principal. He was at the team when Kimi Raikkonen achieved one of the greatest upsets in F1 history to win the championship.

“Remember 2007, two races to go, we were behind by 17 points and Kimi was able to win the championship in Brazil and no one was expecting that. I know it’s a big number, but I don’t see why Ferrari should [not get] back again in the fight with Red Bull.

“Red Bull is a very strong team, Mercedes will grow. But really the only thing that I can say – because I cannot comment on what because of my position, as you can understand – is that they shouldn’t give up at all up to the last moment. Because we’re going to have a lot of a surprises, I’m sure, in the second half of the season, in all dimensions. So mistakes, reliability, weather conditions, who knows?”