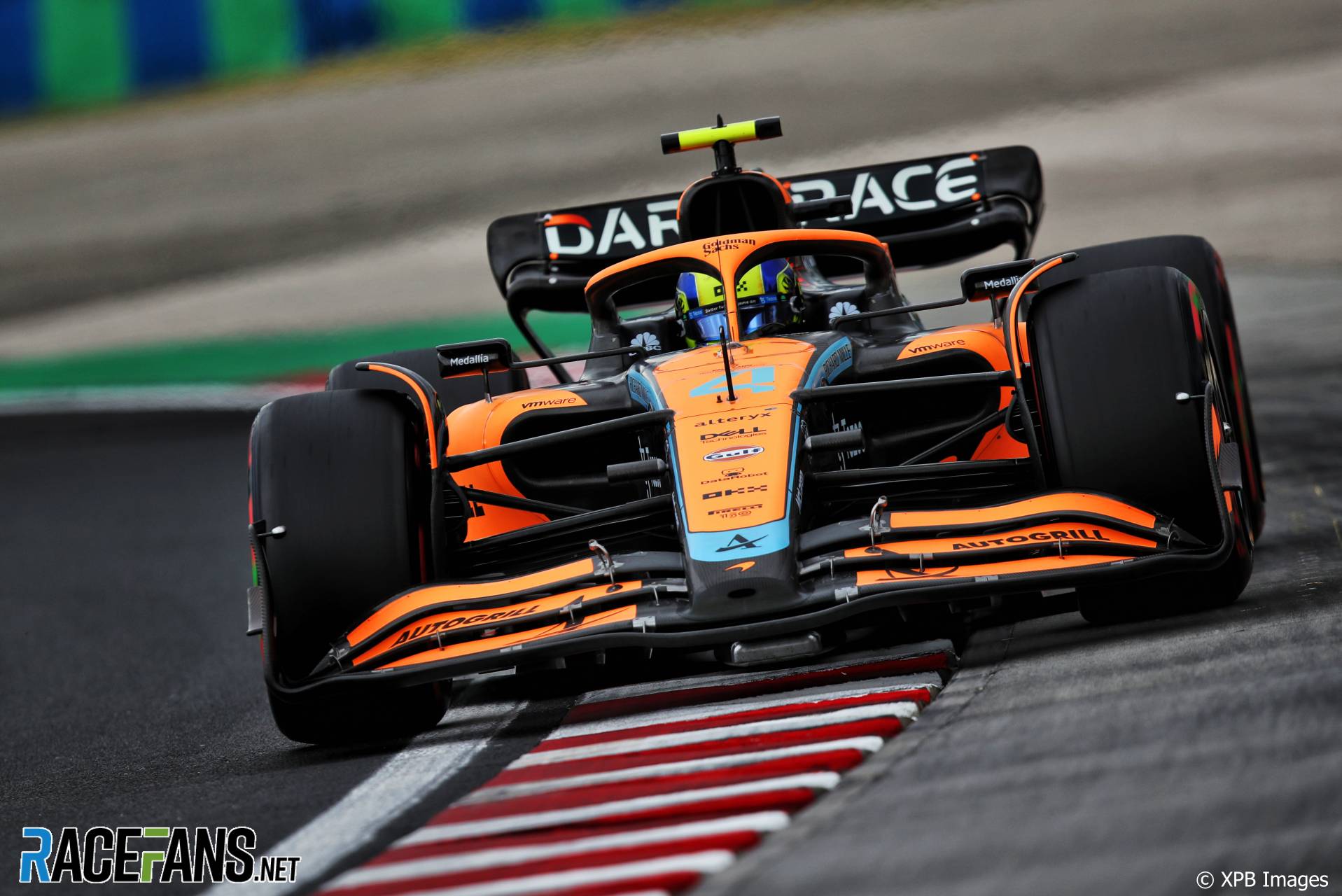 In the round-up: McLaren team principal Andreas Seidl has faith his team will have a strong second half of the 2022 season.

McLaren “set for strong second half of the season” – Seidl

McLaren team principal Andreas Seidl has faith his team will have a strong second half of the 2022 season.

Mclaren are fourth in the constructors’ championship, just four points adrift of Alpine. Lando Norris beat both Alpine drivers, Fernando Alonso and Esteban Ocon, to seventh place at the last race before the summer break in Hungary.

“Overall obviously to be seeing now where we have been in terms of performance [in Hungary] – clearly been the fourth fastest team – yes, it’s encouraging for me,” said Seidl.

“A good finish of this first half of the season… because we haven’t forgotten how we started the season with the issues we were having on the brakes, with battling at the end of the field in the Bahrain race weekend. The strong reaction the team has shown after that, that’s also something which I’m very happy with. I think it’s now set for a strong second half of the season on our side, which we also need in order to make sure we stay in this battle for P4.”

Kimi Raikkonen retired from the NASCAR Cup series race at Watkins Glen after being involved in a restart accident halfway through the race.

The 2007 Formula 1 world champion started the 90 lap race from 27th of the grid, highest of the debutants in the field including Daniil Kvyat and Mike Rockenfeller. After the race began in wet conditions the track gradually dried out, with Raikkonen climbing to as high as ninth place in the second stage.

After a restart on lap 45, Raikkonen was hit by Loris Hezemans exiting the Bus Stop chicane as a group of cars tried to avoid Austin Dillon after his car was spun by Ross Chastain. The contact bounced him into the tyre barrier, damaging his car enough to force his retirement.

“I had no time to react,” Raikkonen told NBC. “I had good fun. I had good confidence in the car all the time and had some good battles. It’s a shame.”

Kvyat and Rockenfeller also failed to finish the race. It was Raikkonen’s only planned race appearance in the premier division of NASCAR.

What @smclaughlin93 has shown on the ovals in just 2 short years is remarkable. He is an incredible talent with a massive future. We keep knocking on that door at the ovals every time and when it finally opens look out! Wins are gonna come fast and furious! #thirsty3s https://t.co/OgMV3Fml9O

I think if a fan ever did this for me in the USA I would use it as evidence for my US citizenship https://t.co/Rzchw99US1

"Jos Verstappen and navigator Harm van Koppen have shown on the third and final day of the WRC Ypres Rally Belgium that they feel at home in the world of rally. The pair driving a Citroen C3, prepared by DG Sport Competition, in the Rally2 class scored some fine results."

"You are the key to a successful Grand Prix! Just follow the rules on site and have fun doing it. Have respect for everyone! Don't bring glass, alcohol, smoke, drones, weapons... Bikes are not allowed inside the circuit, park your bike at the Blanchimont entrance!"

"Another instance of sportswashing occurred at the weekend when a world heavyweight title boxing match with Britain’s Anthony Joshua was staged in Jeddah. Saudi oil money is also flowing into the rebel LIV golf tour, Formula 1 racing, global gaming and eSports."

"Round 8 of the 2022 Japanese Super Formula Championship was held at Mobility Resort Motegi in Tochigi Prefecture on Sunday 21 August, with Yuhi Sekiguchi (carenex TEAM IMPUL) taking his first win of the season and the first in three years."

"Takeshi Kimura flashes his lights in celebration but loses the Fanatec GT World Challenge Asia race at SUGO by just 0.4s after slowing down to cross the line!" 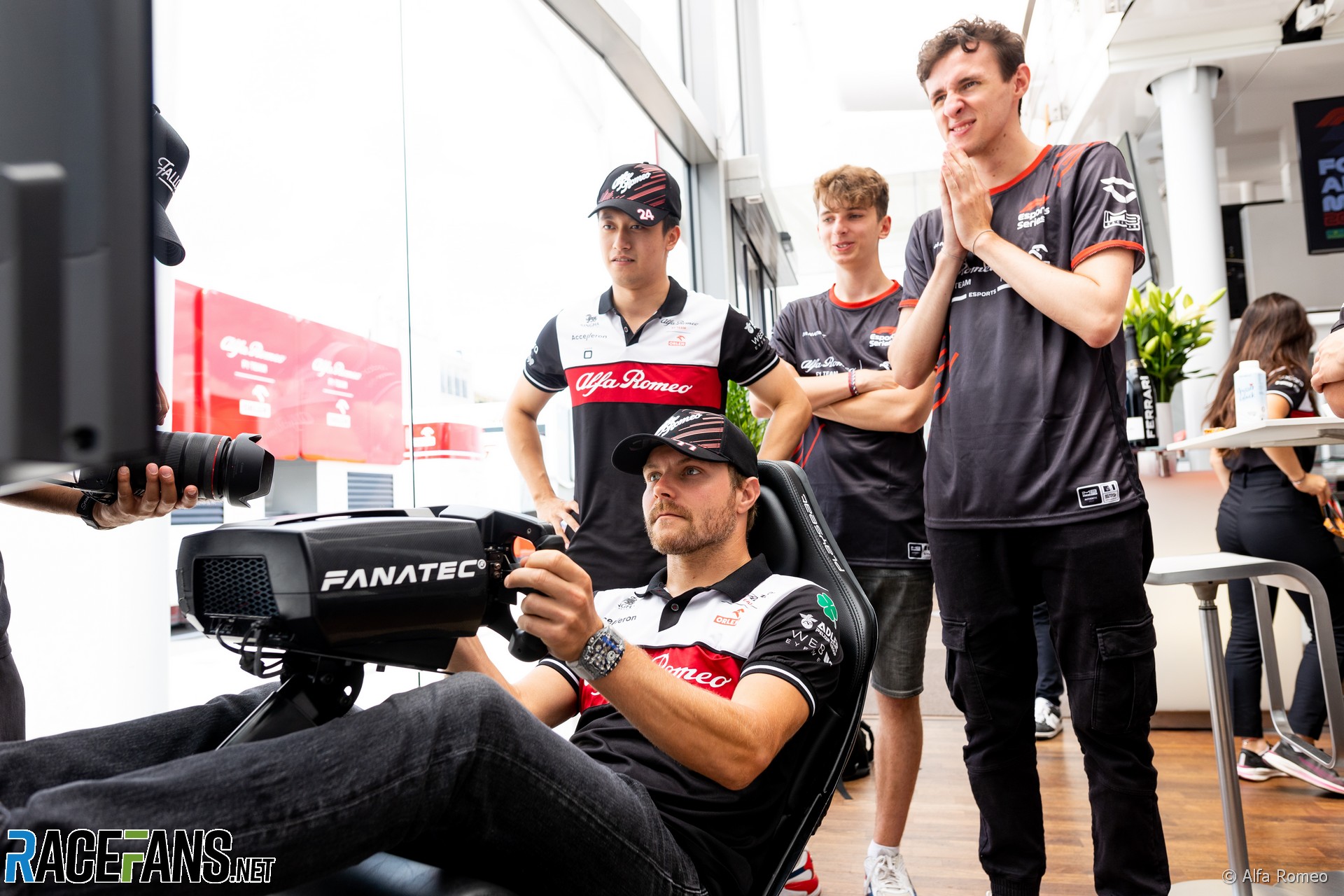 After hours of post-race debriefs and millions in R&D costs, Valtteri was pleased to see his request for dedicated red, green and blue shell buttons had finally been implemented.
Robert McKay

Thanks to everyone who came up with caption idea this week and a special mention to NinjaBadger, Tommy C and charliex who all came up with particularly good captions.