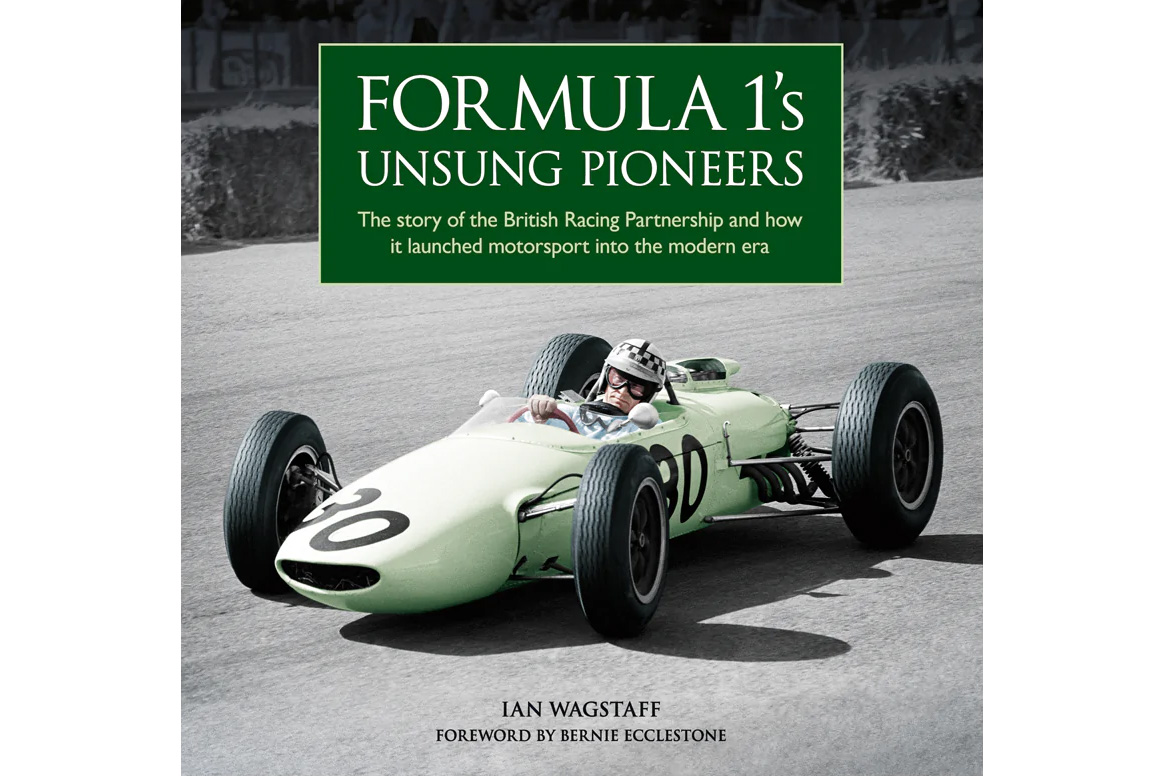 ‘Formula 1’s Unsung Pioneers’ by author Ian Wagstaff is the story of the British Racing Partnership team and constructor. For fans of late 1950s and early 1960s motorsport, this is another unmissable publication from Evro.

British Racing Partnership (BRP) is a team with a fascinating pedigree. Originally formed in partnership between Stirling Moss’s father Alfred and former manager Ken Gregory, it was set up predominantly as a home for Stirling’s racing endeavours when he was not under contract elsewhere.

BRP are probably best known as having prepared the car Moss was driving when he suffered his career-ending accident at Goodwood in 1962. However, as ‘Formula 1’s Unsung Pioneers’ covers in superb detail, BRP can take the credit for far more than that – including being early adopters of monocoque technology as constructors and being one of the first fully commercially sponsored Formula 1 teams.

Ultimately, it was a story that would end in disappointment. But it is a fascinating tale, one that takes a different path to many of the manufacturer or team books covering this era which tend to stick to the big hitters.

A proper coffee-table tome that is beautifully illustrated throughout, this isn’t one to carry to the beach, but will find a good home on collectors’ bookshelves.

Read all the RaceFans book reviews.

Motorsport commentator Ben is RaceFans' resident bookworm. Look out for his verdict on the latest motor racing publications on Sundays....
Read more about Ben Evans, find all their articles and get in touch with them